Timing is Everything: Jim Carroll’s 5 Rules on Aligning to the Future!

Here’s a big issue to wrap your head around – increasingly, your opportunity for future success will come from your ability to get the timing right!

That issue has been the focus of an increasing number of my keynotes as of late:

Those are just a few examples – the issue of timing has been a core focus of many of my keynotes over the last 2 years, and so I will be rolling it out as a separate topic. Much of it is based on the Gartner Hypecycle, which has, for a long time, offered an invaluable path for the arrival of any new technology and concept. 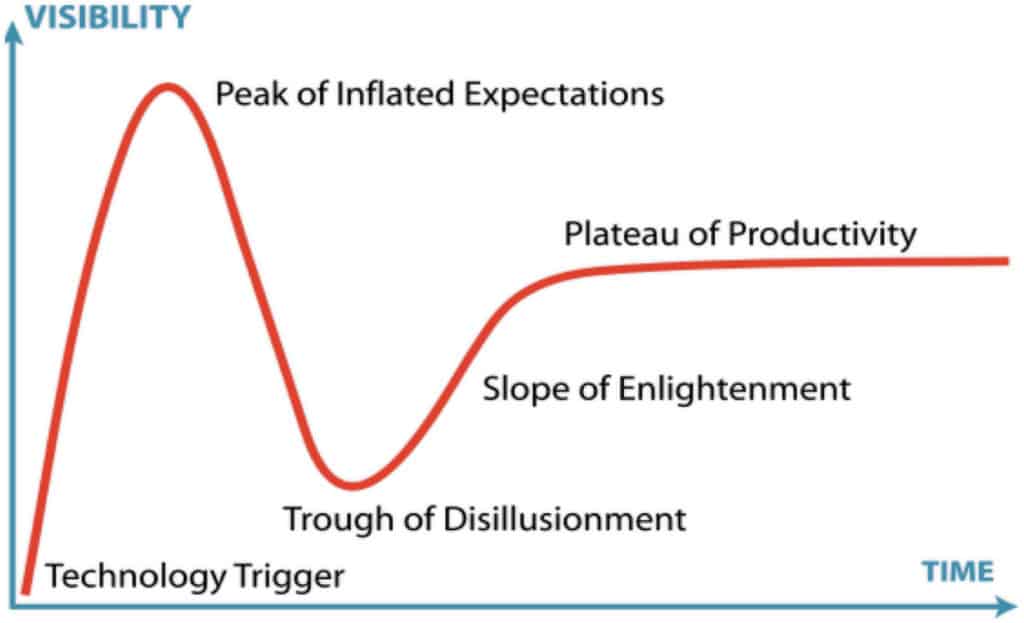 With that in mind, here are my basic “5 Rules to Determine the Arrival of the Future”

1. The future happens, but eventually

Follow the Hypecycle. It’s here, but not mature, until the Slope of Enlightenment and the Plateau of Productivity.

2. The future is usually slow, and then, instant

Kevin Kelly, founder of Wired Magazine, came up with this one.  As I explain on stage, any particular trend can bubble along in the experimental and discovery phase for a time – and then, suddenly, unexpectedly and rapidly, mature and suddenly become very, very real. You need to be ready when this happens!

3. Technology puts great uncertainty on the accuracy of rules 1 and 2

If you have those two rules down, get ready for this one. In essence, every industry is coming to change at the speed of ‘Silicon Valley’ because they are becoming tech companies. This throws every assumption about the pace of change in the industry out the window, because, well, technology.

And it’s not just fast tech that changes every industry – it’s faster science. By way of example, right now I’m watching a trend involving ‘real time customizable food programming’ – basically, the marriage of genomics, food, health and wellness, medical devices and mobile technology into one big super-trend. One of the driers of this trend is the acceleration of DNA sequencing or genomic science – which is making the potential for this trend faster still!

5. Just when you think you’ve got the future all figured out, kids come along

And last but not least, many industries are ruled and overseen by slow, ponderous, tech adverse baby boomers – folks who grew up with COBOL and punch cards. They’re starting their retirement wave, and as the next generation takes over, watch out! They hold no inhibitions when it comes to fast, new, disruptive ideas!

There you have it! These issues have been featured in a few of my daily inspirational quotes over time.

“As they say, timing is everything, particularly when it comes to the issue of getting involved in any particular trend. In the era of acceleration, it becomes even more critical. You’d better make sure you are ready with any trend of importance and relevance, because the future might happen before you know it.”

I spend a lot of time on stage talking about the issue of timing on stage, particularly in the context of the “Gartner Hypecycle.” It’s been a key go-to on my client innovation guidance for well over 15 years. The interesting thing is that it’s really risen to the forefront in the last year, particularly as technology journalists have trie to explain the rise and fall of the BitCoin bubble.

The other thing about timing? The future is staggered and uneven – it doesn’t happen everywhere all at once. It’s phased by location, sector, and other discrete perspectives. Think about self-driving vehicles – we’ll see them happen in some ways faster, and in other ways, slower. I was in New Orleans, saw some crowded streets, and it was the perfect opportunity to talk about the issue of timing.

That’s why my mantra to “think big, start small, scale fast” gives a key shoutout to timing. “Start small” implies that you should be on board with any particular trend, despite the potential immaturity it might have, because you want to make sure that you understand it, have experience with it, know how to work with it – and are ready to go when it “goes supernova!”