Daily Inspiration: “Your excuses are usually a pretty poor eraser of your reality!”

“Your excuses are usually a pretty poor eraser of your reality!” – #Futurist Jim Carroll 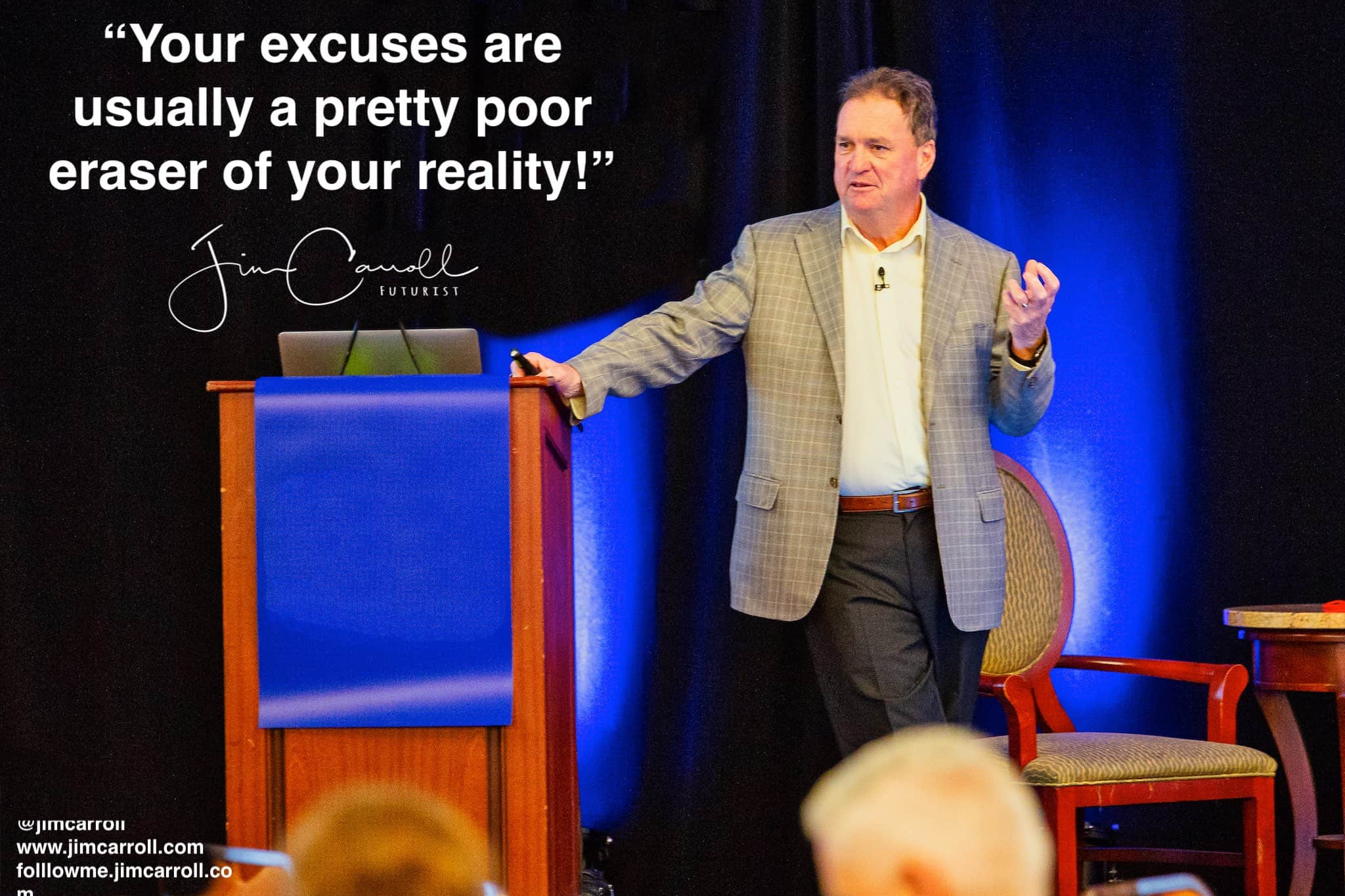 In other words, you can’t lie your way into a reality that isn’t real – the truth will eventually set your reality free!

As someone who focuses on stage on the issues of business innovation, I will often talk about how excuses are one of the most incendiary fuels for failure.

Example: when it comes to the disruption of business models, I see far too many people make excuses for what happens when a new competitor with a better idea or product appear on the scene. “We tried it but it didn’t work.” “We didn’t see that coming.” “Sorry, we didn’t have the budget!”

People offer up a stream of excuses that they use to try to cover up their failure, but eventually, the future catches up to them.

We’re seeing that right now with many legacy car companies and Tesla. Clearly Tesla owns and is setting the pace for 2 major trends : electric vehicles and cars-as-computers. Not only is Tesla lapping them everyone else in the race to the future, but it’s almost like the other companies aren’t really in the race!

And so what do we hear senior executives in legacy auto companies talk about? They offer up a stream of excuses as to why they weren’t ready when Tesla was; that they are working on it but are not quite ready; they don’t think the consumer is really up for it.

In effect, they try to hide their failure behind a veil of excuses. But the trends are obvious, and the reality of their situation becomes clearer every single day.

When it comes to problems and challenges in life, people love to reach for an excuse. It’s easier to try to come up with a plausible denial than it is to admit a mistake; we like to try to create a persona of perfection despite the obvious blemishes that exist.

And yet when the excuses start to pile on top of one another, you can end up with an avalanche of destruction. You work harder to try to hide the obvious and make up for your series of steps fo failure.

Eventually, though, your excuses catch up with you.

So stop trying to make them in the first place, and confront reality.