Daily Inspiration: “Abandon your mediocrity – it’s not a good look!” 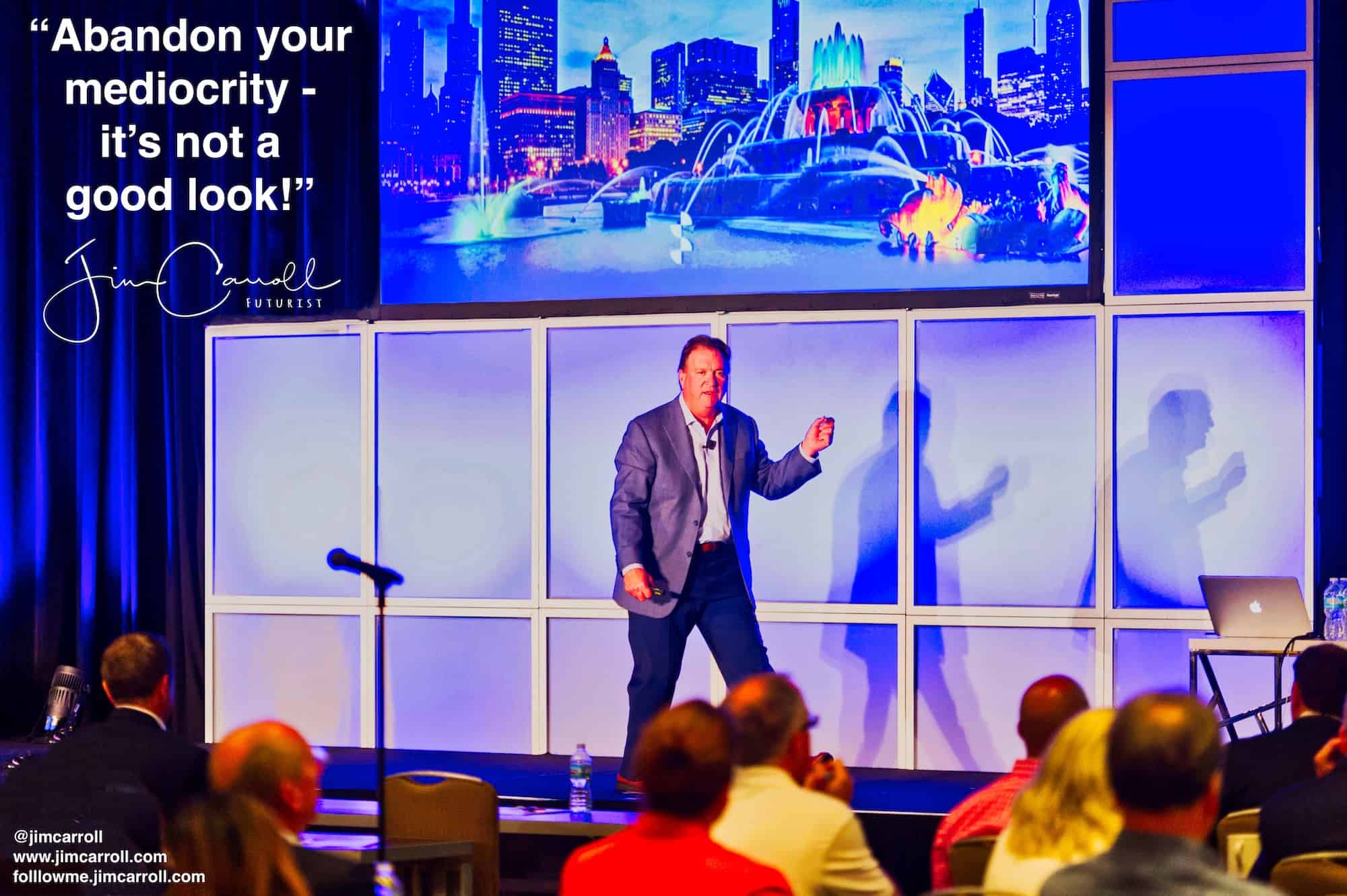 People don’t like to hang out with negative people, and would rather spend time with someone who has a winning mindset than a loser. That means if you have a mindset that carries mediocrity into every aspect of your day, guess what!

Innovative and creative people have a radar for defeatism, and when they sense it, they’ll quickly distance themselves. That’s why if you see me on stage, I’ll often reference the fact that optimism is oxygen and mindset matters – not only for yourself but for the team of people around you.

Being mediocre also implies that your goals are too small, your vision is narrow, and your effort will be marginal. That’s not what cuts it in todays’ day and age. The pace of change and the arrival of new ideas is so sweeping that the crazy becomes mainstream faster than ever before. If you think small, you’ll be small!

Elon Musk didn’t set out to build an average car – he set out to transform an industry. Steve Jobs didn’t want to just build a new type of mobile phone – he wanted to fundamentally change the nature of how we think about a portable device.

Neither of them were marginal in their goals nor mediocre in their efforts.

Here’s another way to think about it: at what point does being ‘good enough’ stop being good enough? Is your goal to be average? To always just be a little bit marginal in your results?

If that is the way you think, you have some thinking you need to do!