Daily Inspiration: “When the village is raising an idiot…”

“Look, if the village is raising an idiot, it’s probably a good idea to leave town!” 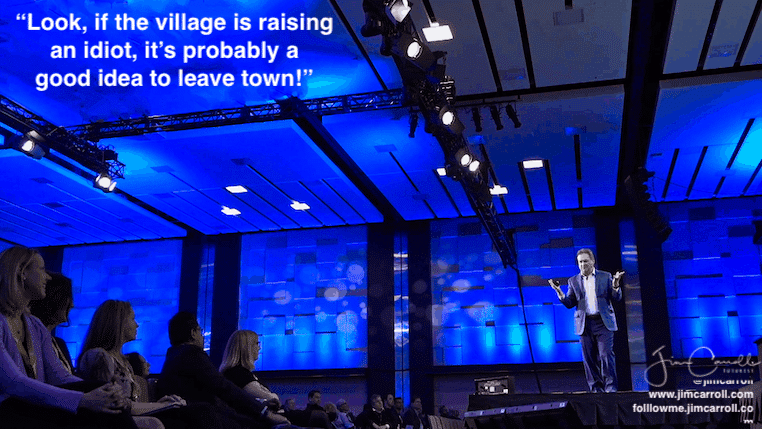 Oh, and the earth is flat, man didn’t walk on the moon, JFK was assassinated by little green men, and the holocaust never happened.

That’s the insanity of the world that we now live in.

Here’s an interesting thought – in the era of the Jetson’s, where do you think companies are going to choose to locate future economic investment? In an area or region that subscribes to the ideas of the crazy, goes to the church of the lunatic fringe, and embraces the ideals of the white supremacist?

Or, will it choose to locate in an era of open minded, progressive, future-aligned people who think that science is a real thing?

I’m off to Indiana later today; tomorrow, I’ll speak to several hundred utility executives from small and mid-sized towns throughout the state. Utility is being massively disrupted by science. According to Bloomberg, 90% of the $150 billion to be invested in energy in the future will go into wind, solar, renewables, battery storage tech, microgrids, EVs and more. Only a small portion will go into natgas, oil, nuclear….

So these regions really have a choice. Wind doesn’t provide power 24 hours a day? Um, there’s this thing called battery storage technology, and it is fundamentally re-architecting what we can do with renewables through advanced architectural design that loads it into the grid only when required.

I know that my audience in the morning will be a mixed bag – and I won’t be able to reach those who are busy with an idiot.

But I will tell my story of the reality of the future to those who still have an opportunity to leave town.