Daily Inspiration: “Failure always finds the future for a fool!” 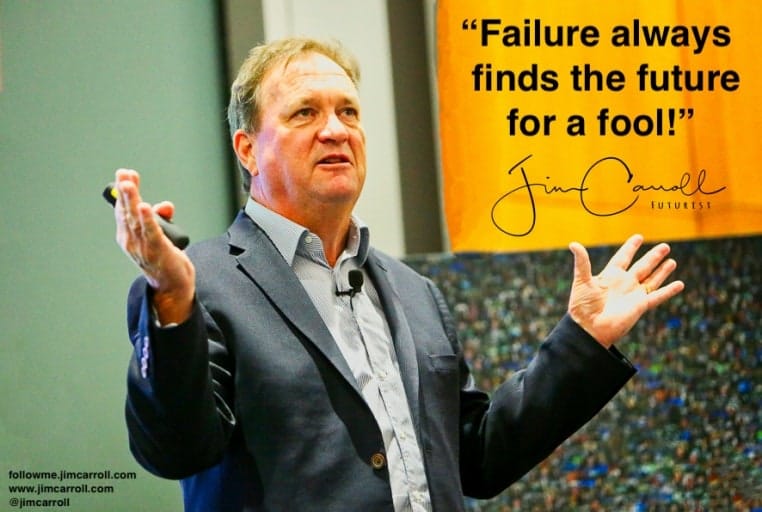 So I was talking about the acceleration of battery storage technology last week during a keynote in Florida at an energy conference. Quite simply, we are seeing such rapid advances that we are hitting big opportunities for non-carbon energy – wind, solar – faster than anyone expected.

Then, of course, some idiot had been making fun of wind energy at some event with a bunch of other idiots. I guess he doesn’t understand that there is this thing called, up, energy battery storage technology?

The world right now seems to be made up of two types of people – idiots, and other people. For a time, the idiots – with a belief system that is anti-science, anti-logic, anti-progress and devoid of any sense of humanity and decency – have been on the ascendant.

Or, one can hope!

I regularly encounter such fools in my work. People in the audience who think that their business model is unbeatable. That the product that they sell will never have to change. That their current competition will always be the same competition. That the customer will never demand more in the future than they demand now.

Over 25 years, I’ve seen some of these fools go on to greater non-success. Umm, Motorola had me in for a keynote in 2006. I took them on a rocket ride tour of the future that would unfold – and looking back, I was 95% right in what I spoke about. But I had a bunch of people in the room who believe that their current smash hit phone, the Razr, would always be a world class winner. How did that work out?

Today, make a decision – stop believing the fools. Because the future will find their failure. You don’t want to be a part of it!