Daily Inspiration: “Don’t be that person who just points out the problems. Solve them!”

“Don’t be that person who just points out the problems. Solve them!” – Futurist  Jim Carroll 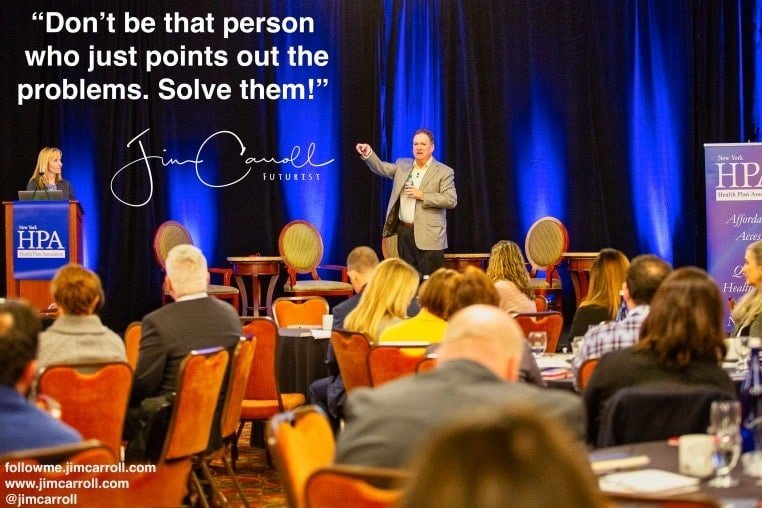 Too many people complain about things without having any idea as to what to do fix the challenge that exists. They are in a mindset in which it is all too easy to criticize, but they aren’t able to offer anything that would help to deal with the next steps.

It’s better to be a fixer than a whiner!

Take a look at the things you’ve done in the last month. Did you mostly complain? What solutions and ideas did you offer up? What barriers did you put in the way of innovative ideas? Where did you suggest that the status quo is good enough?

At one moment did you move from being a person of action to be a barrier in the pathway to progress?

Sometimes, it takes a conscious and deliberate effort to admit that you have a problem with personal creativity. The first step is to recognize it and admit it. Once you do that, the rest doesn’t necessarily come easy, but it’s a pathway to eventual progress.

How do you do it? Try to accelerate your curiosity!

I’ve always liked the children’s book series which involved Curious George and the Man in the Yellow Hat. It was fabulous to read to my kids, as it featured this adorable little monkey who was always thinking about things, and always ended up getting into trouble as a result. It made me think about the link between curiosity and future trends and innovation.

That’s why I was quite intrigued when I recently came across a study released by Merck — what they called their “First International Curiosity Study” — which featured some not-so-unsurprising results.

– more than 8 out of 10 people from Germany, the US and China agreed that “a curious person is more likely to bring an idea to life at work”

– even so, the majority did not describe themselves as innately curious– only 20% did!

– instead, the majority described themselves as ‘organized, collaborative and detail-oriented’

-curiosity came in 12th place on a list of attributes! (funny and talkative beat out curiosity, if you can believe it!)