Daily Inspiration: “Has your product and strategy suddenly become something from the olden days?”

“Has your product and strategy suddenly become something from the olden days?” – Futurist Jim Carroll 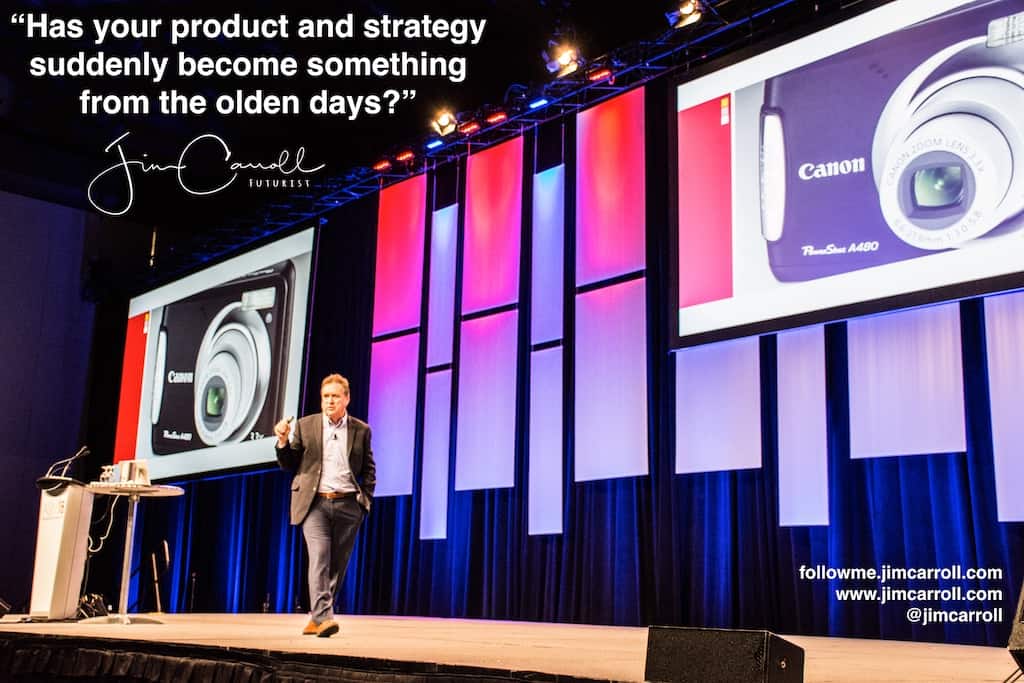 We live in a time in which some new products arrive to market already obsolete.

Take a look at the dashboard of your 2015 automobile. It’s already old, out of date, from ancient times. Compare it to a Tesla, which is an upgradeable iPad-like device on wheels – updated regularly with a simple software rollout. Cars have become computers, and Detroit can’t keep up!

Many years ago, my sons would quiz me about things around the house that they thought were from the ‘olden days’, and I was fascinated to realize that these were things that were a big part of my life. 35mm film, TV guides, paper airplane tickets, TV with knobs that turned.

Their Oma’s rotary phone was a marvel of mystique!

I ended up talking about this *a lot* on stage, and still do. The story made its way into a few of my books, and lives on in a number of blog posts.

As I wrote at the time: “The interesting thing is that each one of these examples, when examined in the larger sense, involves some type of sweeping industry, product or corporate change, and hence dramatic change upon the careers of hundreds of thousands of people.

In but a few years, the world has changed to a sufficient degree that my boys are growing up in a world that is dramatically different, even from that which existed five years ago.

I remain convinced that the rate of change is only going to increase, and that preparing people to cope with change is one of the most important skills we need to provide.

Ogden Nash once observed that “progress is great, but its gone on far too long.” That might be a worthy sentiment for some, but those who think like that are ill-equipped to cope in a world of tomorrow that will continue to be unlike anything we know today.”