Daily Inspiration: “In the era of acceleration, velocity defines opportunity!” 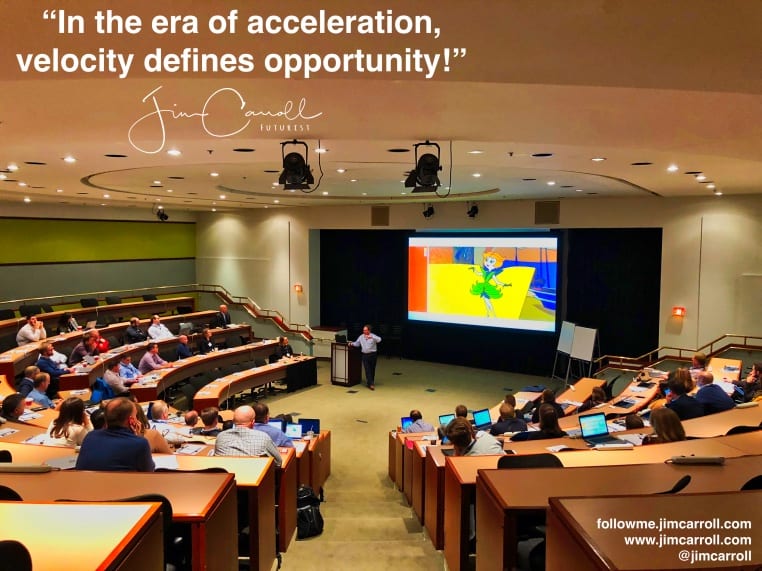 Did you know that Jane Jetson tried on clothes using virtual reality technology & had them delivered via Amazon Prime?

This photo is from my keynote in Chicago just yesterday, taken by someone at the client who carefully tracked my potentially delayed arrival with a pretty significant snowstorm. I made it to the event but with an hour to spare!

The quote about velocity? That’s the potential reality for the world of manufacturing and retail – and that concept was the focus for my talk yesterday for Baker Tilley, a large professional services firm.

While I might not have used the exact word as found in this quote, it was the essence of the message in my keynote yesterday.

The fact is, concepts like VR in retail might happen on a widespread basis sooner than we might think – there are already many early experiments. The impact is that in manufacturing, we will one day see the end of business models that involve the concept of inventory, as end-of-runway manufacturing utilizing 3D printing technology comes to take hold in some industries. Supply chains will shrink as more products are manufactured closer to the buyer. People will try on clothes using nifty VR tech and have them delivered later that day.

The key to turning the future into opportunity is to establish the culture and capability as an organization to move faster. To spot opportunities, and realign to their emergence faster. To abandon existing slow structure and develop new, agile capabilities. To remove the cultural barriers of resistance and replacing it with an attitude of adaptation.

It was a great event – even though it took a little bit of time to get there!