Self-driving and EV’s: Why It Will Happen Faster Than You Think!

Read the context of this quote. 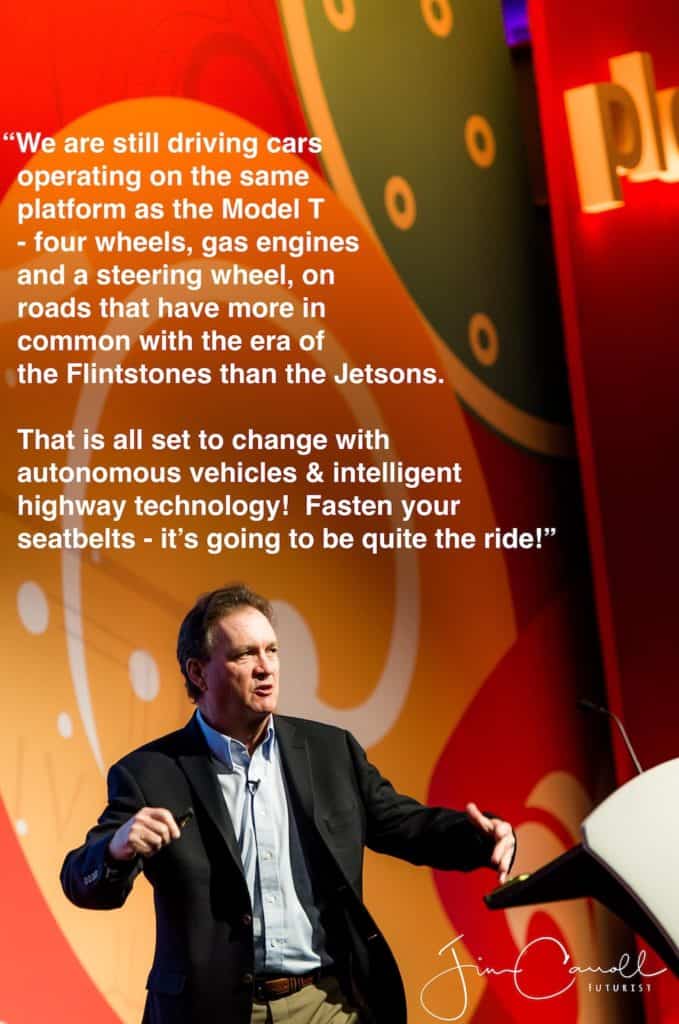 Then ask yourself this question: when will it happen? I get asked the question a lot; in fact, again yesterday while in the middle of a golf round.

Here’s how I explained the fact that I think it will happen sooner than people think:

As I explained in one recent keynote: cars and trucks are essentially hyperconnected intelligent-aware computers, being data-gathering and analysis platforms, that become an overall part of a massive new energy grid.

They aren’t really vehicles anymore, but essentially, something that is brand new. When something is new, it turns on the imagination and creativity machine of people world-wide, and that is happening at hyper speed today.

This is why organizations like Mercedes Benz, Chrysler, Volvo, Mac Trucks and others have had me in for my insight on the most transformative industry change occurring in our world today. Learn more from my keynote, “Accelerating the Auto Industry in the Era of Self-Driving Vehicles “