Daily Inspiration: “Maybe the worst assumption you can make is that you have enough time!”

“Maybe the worst assumption you can make is that you have enough time!” – #Futurist Jim Carroll 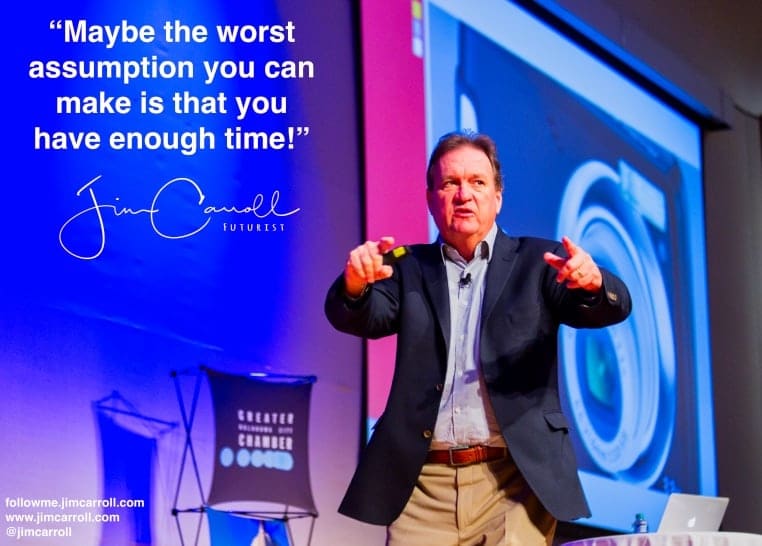 Blackberry didn’t. Neither did Motorola. Their hubris and arrogance led them to believe that they had plenty of time to deal with the fast paced change sweeping their industry. Obviously, they didn’t.

The interesting thing is that I led executive level sessions with both organizations. At Motorola, I led a 2 day session of their global R&D team – their goal was to think about what they should do to deal with faster change in their market and industry. I led them down the pace of agility, flexibility, and a world in which speed is critical. They devolved into an argument about the allocation of global R&D budgets. Poof! Similar arrogance and disbelief ruled the roost at Research in Motion, the home of Blackberry.

We now live in an era of instant obsolescence. I often tell the story on stage of how my sons — now 25 and 23– perceive many of the things which were once a part of my life as being from the “olden days.” The list keeps getting longer, faster.

Which begs the question : are you operating with enough agility and rapidity in order to ensure that your own company and the products it sells as being something from the “olden days?”