Daily Inspiration: “Stuck in a rut? Accelerate your imaginuity!”

“Stuck in a rut? Accelerate your imaginuity!” – #FuturistJim Carroll 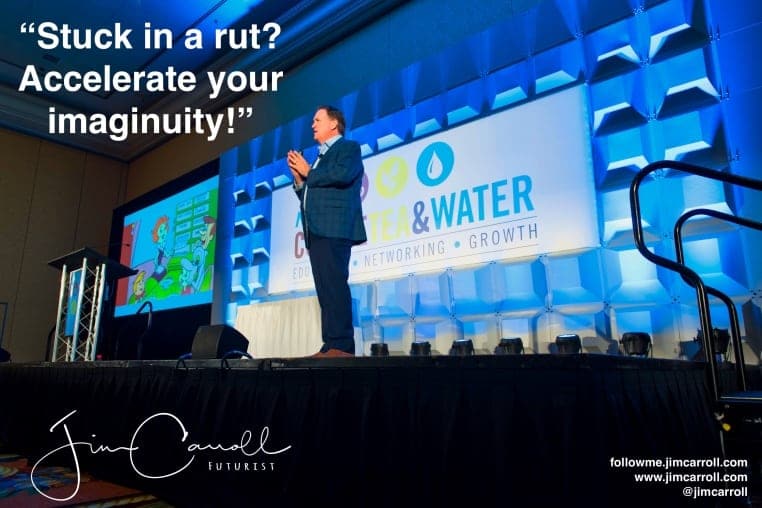 Last week, someone questioned my use of the word “imaginating” in my daily quote, noting that it ‘isn’t a word.’ Maybe in your time zone of today it isn’t a word, but I’m the futurist, and I live in a different time zone – the future – and it’s a word where I live! So there! So to is the concept of Imaginuity – it’s a combination of “imagination” and “creativity”, and it’s the perfect blend of the concept of ideas and creativity. Consider this fact: in Wisconsin, there is a store that goes by the name Imaginuity. Their tag line? “Play with a purpose!” They’ve nailed the concept right there….! So there! I’ve been speaking about the concept of ‘Imaginuity’ for over 15 years; I can trace it back to one of my slide decks from 2002. I’m big on the power of the imagination – so much so, that years ago, I suggested that some universities should start offering a degree known as the “Masters in Business Imagination!” No one took me up on it – I guess most are stifled by their lack of creativity.

And so today, start your day with a healthy dose of Imaginuity!