Daily Inspiration: “Focus fast – on the solution, not the problem!”

“Focus fast – on the solution, not the problem!” – Futurist  Jim Carroll 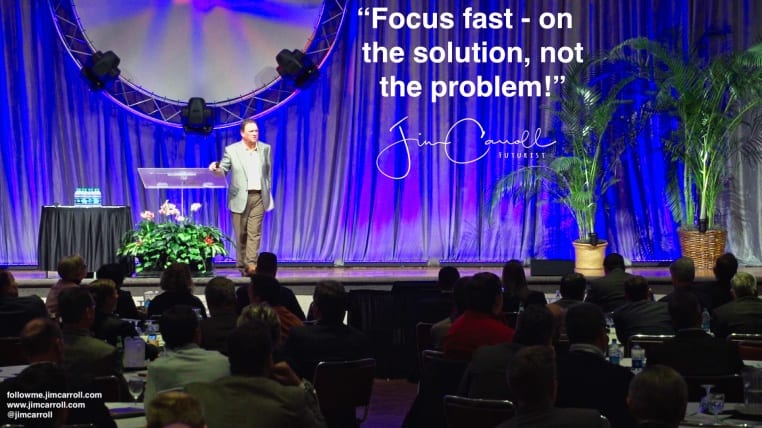 It’s tough to be a transit company in the era of Elon Musk. You have the complex job of running a massive bus, subway and rail system, and at the same time, he keeps appearing in the news media with reports on his Boring Company.

The news is all about how he will build a Hyperloop that will whisk people through a city or across the country through a high speed, underground tube, at a fraction of a cost of traditional transit systems. And it can be difficult to discount his promises – after all, he has reinvented the automative, space and battery energy industry with bold, audacious goals and stunning activity. He’s launched a car to Mars!

You’ve got long capital investment lead times, and complex systems to run – but your ridership keeps hearing about these fascinating new ideas, and wonders if you are in the game.
So what do you do? That’s the focus of one thing I’ll be doing today and tomorrow as I finalize the slide deck for an upcoming keynote in a few weeks in Nashville, where I will do a talk for senior executives of many of the major transit companies on the future of urban transit!

Get a sneak peak with the promotional video I did for this event in this post: jimcarroll.com/2018/04/are-you-stuck-with-the-same-old-bo…