Home   >   Blog   >   The Story Behind the Picture: Saving People From Themselves

The Story Behind the Picture: Saving People From Themselves 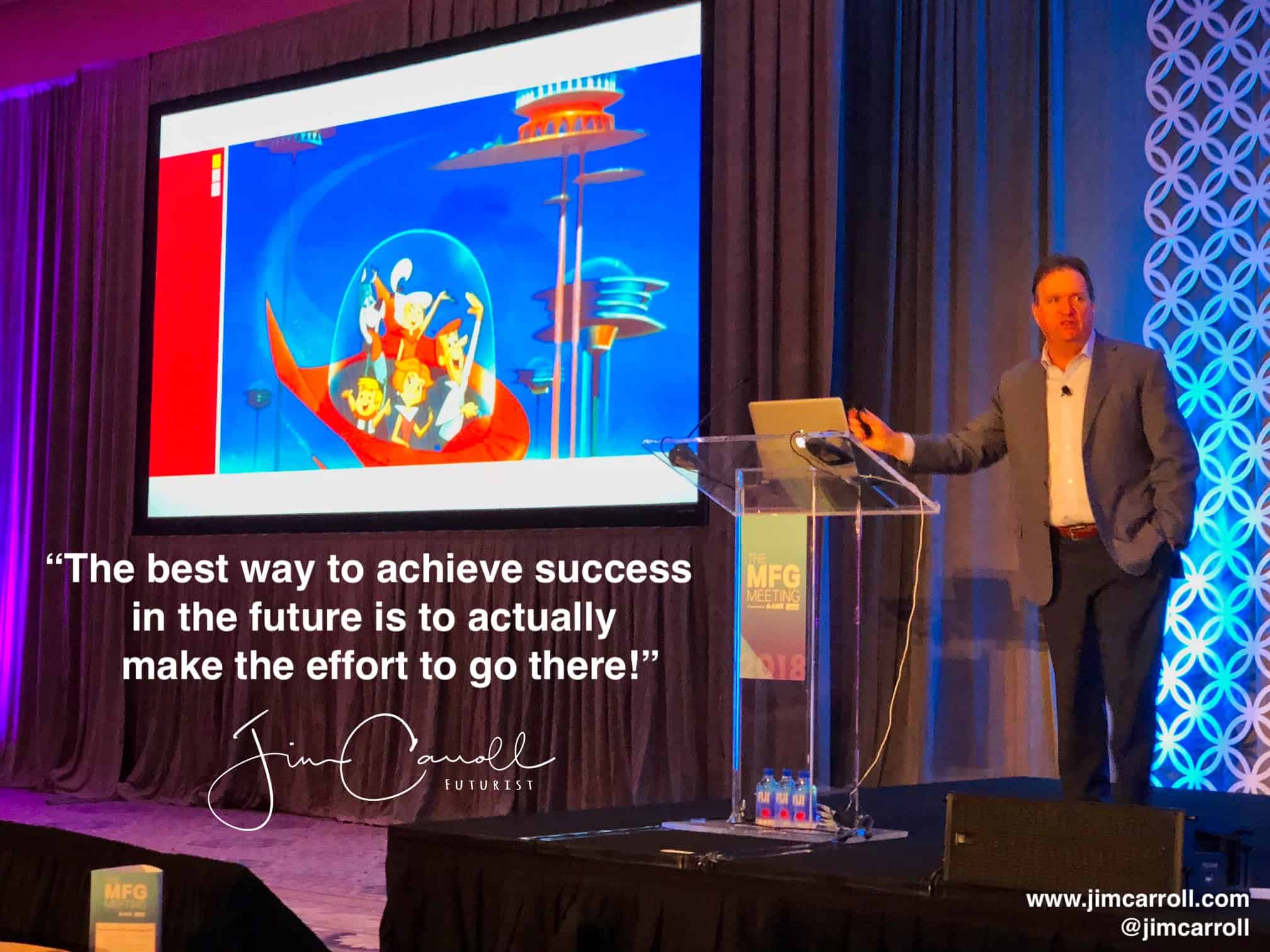 It was pretty ironic to be doing a talk a month ago on the future of manufacturing – at the Trump Doral Resort in Miami nonetheless – at the same time that trade barriers were being put in place to try to take an industry back to where it was in the 1950’s.

What I’ve learned from 25 years on the stage is that some people will blame everyone else but themselves for their lack of success. And when failure comes, it is the fault of everyone else! The quote captures the essence of their mindset.

We live in interesting times, where some believe that with a wave of a magic wand, an entire industry can be transformed overnight and returned to its former glory.

It will happen through constant innovation, big bold moves, skill set reinvention and challenging thinking that will – and already is — providing for significant transformation. The future of manufacturing is all about adapting to collapsing product lifecycle and reinventing products faster The connectivity and intelligence that comes to products through the Internet of things (IoT) connectivity Mass customization. Digitization, robotics and the cloud. Design based on crowd thinking. Rapid prototyping and deployment. Faster time to market. 3D printing or additive manufacturing.

My talk last month might have worked for some folks, and if I saved them from their thinking, I will have succeeded.

But I know that there were likely others in the room who would not have liked my message – they are on the train of thought that by trying to stop the future, you can return to the past.

In other words – they are likely doomed to fail in the future, because they will make little effort to actually get there!