Daily Inspiration: “In the era of hyperchange, are you a leader, or a follower?”

“In the era of hyperchange, are you a leader, or a follower?” – Futurist  Jim Carroll 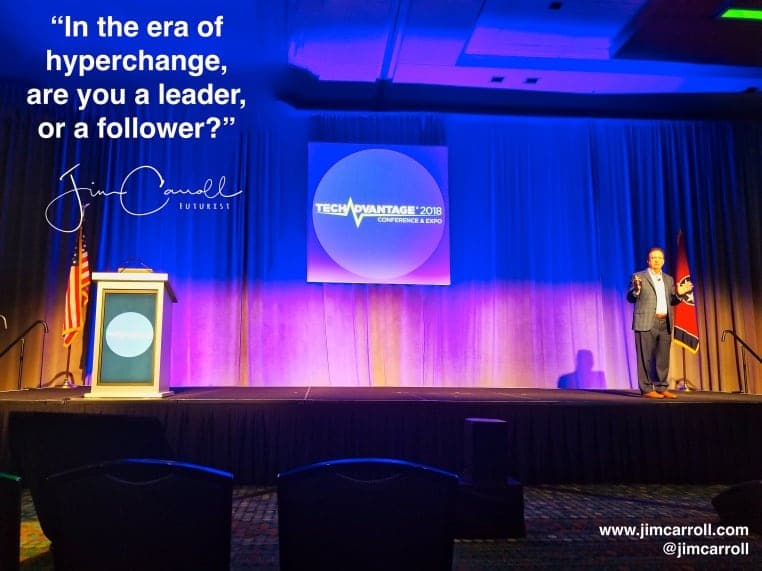 It’s from a  keynote in Nashville for the National Rural Electrical Coop:  the 5th time this organization had me back for a talk!

The context of the quote? In the world of energy, we are seeing tremendous change. The arrival of grid parity faster (the fact that a unit of energy by wind/solar is now less than that of carbon – oil, natgas or nuclear). The acceleration of the technology supporting local community microgrids. Rapid advances in battery science which means that the concept of a 24-hr solar power plant is no longer just a fictional idea. Energy use gamification with the Xbox generation.

At this particular point in my keynote, I actually put up a national amp that showed communities that were leaders in aligning to the trends in energy, and those who were not. At that point it was pretty easy to challenge the audience to ask themselves whether their own strategies and actions had them leading or following.