Keynote: Nasscom C-Summit, New York – The Hi-Tech Industry and the Next Big Opportunities

Now this was cool! I was invited in by Nasscom, which represents the global software and business process outsourcing industry for India. Essentially the national trade association for one of the largest software and services industries in the world. 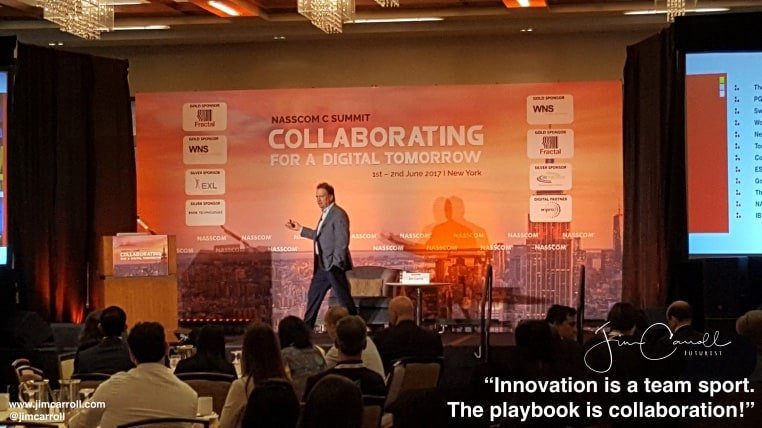 My closing keynote, “Think Big, Start Small, Scale Fast: Innovating in the Era of Disruption”, provided context on how quickly our world is changing. This was the debut of my new slide deck (mentioned above), and walking on stage, I realized it more than rocked!

As an aside, these folks know that, despite a world of fantasy in Washington, access to global skills is a key factor for future success.