Earlier this week, I spoke to several hundred executives from the trucking industry at a keynote for the Omnitracs customer conference in Phoenix. My keynote focused on the trends which are sweeping the industry, including prognostic diagnostics, the connectivity impact of the Internet of Things (#IoT), the rapid evolution of autonomous trucks and self-driving technologies, drones and the impact of bio-monitoring devices. I’ll have a full blog post on that in the next few days.

It’s a topic that I’ve been doing all over — Keynote: Accelerating the Auto & Trucking Industry in the Era of Self-Driving Vehicles

In the meantime, the trucking industry provides a good example of how the new workplace is being transformed by technology. 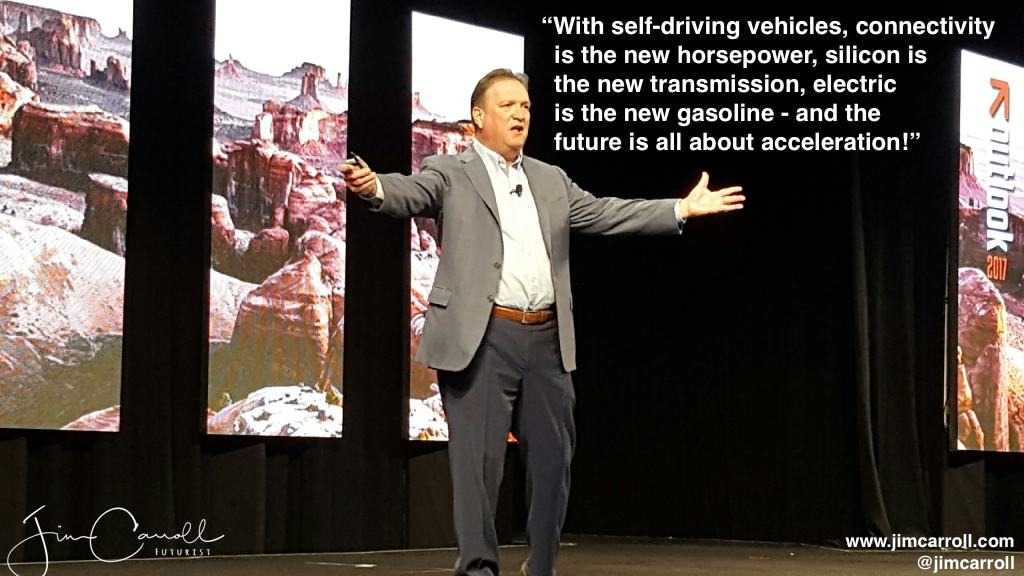 Here’s what you need to know: first, do you think of trucking as a kind of unsophisticated, low-tech industry, full of a bunch of guys and gals performing boring tasks while moving down the road? Forget that — here are some simple facts:

A few years ago, Volvo/Mack Trucks had me in for a series of leadership and dealer meetings, where I noted that “in the world of trucking, connectivity is the new horsepower.” Given those stats above, that much is true!

“It’s not how one might envision the head office of a trucking company. Youth abound in 20- and 30-somethings tracking payloads in the operations room — think of a flat airplane control tower — or working in the IT department (which in the last 15 years has grown to 15 from two). There’s the “quiet room” for breaks. The fully stocked fitness room, the laundry room, the cafeteria.” Taking Trucking into the Future, Winnipeg Free Press, June 2014

Well, freak me out with a fork! It turns out that unknown to me, the folks from Bison Trasnport were in the room, and came up to me after my keynote. I think they were a little freaked out too! 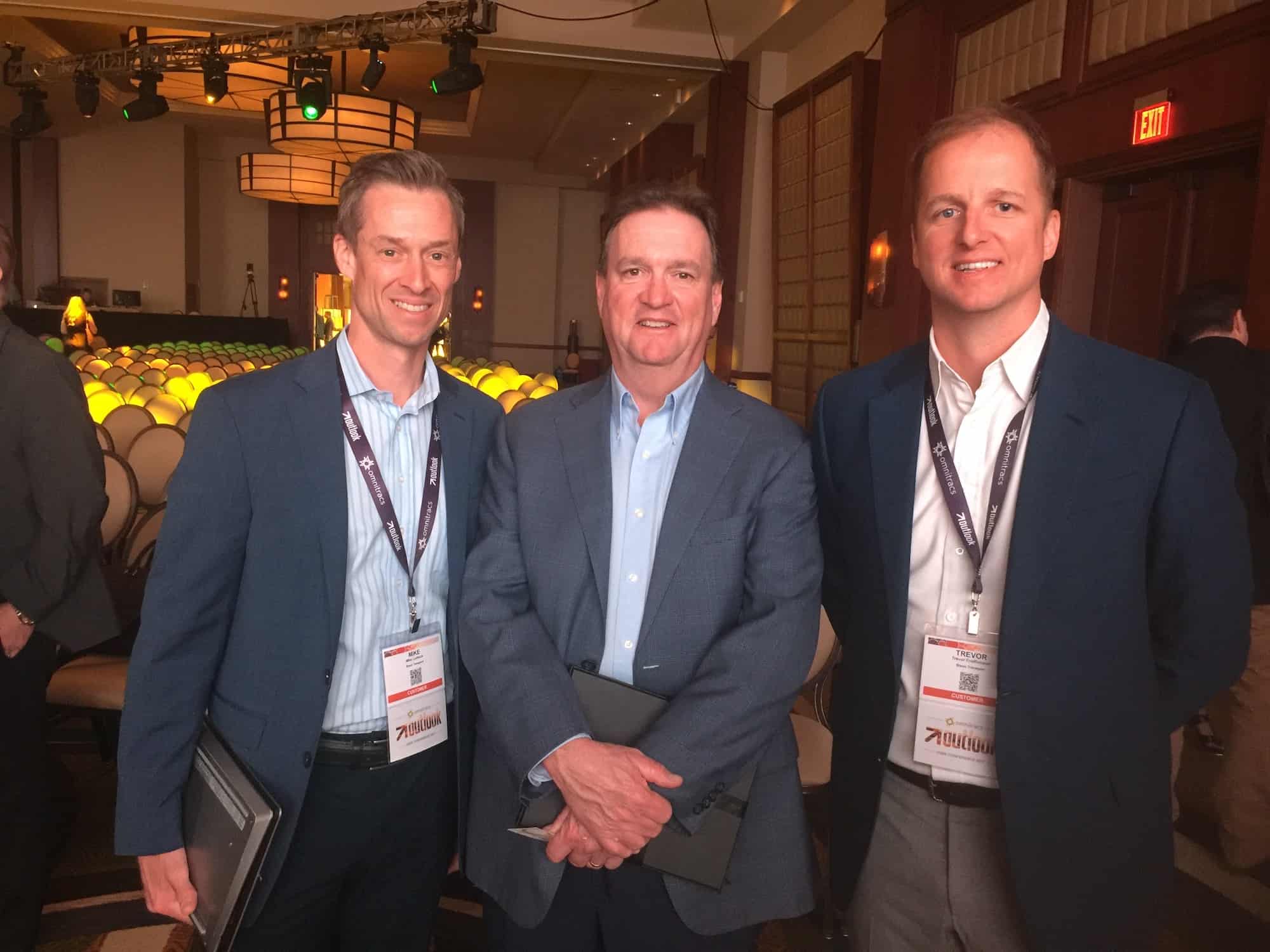 Their office is at the forefront of the connectivity and technology revolution accelerating the world of trucking and transportation into the future. The folks at Trucking News covered this trend from my keynote in an article, detailed below.

Clearly, in trucking, the office space, culture and fast innovation speeds of Silicon Valley are coming in, and they are coming fast!

Carroll on the future during opening of Omnitracs Outlook 2017
TruckingNews.com

Carroll said automated trucks were one of the trends that were changing the face of trucking, and questioned what would happen to the traditional driver once that occurs.

Carroll’s overall theme was that the world changes fast, has been for some time, and the trucking industry cannot get left behind.

Several factors contribute to the ever-changing world, Carroll said, including what he called the ‘era of big transformation.’

Autonomous trucks is part of that ear, according to Carroll, who declared that trucking would be the first to move to fully autonomous vehicles because it made financial sense to do so since drivers account for one-third of the operational costs pie.

Servicification, the intensifying of skills training, acceleration of innovation, and the impact on future generations were also factors Carroll said would contribute to how quickly the world would continue to change.

As an example of this, Carroll pointed to statistics showing that the vast majority of children aged five to six would one day have a job that today does not even exist.

Carroll said today’s truck manufacturers worry not only about putting out a quality product but also about how to best maintain that product through diagnostics and other predictive technologies.

“We are in a world in which we can determine when parts and components in a truck are going to break down,” Carroll said. “And we can bring it in for maintenance and thereby avoid the problem in advance of a truck breaking down on remote Arizona highway somewhere and thereby reduce downtime and costs.”

To further illustrate how the world and traditional workplace have experienced a facelift over the years, and how the next generation will continue that trend, Carroll posted a quote from Manitoba’s Bison Transport on the screen that read: “It’s not how one might envision the head office of a trucking company. Youth abound in 20- and 30-something tracking payloads in the operations room – think of a flat airplane control tower – or working in the IT department (which in the last 15 years had grown to 15 from two). There’s the ‘quiet room’ for breaks. The fully stocked fitness room, the laundry room, the cafeteria.”