10 Things That are True About the Future

In my keynotes, I often talk about how the rate of change — whether with business models, product life cycles, the rapid emergence of new competitors, business model disruption, skills and knowledge and more!  — is speeding up. With such change, there’s a lot of uncertainty within many industries as to what to do next: a senior executive of one client commented to me from his perspective, “….entities are engaged in survival tactics because they don’t know what to do next ….” 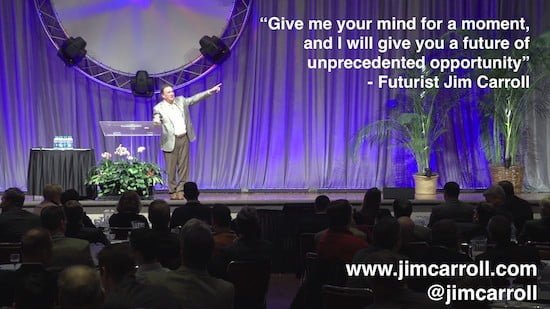 Here’s a simple reality: Innovation is all about adapting to the future — and if the future is coming at you faster, then you need to innovate faster.

Given that, innovation shouldn’t be about trying to survive the future — it should be about thriving.

At a recent keynote to senior executives, I outlined some truths as to the future: