Some people really don’t understand what a unique career a futurist like me has. Every once in a while, I pinch myself, and feel so lucky to have a remarkable opportunity to change the lives of so many people!

As so as 2016 draws to a close, it’s  a fun time to have a look back at some of the events I was invited to participate in as an opening or closing keynote speaker. It was a big year — I’ve been on stage now for close to 25 years, and adding it up, I figure I’ve spoken to well over 2 million people, with the 50,000 from this year putting me over that magic number.

Below you’ll find my ‘top-10’ list of some of my favourite memories from the year!

It’s not often you get invited in to open one of the most prestigious events in the world of golf, let along the world of sports. But there I found myself in January, opening this event. I was on stage after Lee Trevino and David Leadbetter, and then Bubba Watson was on stage after me! I spoke about the new opportunities that fast moving technology trends were bringing to the world’s largest working sport. It was a repeat engagement for the PGA – they previously had me in a few years to open their AGM. 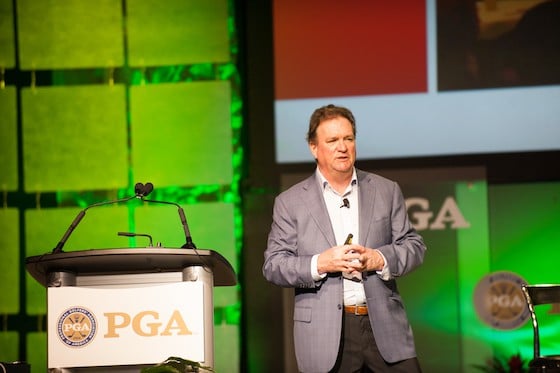 This was my final event of the year, just two days ago, and it was just plain fun! It was an end of year “town hall”, and the organization wanted an upbeat, optimistic view of the future. (Not surprising, given that so much went on during 2016!) . It was sort of a launch event for my newest keynote theme, The Jetsons’ Have Arrived 50 Years Early : What Are YOU Going to Do About It? Based on the vibes in the room, this is going to be a SMASH HIT topic into 2017!

A massive manufacturing oriented conference for this major software company operating in this space. There are two views of manufacturing in the US – the political wish, and the reality of what is occurring on the ground. This audience of 4,000 was eager to discover how the industry is busy reinventing and transforming itself for the 21st century, through digitization, robotics, 3D printing, and more. Based on what I heard and saw, that trend is well underway. 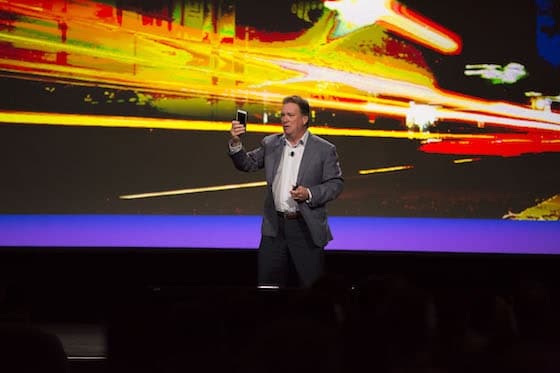 Another manufacturing themed event; this one with 500 manufacturing execs from throughout the region. There was a palpable buzz in the room — it was another event that affirmed to me that there is just so much innovation occurring in the industry, it can be staggering.

This wasn’t a big event, but it really hit me at an emotional level. This was an internal leadership meeting; this organization is a manufacturer in the rail industry. My wife and I had the opportunity for a factory tour before my keynote; with that, and the additional planning calls well in advance of the event, I encountered an organization that seems to be enthused with the idea of reinvention through innovation in the heartland. Eveyrone from the leadership on down seemed to have one overriding belief — if we think we can do it, we can. If there is hope for manufacturing in the US, it’s to be found in this remarkable organization! 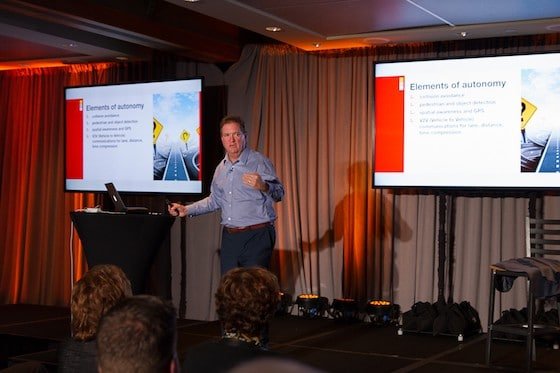 A repeat engagement for this organization — in this case, an internal leadership meeting, whereas the first one was for dealers. Self-driving vehicles, autonomous technologies, intelligent highway infrastructure, prognostic diagnostics — the talk covered the gamut of trends occurring in the automotive space. I’m doing many events around the self-driving car theme and the revolution occurring in transportation, with several gigs already confirmed well into 2017. 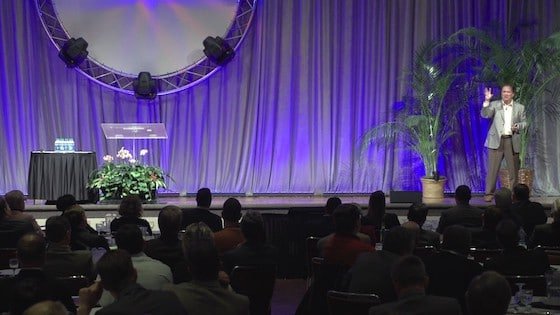 I drove my family crazy with the lead-up to this keynote. It would take a lot of hard work. My keynote would require a solid foundation, and my message would take some time to settle. (They told me to stop it with the concrete jokes soon enough.) This was the first time this organization had a keynote speaker to open their conference, and it was obvious that there was some concern about bringing in an outsider to launch the event! That changed fast — feedback had me hitting a huge home run, with subsequent coverage in American Concrete Magazine and elsewhere. In this shot, I’m talking about how quickly the concept of 3D printing with concrete is becoming a reality. 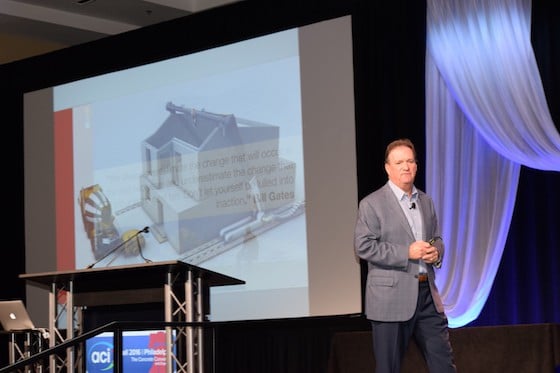 Wow, manufacturing was hot this year! This one was in the midst of the automotive sector in the US, and I brought my message of acceleration, velocity and Moore’s Law, combined with the self-driving juggernaut of change, to the heart of the industry. 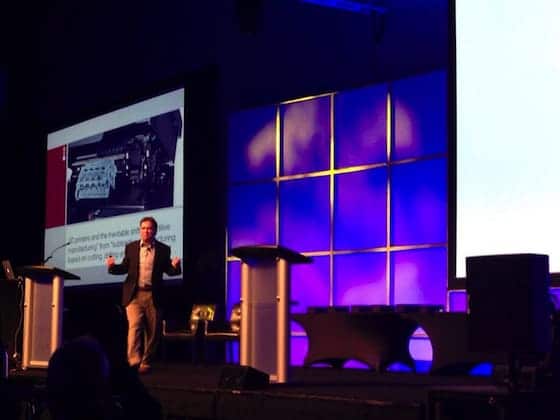 Bio-connected medical devices, the virtualization of healthcare, big data and analytics — two events for this group focused on the massive, transformative opportunities occurring in the industry. I didn’t have a photo from this one, other than this wonderful picture of my wife and I at the innovation awards dinner I hosted for the client the night before my main talk. I am truly blessed that she accompanies me on all of my travels! Road life can be a lonely life, and instead, this has turned it all into a marvellous adventure! 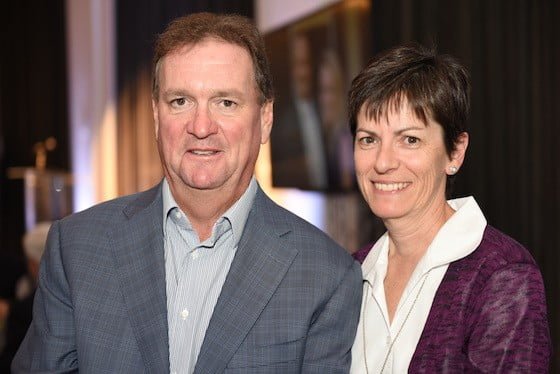 Accelerating science, the rapid emergence of new advanced materials, the reinvention of business models, new chemical compounds. A science heavy keynote for a science heavy audience! One of several events in Boston through the year. 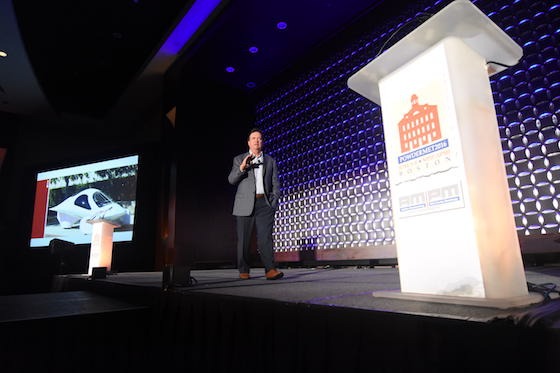 There were so many other events through the year that were equally great to participate in, and I’ll continue with another blog post.

2 million people. Lives changed. Opportunities to help to shape the world. I have a fascinating job!

An operation like this doesn’t happen by chance. There’s a loving family in the background — my wife, business and office partner of 25 years, Christa, who accompanies me on all my trips! My two sons, Willie and Thomas, 23 and 21, who’ve grown up with a dad who has the strangest job they’ve ever known. All of whom have continued to show me unconditional love and support through the years — and particularly this year. Ahh, the rigours of the road!