Home   >   Blog   >   The Renaissance That Is North American Manufacturing!

The Renaissance That Is North American Manufacturing!

I was in Detroit last week, for an opening talk for the TheBigM – Manufacturing conference.

I had two roles to play : I was a speaker for the evening Gala Celebration, and was scheduled for an opening keynote the next morning to open the conference.

Of course, when you live and work in the conference industry, there are always fun surprises. In this case, I found out a few days before the event that I would have the honour of sharing with the stage with President Obama’s Secretary of Commerce, Penny Pritzker!

This was a huge win for the Big M conference and for SME; it shows that the administration, and indeed many people throughout the US, understand that American manufacturing is truly in the midst of a significant rebirth. The conference site soon heralded her participation (and I’m a tweet below. (-; ) 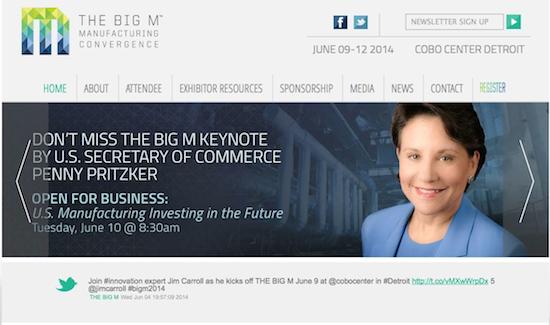 I’ve been commenting, since the “Great Downturn” of 2008, that vast sectors of the North American manufacturing sector have been in the midst of a transformation in how they design, build, manufacture … and I presume that’s why I was invited to inspire those who would be at the Gala Awards dinner the evening before. Check out some of the posts related to my 2010 keynote for a similar conference, IMX – Interactive Manufacturing Exchange, held in Las Vegas. (In particular, read “The Paradox of Optimism, Manufacturing & The New “Build America” Mindset.”

My approach for the Gala was to celebrate the rapid transformations that sectors of the manufacturing industry have achieved. We’ve seen big steps in :

What a dinner it was! I was on pretty late for a crowd that was busy celebrating with some wine — but was literally faced with a room full of cheers as I poured on my message that the industry needed to celebrate its success so far. (Read my post, “The Importance of Innovation Awards Shows“.)

The next morning, after sound check, I had the opportunity to meet Secretary of Commerce Pritzker, and we had a great chat, and meeting of minds, on the future of manufacturing.

After her talk, I took to the stage, and spoke about many of the trends that will affect manufacturing into the future. Advanced methodologies, continued acceleration in the development of robotic technologies,, and the impacting of crowd funding models on the rapid development of new ideas and markets. Judging by the Twitter feedback it hit the mark! 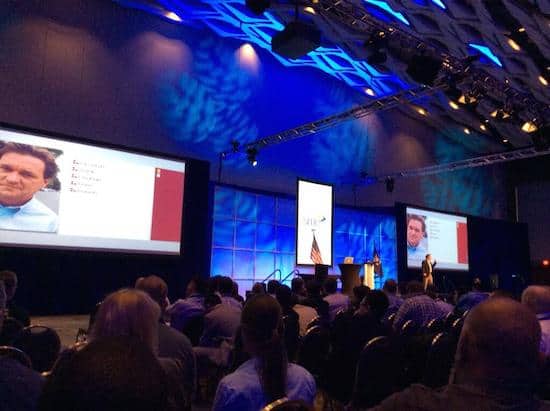