And again, some Harvard Dude just doesn’t get it 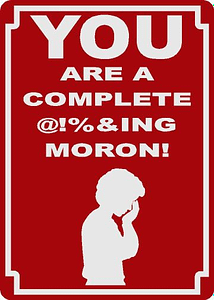 It’s summertime, and I’m trying to relax and golf and stuff, but really?

Some guy from Harvard in a BusinessWeek article about Tesla Motors had this to say:

“It’s just too expensive to build your own tool to stamp out individual parts.” Tesla will offset some of those costs by selling electric powertrains to Toyota (TM) and Daimler (DAI:GR). That business is growing, but still small—it accounted for 3 percent of revenue last quarter.

“When it comes to manufacturing, Detroit is much farther down the learning curve,” says Willy Shih, a professor at Harvard Business School. Shih says he’s skeptical of electric cars in general, and of Tesla’s chances of building the infrastructure it needs to support the charging and battery-swap systems, because so many pieces of the Tesla equation rely on immature technology. “As a result, they’re at the expensive end of so much new technology,” Shih says. “It’s a very costly and challenging proposition.”

Ten years out, this dude will be talking about how quickly various bits of immature technology suddenly appeared and became part of everything around him. And the fact that he was shocked that one day, you could buy tools for pennies to stamp out your own parts (3d printing). Electric car skepticism (“we will never land a rocket on the moon.”) Infrastructure. (FedEx’s Fred Smith being told in university that his business model was stupid.”) Immature technology. Right — a Radio Shack TRS-80!

Folks. Google Car. Massive business model disruption. The massive rapid emergence of new technologies. The pace of innovation shifts to Silicon Valley for every industry. Of which auto is but one. There are probably a bunch of links below to let you explore this.

No wonder universities cost so much.

They have to pay money to keep these boneheads around.