Here’s some of the key trends that I see unfolding through 2013 and beyond. 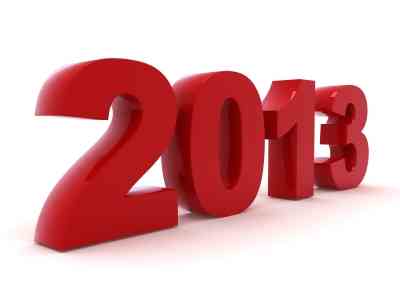 Going forward, every single industry, from health care to agriculture to insurance and banking, will find out that change will start to come at the speed of Moore’s law — a speed of change that is MUCH faster than they are used too. (Remember, Moore’s law explains that roughly, the processing power of a computer chip doubles every 18 months while its cost cuts in half. It provides for the pretty extreme exponential growth curve we see with a lot of consumer and computer technology today.)

Consider health care. Genomic medicine is moving us from a world in which we fix people after they are sick – to one where we know what they will likely become sick with as a result of DNA testing. And that’s where Moore’s law kicks in, as Silicon Valley takes over the pace of development of the genomic sequencing machines. It took $3 billion to sequence the first genome, which by 2009 had dropped to $100,000. It’s said that by mid-summer, the cost had dropped to under $10,000, and by the end of the year, $1,000. In just a few years, you’ll be able to go to a local Source by Circuit City and buy a little $5 genomic sequencer – and one day, such a device will cost just a few pennies.

The collapsing cost and increasing sophistication of these machines portends a revolution in the world of health care. Similar trends are occurring elsewhere — in every single industry, we know one thing: that Moore’s law rules! Hence, my catchphrase — the future belongs to those who are  fast!

2. Loss of the control of the pace of innovation

What happens when Moore’s law appears in every industry? Accelerating change, and massive business model disruption as staid, slow moving organizations struggle to keep up with faster paced technology upstarts.

Consider the world of car insurance — where we soon will see a flood of GPS based driver monitoring technologies that will measure your speed, acceleration and whether you are stopping at all the stop signs. Show good driving behavior, and you’ll get a rebate on your insurance. It’s happening in banking, with the the imminent emergence of the digital wallet and the trend in which your cell phone becomes a credit card.

In both cases, large, stodgy, slow insurance companies and banks that move like molasses will have to struggle to fine tune their ability to innovate and keep up : they’re not used to working at the same fast pace as technology companies. Not only that, while they work to get their innovation agenda on track, they’ll realize with horror that its really hard to compete with companies like Google, PayPal, Facebook, and Apple — all of whom compete at the speed of light.

It should make for lots of fun!

We’re also witnessing the more rapid emergence of new ways of doing business, and it’s leading us to a time in which companies have to instantly be able to copy any move by their competition – or risk falling behind.

For example, think about what is going on in retail, with one major trend defining the future: the Apple checkout process. Given what they’ve done, it seems to be all of a sudden, cash registers seem to be obsolete. And if you take a look around, you’ll notice a trend in which a lot of other retailers are scrambling to duplicate the process, trying to link themselves to the cool Apple cachet.

That’s the new reality in the world of business — pacesetters today can swiftly and suddenly change the pace and structure of an industry, and other competitors have to scramble to keep up.  Consider this scenario: Amazon announces a same day delivery in some major centers. Google and Walmart almost immediately jump on board. And in just a short time, retailers in every major city are going to have be able to play the same game!

4. All interaction — all the time!

If there is one other major trend that is defining the world of retail and shopping, take a look at all the big television screens scattered all over the store! We’re entering the era of constant video bombardment in the retail space. How fast is the trend towards constant interaction evolving? Consider the comments by Ron Boire, the new Chief Marketing Officer for Sears in the US (and former chief executive of Brookstone Inc.): “My focus will really be on creating more and better theater in the stores.”

We are going to see a linking of this ‘in-store theater’ with our mobile devices and our social networking relationships. Our Facebook app for a store brand (or the fact we’ve ‘liked’ the brand) will know we’re in the store, causing a a customized commercial to run, offering us a personalized product promotion with a  hefty discount. This type of scenario will be here faster than you think!

Smart entrepreneurs have long realized something that few others have clued into : the future of products is all about enhancement through intelligence and connectivity. Nail those two aspects, and you suddenly sell an old product at significantly higher new prices.

Consider the NEST Learning Thermostat. It’s design is uber-cutting edge, and was in fact dreamed up by one of the key designers of the iPad. It looks cool, it’s smart, connected, and there’s an App for that! Then there is a Phillips Hue Smart LED Lightbulb, a $69 light bulb that is uber-smart, connected, and can be controlled from your mobile device. Both are sold at the Apple store!

Or take a look at the Withings Wi-Fi Body Scale – I’ve got one at home. Splash a bit of design onto the concept of a home weigh scale, build it with connectivity, link it to some cool online graohis and you’ve got a device that will take your daily weight, BMI and body-fat-mass tracking into a real motivational tool.  Where is it sold? Why, at the Apple store too!

Do you notice a trend here?

For those who think that the economy in North America sucks, here’s an open secret: there’s been an economic recovery underway for quite some time, as companies in every sector ranging from manufacturing to agriculture work hard to reinvent themselves. It just doesn’t involve a lot of new jobs, because the knowledge required to do a new job in today’s economy is pretty complex. We’ve moved quickly from the economy of menial, brute force jobs to new careers that require a lot of high level skill. The trend has been underway for a long, long time.

Consider the North American manufacturing sector, a true renaissance industry if there ever was one! Smart engineers at a wide variety of manufacturing organizations have transformed process to such a degree, and involved the use of such sophisticated robotic technology, that the economic recovery in this sector involves workers who have to master a lot of new knowledge. One client observed of their manufacturing staff: “The education level of our workforce has increased so much….The machinists in this industry do trigonometry in their heads.”

Similar skills transitions are underway in a wide variety of other industries….

7. The Rise of the Small over Incumbents

You’ve likely see the commercials for Square, the small little device that lets your iPhone become a credit card. Once again, small little upstarts are causing turmoil, disruption and competitive challenge in larger industries — and often times, the incumbents are too slow to react.

Anyone who has ever tried to get a Merchant Account from Visa, MasterCard or American Express in order to accept credit cards knows that it is likely trying to pull teeth from a pen – many folks just give up in exasperation. Square, on the other hand, will send you this little device for free (or you can pick one up at the Apple Store.) Link it to your bank account, and you’re in business.

So while credit card companies have been trying to figure out the complexities of the future of their industry, a small little company comes along and just does something magical! No complexities, no challenges, no problems.

What is occurring in the US right now in terms of advanced energy discovery techniques – whether with shale gas, horizontal drilling, new subsea mapping technologies or other new discovery, exploration and production techniques — is probably one of the most significant trends of this decade. And in North America, the next economic recovery  is happening now because of of this. We are going to witness a resurgence of industry in North America.

Consider this :  PriceWaterhouseCoopers has suggested that high rates of shale gas recovery could result in a million new manufacturing jobs by 2025 in the US, and the fact that revived natural gas industry “has the potential to spark a manufacturing renaissance in the U.S., including billions in cost savings, a significant number of new jobs and a greater investment in U.S. plants.”

9. The revolution that is mobile health and fitness.

Every industry in the world today finds itself in the midst of dramatic change, as mobile smartphone technology comes to change business models, consumer behaviour, and entire professions. No where is this more evident today than what is happening in the world of health care, wellness and fitness, as a flood of new apps and technologies emerge that will forever change this world. There is an absolute revolution going on involving the “consumerization of fitness and wellness.”  At this moment in time, we are witnessing the perfect confluence of several major trends:

Companies are recognizing there is a big opportunity to be innovative with managing health care costs through a proactive approach that involves wellness. It’s a good example of the deep, transformative thinking that is occurring with many organizations in the health care system worldwide . Organizations are moving beyond the endless political debate, and are instead, putting in place practical, innovative programs that can help organizations manage health care costs, and employees can actively work at improving their overall health and fitness.

“There are people who are making big bold bets, big bold decisions, we are going to change the world and we are going to do things differently.” That phrase was from my opening keynote for the 2012 Accenture International Utilities and Energy Conference last week in San Francisco. It’s a good sentiment, and a good video clip to close out this post! 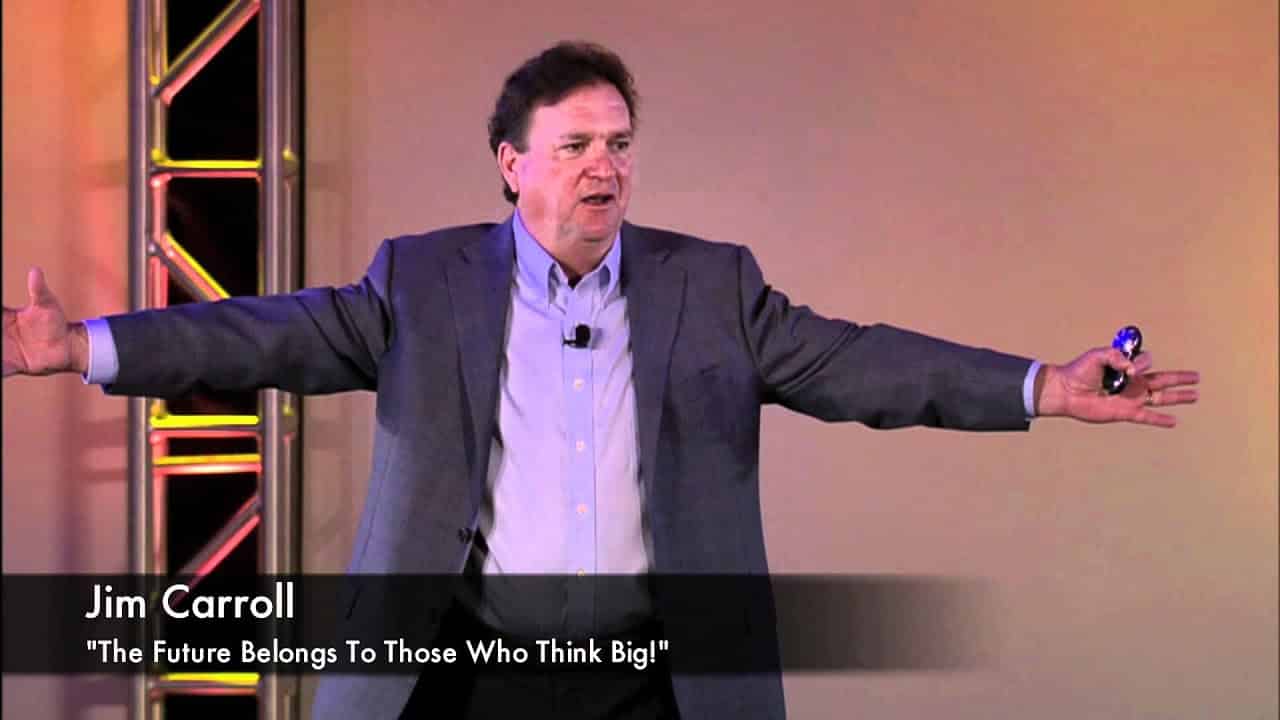 Where do you stand? In a company that is focused on small, incremental nothingness, or one that is set out to change the world?