“The Need for Speed” – An Innovation Awards Show!

I was the keynote speaker for the 14th Annual KIRA Technology Innovation Awards Show in New Brunswick, Canada last week. 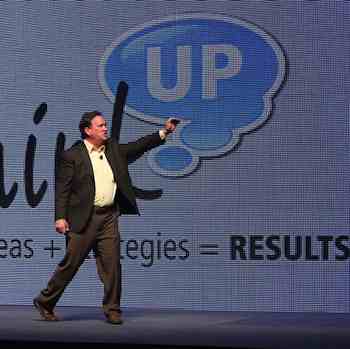 I think it went well, based on this article.

The spotlight was on Jim Carroll as he aggressively paced the stage at the Fredericton Convention Centre, gesturing emphatically while citing statistics and quotes in a dazzling manner. The renowned futurist, however, spun the metaphorical spotlight on the audience.

“You need to think bigger,” he said.

There was no rest for the weary in a night that celebrated innovators from New Brunswick’s information technology sector. The best minds in the industry were challenged to continue to build on their success in a world where the rapid pace of change can’t be overstated. There’s no stopping or you’ll be left behind.

Carroll spoke to a crowd of more than 300 Thursday night during a keynote address at the 14th annual KIRA awards. He offered three simple words to help demonstrate the current climate of innovation: speed, scope, opportunity.

Waiting for the right time to move forward could be fatal, he said, adding the market demands creativity at a level never seen before.

“The future belongs to those who are fast,” Carroll said.

“The time to be focused on innovation is right now.”

Emphasizing the need for speed, Carroll said that 60 per cent of Apple’s revenue comes from products that weren’t in production four years ago. Half of what is taught in the ﬁrst year of any science degree will be obsolete when the student graduates, while 65 per cent of young children will grow up and get jobs that don’t exist today. The list goes on, and IT is at the forefront.

“Silicon Valley controls the speed of innovation,” he said.

“The speed in which this is evolving is staggering.”

Seemingly timeless industries are already being revolutionized, he said, and the pace in which it occurs will only increase.