Thinking big – the transformative ideas that will shape our future 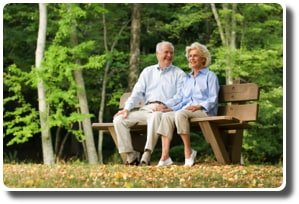 In the interview just posted on my site (“What is a futurist“), I commented that “we live in transformative times — we’ll look back at 2009-2010 as the period of time in which we started to apply really transformative thinking to solving some of the big problems we have in health care, energy and the environment.”

I followed this line of thinking when I was the opening keynote speaker for the Alberta Senior Citizens Housing Association two weeks ago. The challenges faced by the industry are pretty stark:

Perhaps the biggest issue of all is that every baby boomer would hope that during their sunset years, they’d be able to live out their time in a wonderful retirement home.

That’s simply not going to be the case — the simple demographics of North American society indicate that society and retirement savings won’t be able to pay for this reality. Get into other areas of the world, including Asia, and the crisis in seniors housing is going to be even bigger, particularly that some countries aren’t even yet to the unit-level that we have in North America.

So what’s going to happen? We’re going to see big, transformative thinking. Rather than placing seniors in retirement homes, why not extend the retirement home concept into their own home. Community and family care is going to play a huge role here,

Technology will also play a big role in this transformative change, as it will move us to the concept of the “virtual retirement home.” By 2020, most seniors will live in their own homes, and their health conditions will be actively monitored through a network of intelligent bio-connectivity and other devices. We won’t have a lot of senior citizen homes — we’ll have virtual seniors networks.

In my keynote, I spoke about research that is underway now into this concept. (US Fed News, February 2009 Health-monitoring technology helps seniors live at home longer, University of Missouri Researchers find“). Two key points:

This type of research is real, and when we look back from 2019 or 2020, we’ll realize that this was the type of transformative thinking that would help to bring about a solution to a pretty big problem. And it’s important to realize that there’s a lot of activity going on in this particular field. Notes one key researcher from Intel, speaking about the research they are doing in this area:

“We have the potential to aim our innovation engine at the age wave challenge and change the way we do health care from a crisis- driven, assembly-line, hospital approach to a personal-driven approach, with people taking care of themselves with help from family, friends and technologies.”

When I look around me at the deep problems our world faces, I see a lot of innovative and transformative thinking, with big ideas as to how to solve those complex problems.

Transformative thinking — it’s all around you — you need to start watching.