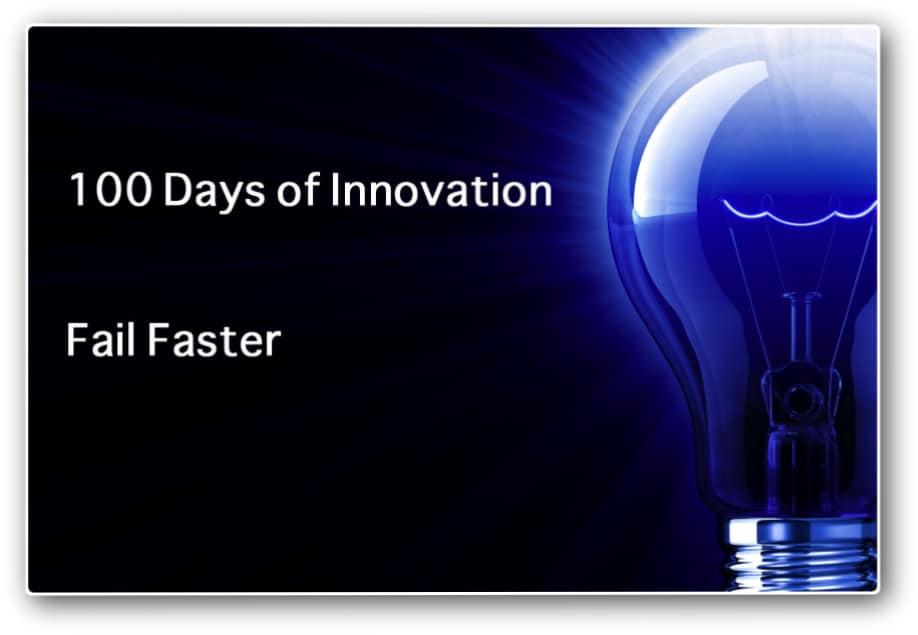 Google announced today that they were shutting down Lively, their Second Life ‘wannabe.’

They brought the product to market earlier this summer. So it survived only about four months, before Google decided it wasn’t going to work, and moved on. Noted Google’s blog: “We’ve also always accepted that when you take these kinds of risks not every bet is going to pay off.”

I was on a mailing list today where some folks were discussing this; they seemed to be shocked that Google would make such a decision in haste.

I wrote back, with what I think is a critical lesson on innovation.

Maybe that’s my Dr. Seuss moment, but study the four points, and its’ perfectly clear.

And that’s all you need to know about innovation. Or at least, one critical bit of knowledge in an ongoing commentary around 100 Days of Innovation.