Understanding 21st century capital …. and why Sony doesn’t have it….

In light of some recent criticism of criticism I’ve made of media companies, I thought it best to roll this posting from last December forward. 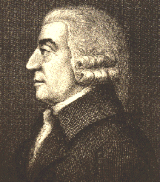 In the 20th century, financial resources were the primary capital of choice, allowing organizations to enter, dominate and evolve in their marketplace over time.

Today, financial depth doesn’t cut it — it’s the abiliy to respond to rapid change that is the primary asset. And sadly, there are many organizations who don’t have a good balance sheet.

Simply look at Sony with the recent “root-kit” debacle, and you realize that while a company can have all the money it needs, it won’t survive if it doesn’t evolve at the fast pace the world demands today. If Sony is guilty of anything, it is the fact that it has seized up with an organizatlonal sclerosis that has clogged it’s ability to respond to change. The customers have moved on to a different world — and Sony just doesn’t seem to understand that.

Sony has been spending money trying to protect old markets, rather than inventing new ones. It’s been busy trying to build on past glories rather than fighting new battles. It has spent its energy in fighting a war with its customers, rather than building them great things. It has sought to grow by buying, rather than expanding through creativity. It has done just about anything wrong that you could ever do.

Will it recover? Can other organizations suffering from similar degrees of corporate clotting survive?

Perhaps — if they refocus their energy by using the only form of capital that is important. Capital that isn’t monetary by nature, but which provides an organization with the resources to focus on change as the key success factor.

What are those attributes? There are ten of them:

It’s clear that Sony does not possess many of these assets. It doesn’t realize that it no longer controls its future — its’customers do. It isn’t plugged into the global innovation loop — instead, its’ efforts are spent on trying to define the future that it would like to have. It’s got a bunch of middle-aged baby boomers in charge who don’t have a clue as to how the world is unfolding. (And I’m a middle-aged baby boomer). And I can only imagine that the recent experience has destroyed any sense of mission among its staff — its people are dispirited, disenthused, angry and full of recrimination for a future that they think has gone wrong. (Well, it has, because it has done all the wrong things.)

I find it really depressing that a company as big and creative as Sony could have lost its way. On the other hand, I continue to encounter too many people and companies who are busy sleepwalking into the future, just like Sony.

Remember — it ain’t the money, it’s the ability to change that is most imporatnt asset for the future.