Article: “As a PGA Pro, What Are You Going to Do With Drones?”

I just wrote an article for the PGA of Canada, around the issue of new technologies coming into the game. Enjoy! You can access the full PDF of the article As a PGA Pro, What Are You Going to Do with Drones? 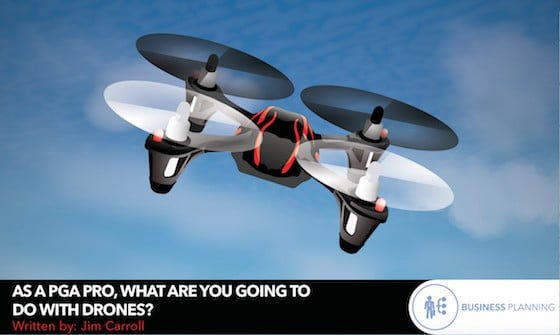 Sometime in the next few years, someone is going to arrive at a golf course and have their entire round filmed by a drone up in the air overhead. It will follow them around via a GPS link ; their fellow players might be annoyed at first, but with the ultra silent motor, they’ll soon barely notice.

Or will they? Might drone technology present your golf club with the ultimate breach of golf etiquette?

The idea is not far-fetched at all. Turn on your drone, start your round, and it will follow and film your round!

There are a few questions that come with this fast- paced technology:

What will your club policy be? Will you ban drones or welcome them? Might they be a fascinating tool to help grow interest in the game, which all of us know is a critical imperative? Not only that – might they prove to be an invaluable teaching tool at the same time that they emerge as a critical annoyance?

As a PGA Professional, you should be thinking about these issues. Right now, drone technology is where the Internet was in about 1993, and in the next 1-2 years we are going to see explosive growth in both the number of drones as well the sophistication of the feature set they support.

I was thinking about this while out for my latest golf round in Florida a month ago; I’m pretty wired up already, and maybe I just need a drone to complete my wired golf-self.

I’ve got my GPS watch to help plan the accuracy of my shots, and I’m a very active user of the GameGolf GPS tracking system. It monitors every swing, and at the end of the day, builds me an interactive map of my round with all kinds of useful insight on my performance. I joked to my playing partner: “It provides me with really good insight on how bad I am.” Not only that, but the golf cart I was driving had the latest in on-board GPS tech, providing me even more information on the course and hole layout.

That’s 3 GPS devices. What’s to prevent the addition of a 4th, in the form of a self- flying drone?

Think about what happens when a golfer utilizes a drone to lm their round. We’re in the era of social networking and it’s not far-fetched to think that someone will will edit the video highlights of their round to share it with friends; they might even send it to the their PGA Professional to help analyze it for training purposes; or they put it some other unimaginable use.

Which leads us to another question: could it be an invaluable teaching aid? Imagine working with an aspiring golfer on the range, trying to fix their slice. Moving beyond filming the swing with your iPad or iPhone, you might now be able to film the student from above and provide them even more insight into their swing patterns, and help them really visualize the nature of a slice. Could it be a good thing, or something rather ridiculous?

I’m sure I don’t know – all I know is that drone technology is going to invade the game of golf faster than we might imagine. Already in Japan, there is a course that is using drones to deliver snacks, drinks and golf balls to players on a course!

What’s your club policy on drone usage — do you have one? Have you even though about this as an issue? And what will you do as a PGA Professional to incorporate this fascinating new technology into your instruction methods?

Jim Carroll is a leading international futurist, speaking at dozens of conferences worldwide. Most recently, he was invited by the PGA of America to keynote the 2016 PGA Merchandise Show in in Orlando, where he spoke on the challenge and opportunities that new technology presents to the game. He’s a high-handicapper with good intentions, and is an active member at Credit Valley Golf & Country Club in Mississauga. 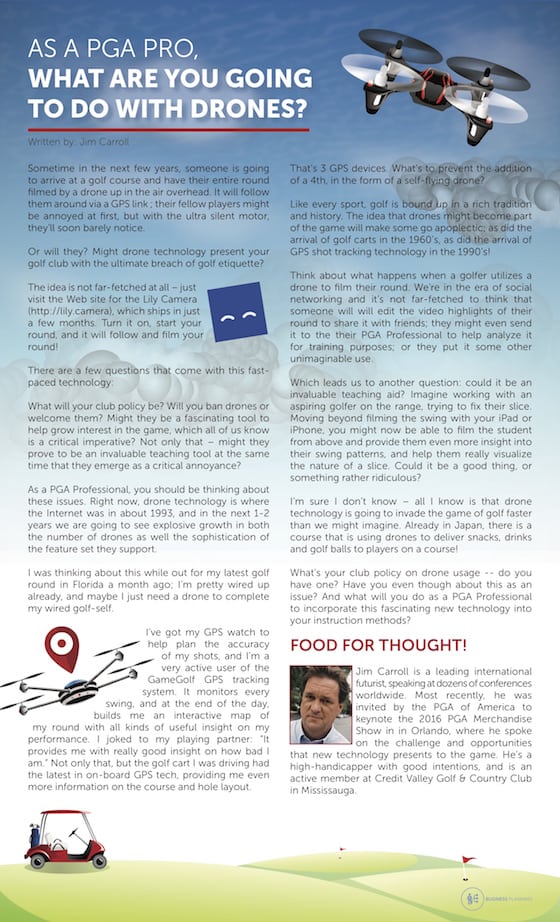 More food for thought! Here I am at the 2016 PGA Merchandise Show, speaking about the issue! 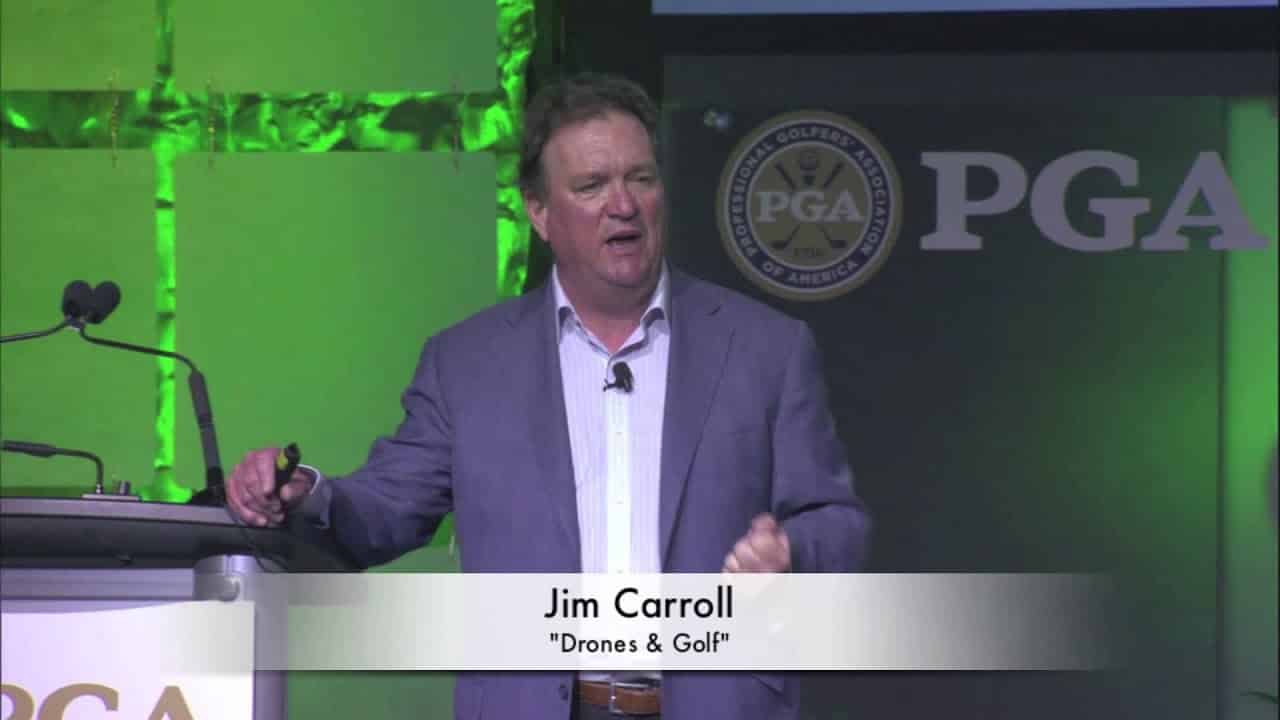