Daily Inspiration: “65% of kids in preschool today will work in jobs or careers that do not yet exist!”

“65% of kids in preschool today will work in jobs or careers that do not yet exist!” – Futurist Jim Carroll 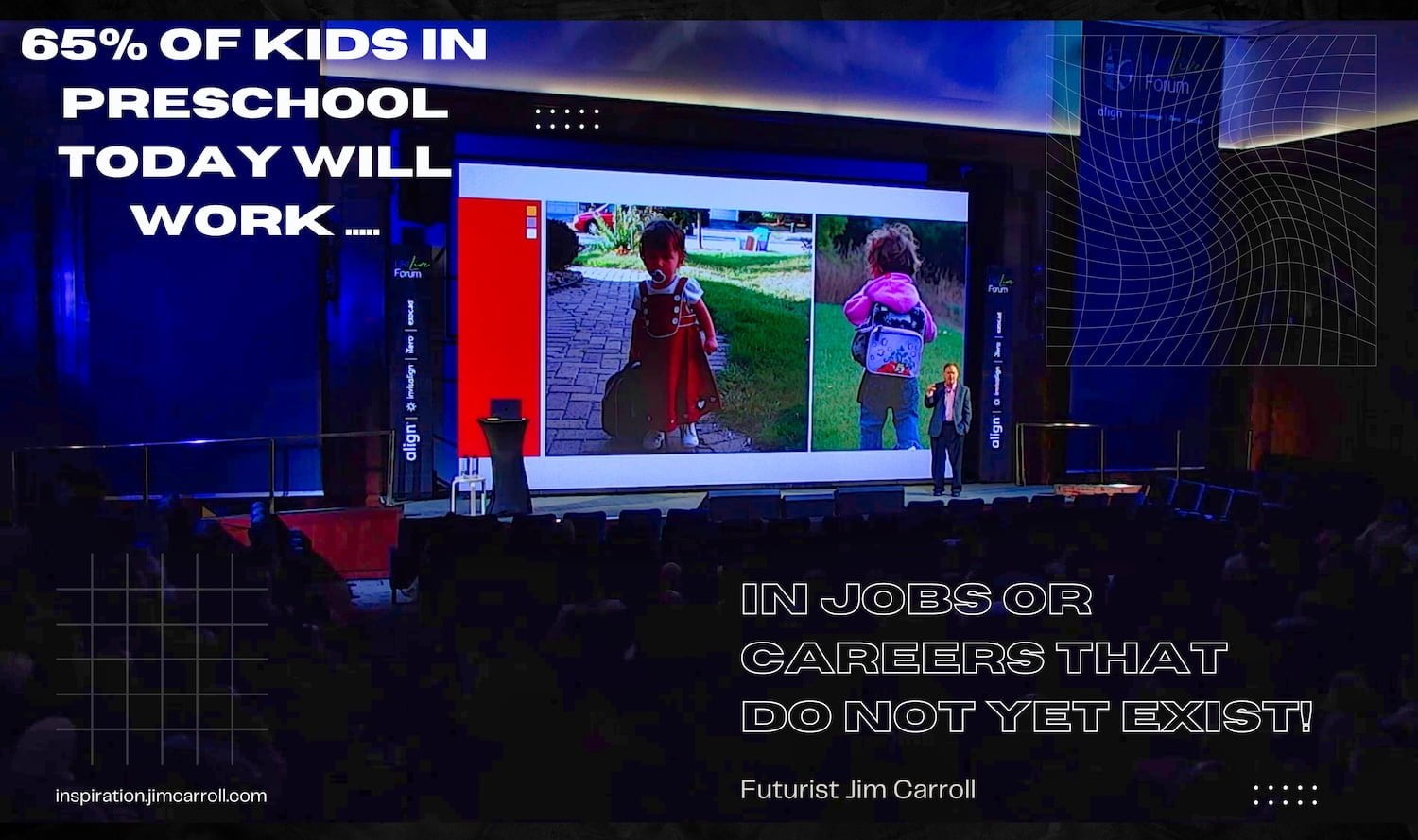 It’s interesting to be a futurist and to live through the very predictions that you made many years ago. That’s something that is occurring right now with my 29-year-old son Willie – today, he works in a career as a drone pilot, a field that did not actually exist when I first made this prediction almost 25 years ago. In effect, he’s a ‘location intelligence professional,’ a career that first entered my trends radar shortly after he was born – helping align a traditional building-inspection/forensics firm to a new and different future.

Today, my “65% observation” is still the go-to opening phrase in every keynote I do, as seen in this clip from a few weeks ago at an event I spoke at in London, England. Today, not only do I get to challenge the audience to think about the implications of this trend – but I have them understand that we are now witnessing the fast future happen before our very eyes. 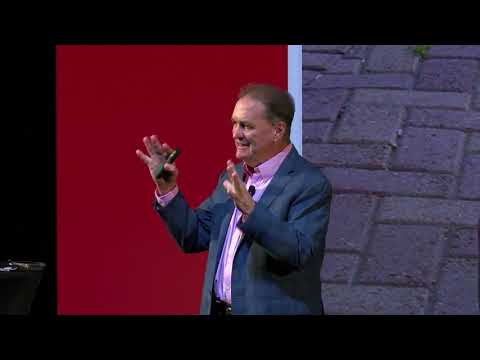 The 65% observation is one of ‘3 key statistics’  that I use to open every keynote opening sequence – the other two being that half the knowledge in any degree program is obsolete by graduation, and the typical product today (I’m now using a car dashboard) is obsolete within 3-5 years of the first release. Statistics like these (which are also entirely accurate) are attention grabbers, mindset-shapers that immediately let the audience know that they need to buckle up and buckle in for the era of fast. (An interesting sidebar – for a time, the world of academia debated my 65% statistic demanding accuracy in its observation. Today, in the era of fake news and falsified information, this type of debate seems somehow, fondly quaint.)

What’s leading to these new careers? The reality of knowledge and skills – new knowledge is appearing at a furious pace while old knowledge is going out of date faster than ever before. This, combined with the technological transformation of industries, means that old careers become irrelevant faster, while new careers now appear at a blistering pace. And so, as an example, it doesn’t take a rocket scientist to know that the field of rocket science is now wildly diverse with thousands of specialized careers within a vast new industrial enterprise as the space industry is increasingly commercialized.

How does a futurist like me figure out the future? In the case of new careers and the example of the ‘location intelligence professional,’ I can relate my observation to three things that occurred simultaneously in 1997:

Boom! I had found a trend of great significance, reinforcing much of what I was already witnessing. Over time, this led to a lot of stage work centered around new carers, specifically using the ‘location intelligence’ career.

Location is the new intelligence

Today, if you think about it, my drone pilot son has become the very location-intelligence professional that I posited many, many years ago. Among many other things, he can perform a flight of a facility with a sophisticated infrared camera, and analyze the detailed GPS-oriented information to conduct a detailed heat loss analysis. His work is based on new technology, advanced skills, and extremely discrete information that is very location aware. He’s been busy training others within his company on this new skill set – a commercial building and forensic inspection firm – on how to exploit this new skill – in effect, building an air force!

What does the reality of new careers and skills lead to? At a recruitment conference in Belgium earlier this year, I made this observation: “You are going to need to recruit people for jobs not yet in existence based on skills not yet developed and you need to do this yesterday!” 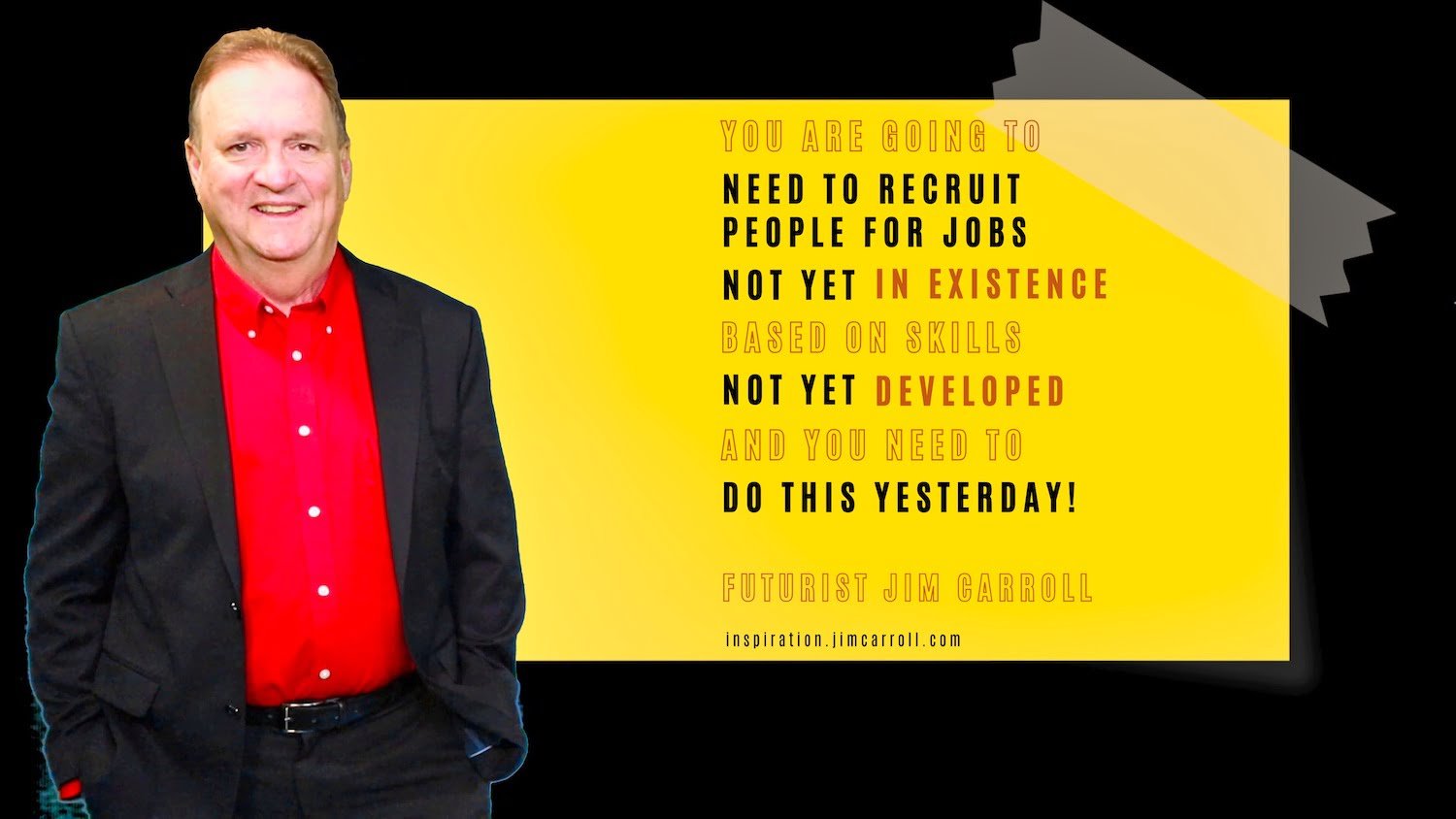 The future is all about the acceleration of new skills, knowledge, and careers – and you’d better be ready for what it represents! As an aside, the very existence of new jobs and careers – while providing massive opportunities to organizations that align with the trend – is also perceived by many in the ‘old guard’ as a threat. I described this in another keynote a few weeks back to an executive-level audience: 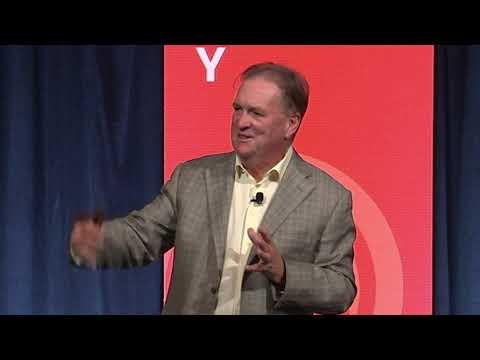 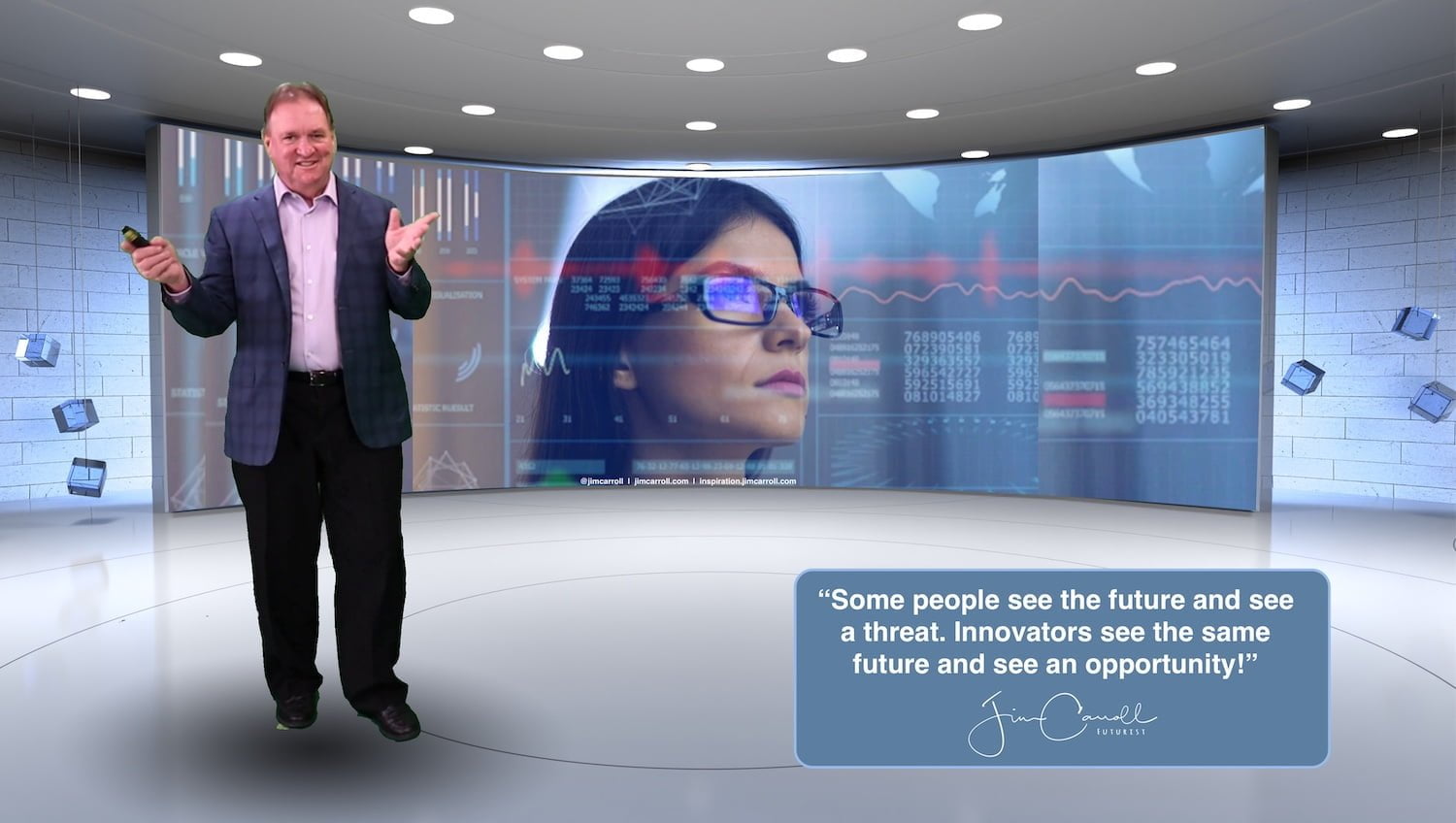 Which person are you?