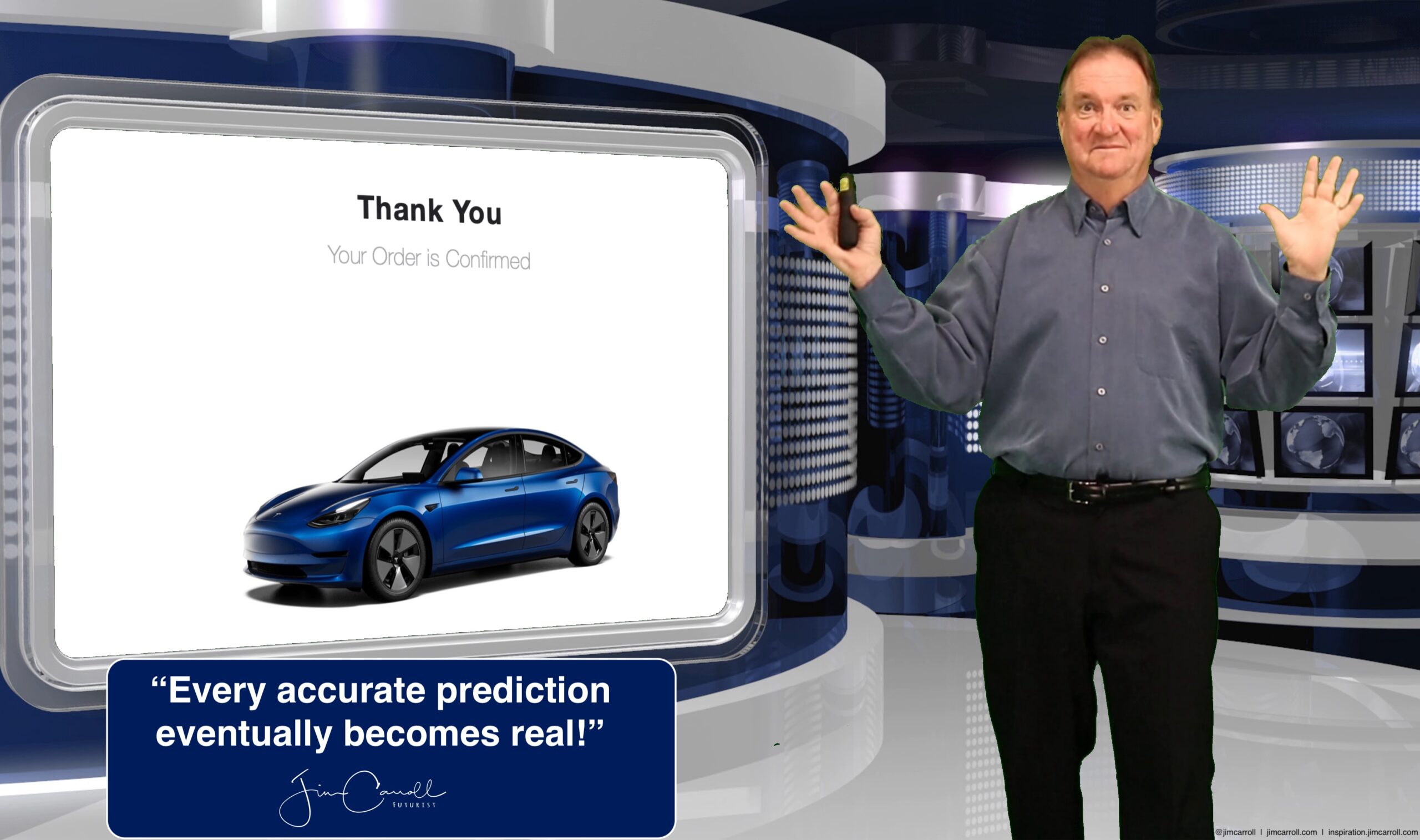 I predicted the Tesla business model at a meeting in Stuttgart, Germany in 2005; it was a global strategy meeting for the then-existing entity of DaimlerChrysler.

They laughed at me.

Lots of folks laughed at me in subsequent years as I spoke about a dealership business model that would upend traditional dealer systems; a world in which you would buy your car, sight unseen, on the Internet; about cars that essentially would become computers on wheels, receiving software updates to enhance functionality; the acceleration of battery technology and the inevitability of electric vehicles; autonomous vehicle technology and so much more.

A lot of folks have laughed at me over the years. LOL!

I got used to the laughter along the way. In my job, you have to, because you are often preaching to those who believe that the future they have today is the future they will have tomorrow.

Over the weekend, I finally ordered a Tesla Model 3. It will take quite a few weeks before it actually arrives since there are so many people now buying into a future that other folks were laughing at.

I’m looking forward to participating in the future that I have long talked about!