Plastics Today, Chicago, September 9 —The competitor who could threaten your company’s livelihood or industry’s relevance 10 years from now might not even exist today.

Carroll polled attendees, who filled the allotted seating and spilled over into a standing crowd, in real time, having them text answers to questions. He noted that at conferences with CEOs, the older generation might be unaware of how to text or Tweet an answer. When he conducted the same experiment at a high school, however, 297 of of the 300 teenagers in attendance replied within 30 seconds, laying bare the generational technology gap.

Jim Carroll, futurist and author, described the best practices of world-class innovators. That demographic difference in how technology is embraced was one of the key points Carroll described between world class innovators and everyone else. “That’s the next generation,” Carroll said of the high schooler’s who always have a mobile device at the ready. “That’s the generation that’s going to change the manufacturing industry,” Carroll said, adding that fully one half of the global population is under 25. “The next generation thrives on change,” Carroll said. “They’re wired, collaborative.”

Will it be survive, thrive, or die?
The fact that industry is dealing with upheaval is not new, Carroll said, pointing at past economic crises ranging from the oil embargo to the dot-com bust. Those times of challenge have a way of winnowing the competitive field. Carroll said studies of those periods show that 60% of companies survive, albeit barely; 30% die off; and 10% become breakthrough performers. The 90% that just endure but don’t accelerate growth have a syndrome that has become prevalent in recent years, as the economy haltingly climbs out of the great recession. It’s a condition Carroll has dubbed “aggressive indecision.”

The companies that can overcome indecision will still be faced with a much faster decision making process. “World class innovators have adapted to the speed of Silicon Valley,” Carrol said, using the medical market, and advent of gene-based preventative medicine as an example. “10 years out, 20 years out, the world of healthcare will be turned upside down,” Carroll said. “Today, we fix you after you’re sick; 20 years from now, we’ll treat you for what you will have based on your genes.”

As Silicon Valley has taken over the formerly laborious and prohibitively expensive process of DNA sequencing, the speed of development has gone up while costs have gone down. Carroll noted how it cost $3 billion to sequence the first human genome, but by the end of this year, the cost is forecast to be less than $1000.

Find opportunity
Carroll called on attendees to alter their competitive viewpoint. “When world class innovators look out and see a new trend,” Carroll said, “they don’t see a threat; they see an opportunity.”

Before finishing his presentation, Carroll called on those in attendance to take advantage of their time at the show. “Walk the show floor,” Carroll exhorted of his audience. “Find three ideas that you can implement to help get your company out of a rut.”

A brief pause between keynotes…. 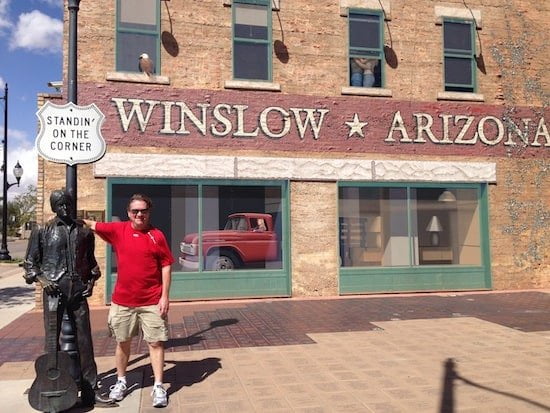 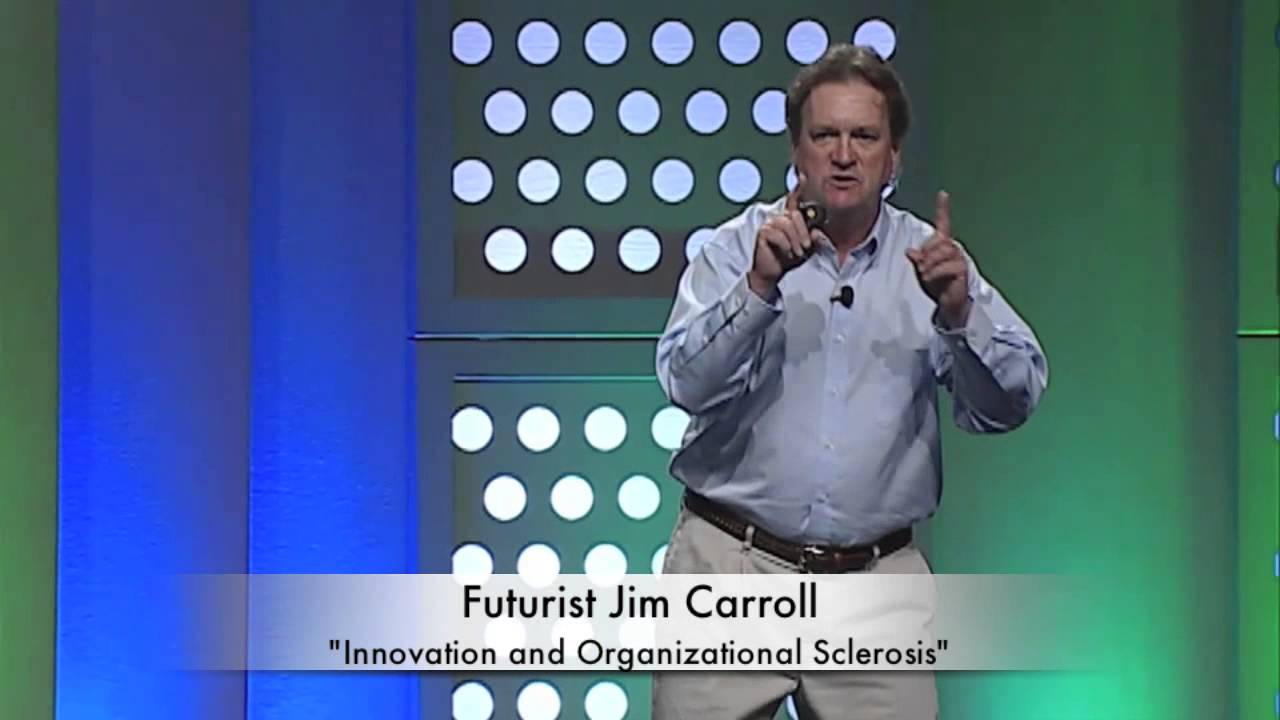 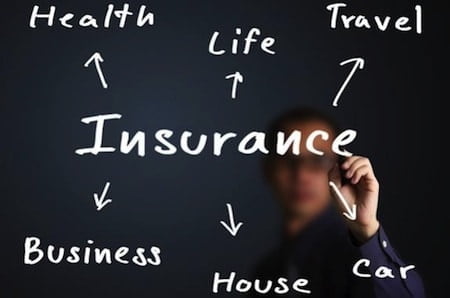 It’s catching some attention. The folks at ACORD, (Association for Cooperative Operations Research and Development),  a global, nonprofit organization serving the insurance and related industries, reached out to me during the summer for a quick interview on some of the ‘big trends and challenges impacting’ the industry.

In searching the internet, looking for current events in the insurance industry, I recently came across an article from 2009 discussing the next big thing in the insurance industry by 2015. At the time, futurist Jim Carroll had plenty to say about the unavailability of niche skills due to increased underwriting complexity; the likely emergence of “social financial widgets”; and the implications of pervasive connectivity upon the insurance marketplace.

I reached out to him for an interview and asked him just how much his views on the future of the insurance industry have changed. Below is his response.

What are the most important things the insurance industry should consider as we move into the future?
The pace of innovation for the insurance industry – and indeed, every industry – is shifting to Silicon Valley. Think about the impact of GPS based driver performance tracking technology. The innovation with this type of tech occurs with computer and hi-tech companies who know how to innovate faster.

That fact will yield more significant business model disruption. If Silicon Valley has more control over insurance industry innovation, then it will have more control over the development and implementation of new and different, disruptive business models. Don’t think that ‘disintermediation,’ which was a big perceived threat during the dot.com years, has gone away!

Add to that the fact that the next generation of insurance customers are unlike any we’ve known before. My sons are 18 and 20, and will soon be responsible for big insurance decisions. They’ll be influenced by social networks and peers, online collaboration and research, online video. Generation Next is going to be a completely different type of customer, and they’re choice as to carriers, policies and distributions will be influenced in fast and new and interesting ways!

How will those changes impact the industry and the way the insurance industry conducts business?
It means that if you are a carrier, distributor, broker agent or anyone else, you need to learn to change – and change faster! Look, folks who work in the tech space innovate at tech speed. 65% of Apple’s revenue comes from products that didn’t exist 4 years ago. With such things as GPS auto tracking, there’s the opportunity for emergence of all kinds of new and wonderful insurance products. Some folks are going to get those to market quicker than others. And consider the wired, intelligent home – it’s happening now at blinding speed, and there are all kinds of opportunities to challenge ourselves as to the types of policies we underwrite, because the very nature of risk can change. I’ve got 3 webcams in my ski chalet that instantly notify me of any unusual activity – I should have a carrier that jumps out at me with some kind of innovative new policy.

What advice would you give to those who are having a tough time bracing for the future of the insurance industry?
Some people look at a trend, and see a threat. Real innovators – and long term winners – see the same trend, and see an opportunity!

Last week, I keynoted the Medical Design & Manufacturing Show in Chicago, with a focus on both the future of health care and manufacturing technology.

The folks over at DesignNews and other publications picked up my talk; here’s an article they ran which covered some of my remarks.

The trend toward “bio-connectivity” is gaining momentum, and medical device manufacturers need to be ready to bring that connectivity to next-generation products, a futurist at the Medical Design & Manufacturing Show said this week.

“The number of in-person visits to hospitals is decreasing and the number of bio-connective, virtual visits is increasing,” Jim Carroll, futurist and author, told a gathering of engineers at the show.

Carroll challenged engineers and device manufacturers there to examine those trends and to be ready use them to innovate their products. He cited statistics showing that there are now 17,000 healthcare software apps available for smartphones, and noted that 78 percent of consumers have expressed interest in such apps. Moreover, he predicted that 500 million smartphone users will be employing health and wellness apps in the next few years. ”The patient is changing; the consumer is changing,” he noted. “And we need to align ourselves to the changes that are occurring.”

Today’s doctors are more likely to do patient consultations over Skype, Carroll said, adding that 40 percent of physicians are now willing to track patients via text messaging, email, and Facebook. He cited examples of such companies as Withings Inc., which makes a blood pressure monitor for use with iPhones and iPads, and MedCottage, which sells one bedroom “granny pods” that can be placed in the backyards of families caring for elderly patients. The cottage incorporates cameras and sensors, enabling patients to be monitored and managed from afar.

Carroll also pointed to a growing number of diabetes management technologies that enable patients to monitor themselves at home and share their data with physicians.

Some high-level healthcare executives have gone as far as to say that the need for dedicated central facilities is changing, Carroll said. “One CEO said that the concept of a hospital as a physical place is disappearing,” he told the audience of engineers. “Eventually, it’s going to go virtual.”

Carroll warned engineers not to discount such trends. He described a technical conference a few years ago where manufacturing executives laughed aloud at the prospect of anyone using 3D printers. Now, he said, engineers routinely shop for such systems at technical conferences. ”World class innovators look out at the future and see a trend, not a threat,” he said. “They see an opportunity.”