Daily Inspiration: “Reinvention is an act of faith, a creation of belief!”

“Reinvention is an act of faith, a creation of belief!” – Futurist Jim Carroll 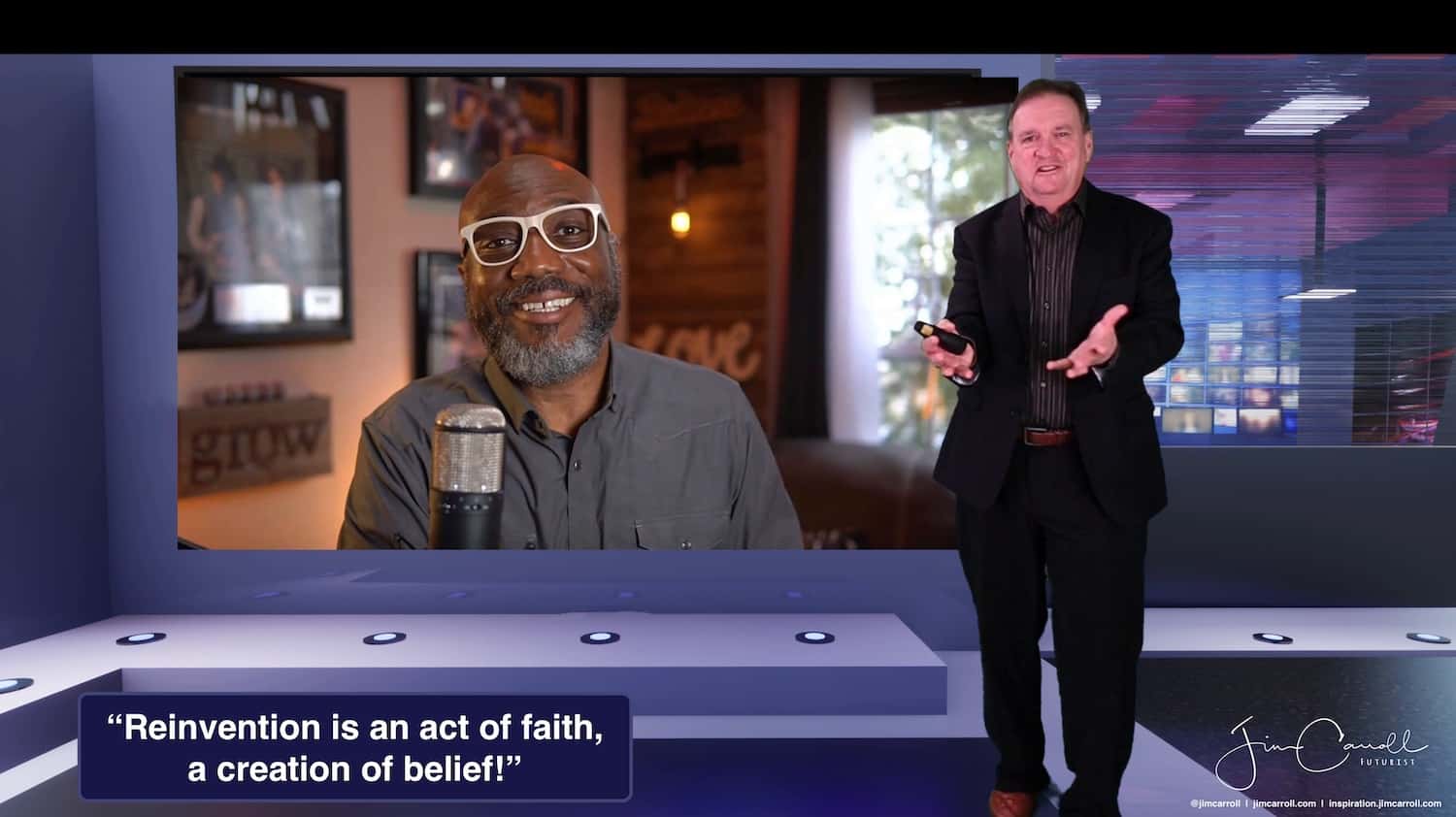 I am inspired to change; desirous of new opportunities; eager to explore the boundaries of opportunity. With that in mind, I’ve launched into a new path in my virtual broadcast studio, exploring the opportunity to bring sophisticated interview technology into my set.

I’m doing so around my new theme of “reinvention.” The concept gives me a structure for exploration, a foundation for my curiosity, and an outcome from my efforts – so much so, that I realized over the weekend that this will be the pathway for my next book!

Pastor Keith Pelzer from Philadelphia was gracious enough to spend some time with me on my fourth show, following my previous discussions with Santan Claus, a rock star and a fitness trainer! Through these fascinating voyages into opportunity, I am realizing that everyone in this crazy new world is discovering their own pathways into a new and completely different future.

I likely would never have met Keith in our ‘old world,’ but he and I share a common heritage in the video production platform we are using. We are a part of a community of people who are busy exploring, learning, testing, failing, and discovering. Our interactions are magical; our pursuit of the future inspirational; our efforts relatable.

In Keith’s view, his ability to reinvent is a cornerstone of his faith and a byproduct of his journey – prior to him returning to his father’s church, he was a Grammy award-winning producer. His mindset, as captured in my interview with him, is essentially this – if you believe it, you can do it!