Home   >   Blog   >   Daily Inspiration: “If you aren’t busy reinventing your future, you’ll miss out on the future you could have had!”

Daily Inspiration: “If you aren’t busy reinventing your future, you’ll miss out on the future you could have had!”

“If you aren’t busy reinventing your future, you’ll miss out on the future you could have had!” – #Futurist Jim Carroll 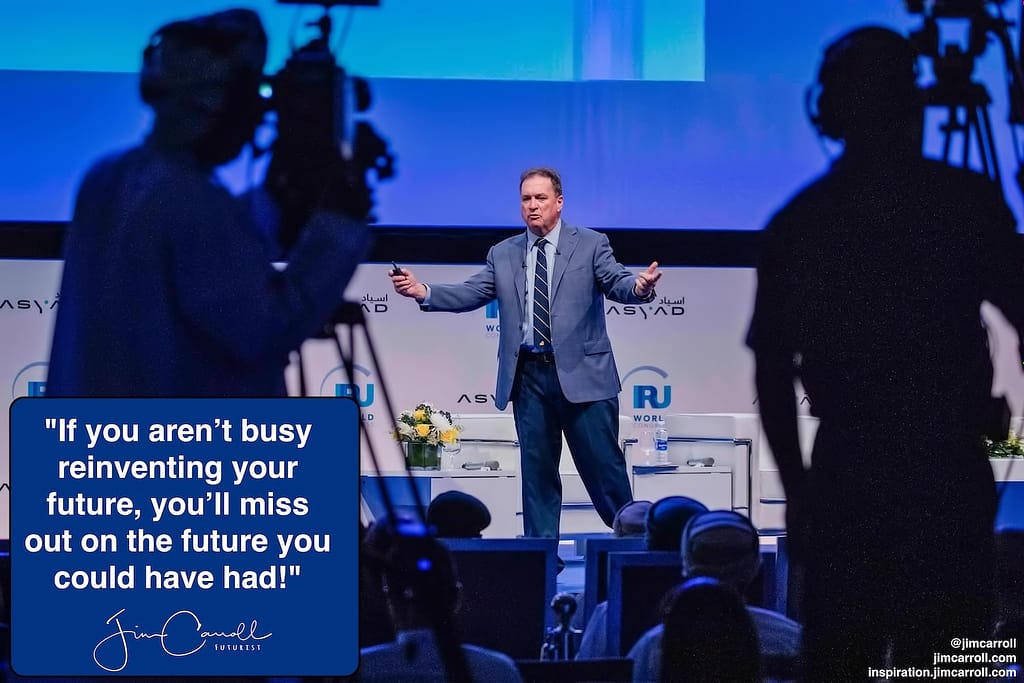 Three months ago, I would not have dared imagine that my future business model might have me broadcasting from my basement.

And yet, here we are!

But I’m making it work – and as you might have seen through the weekend, I made an appearance on the national news from my home studio. (I’ll blog the video later today.)

My mindset has always been that it is always important to reinvent, reassess and realign your future as conditions warrant. I’ve had to reinvent my career multiple times – I now seem to be busy doing it again.

If you have been following me online, you’ll know that since this thing began, I’ve been pushing hard to ramp up the sophistication of the home studio, with an understanding that my future business model might have me spending much more time there.

Some of my efforts have gone well; other efforts, not so well. One particular broadcast was the subject of an excruciatingly bad review by a professional video producer – who was quite right with his observations as to the quality of my work. While it was hard to take, it spurred me on to continue working hard to improve what I can do. The big issue has been camera quality and the speed of the machine supporting my setup, and I’m now considering potential paths forward. Never stop improving….

The key thing is that I remain committed to moving this forward, because this reinvention might be fundamental to what I do for a long, long time. If you think the world is going to return any time soon to having a bunch of people sit together in a small fast moving tube through the air, to get into a massive hall where they all share the same air together — then you need to check your thinking!

So with that – reinvent. Push the boundaries. Explore!

Invent a new future, because it’s quite likely that the old one that you know and love is gone for quite some time!