The fast casual and quick service industry is in the midst of a revolution driven by mobile technologies, rapidly changing consumer behaviour, and the faster evolution of new food fashions. 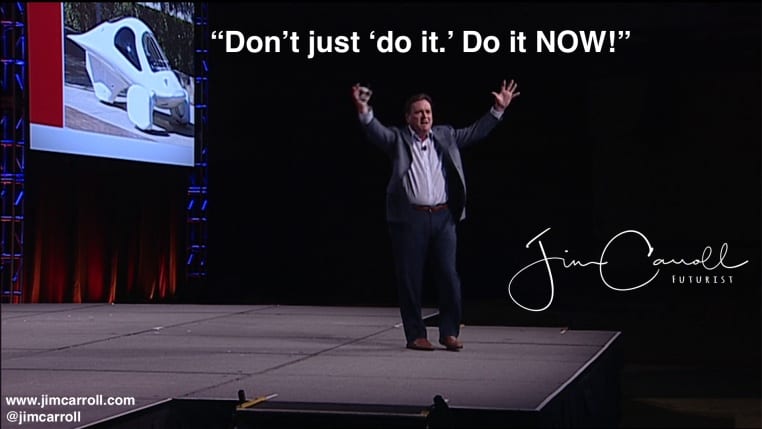 In November 2011, I was featured as the opening keynote speaker for the 100th Annual Meeting of the Texas Municipal League.

In the audience of more than 2,500 were many mayors and other elected officials of cities and towns large and small from throughout the state of Texas.

And it’s just a few days after President Obama swept to his second term in office – and so I needed to move these folks into thinking about the opportunities of the future!

Watch this quick 40 second clip and see what you think!

I appear online and in the April issue of Growing Produce magazine in Florida, talking about some trends impacting the future of agriculture.

The Future Is Now In Agricultural Technologies
March 14, 2013
By Frank Giles

If you could look into a crystal ball and see the future of agriculture over the next 25 years, you would be blown away and find some of it hard to imagine. And, you might be surprised that what seems futuristic is already happening on the farm.

Think about Apple’s iPhone. Every year the company introduces two new-and-improved versions of the phone. Each one is a little faster and can do more stuff, while the earlier versions get cheaper in price.

While all these gee-whiz advancements seem to be happening most in consumer electronics, don’t be fooled. It is happening in agriculture, too. Jim Carroll and Jack Uldrich are two popular futurists on the speaking circuit across the U.S. Both say the wave of innovation impacting agriculture will be staggering in the coming years. “We live in tremendous times and tend to overlook the leaps we’ve made particularly in agriculture,” says Uldrich.

The size of computer sensors are getting smaller, but more powerful over time, while the price drops. Imagine a watermelon field with tiny sensors spread thoughout connected to the vines to inform the grower exactly what plants need for water and other inputs. “These sensors are getting so affordable they already are being used in West Coast vineyards and on farms in Israel,” says Urldrich. “That may sound like science fiction, but who would have imagined 25 years ago that today we would have immediate access to the world’s encyclopedia in our pockets via the use of smartphones.”

Carroll says robotics will be having an impact on the farm quicker than people would believe. “The technology for autonomous vehicles is already pretty mature,” he says. “If you have a meeting with Google in San Jose, they’ll pick you up at the airport in an autonomous car. There’s a person inside ‘just in case.’ It will probably be easier to deploy on a farm than on a highway.

Given all the controversy around immigration reform, Uldrich says robots might fill in for harvest in the future.“There are people at MIT who have developed a robot so sophisticated that it can detect when a tomato is ripe and so sensitive it can pick it without damaging the fruit,” he says. “Robotic technology is getting better, faster, and more affordable. It will allow us to do much more in harvesting a wide variety of crops.”

There is a viral YouTube clip of a 1-year-old girl trying to manipulate a print magazine like an iPad. She moves her fingers around the magazine to no avail — it does nothing. Give her an iPad and she’s delighted flicking through screens with her fingers.

Jack Uldrich marvels that technology is becoming so user-friendly and intuitive that a baby can figure it out. “What will that little girl expect for information as she gets older,” he asks. “She will want to interact with information. She will want to know who grew the oranges she buys. Social media already is providing this opportunity for interaction and the demand for it will only grow in the future.”

Two years ago, I was the keynote speaker for an annual conference of Consumer Goods and Technology Magazine, and from that a great relationship was born, with a few repeat bookings into other conferences and events that they run.

And for the second year in a row, I’m featured in their 2013 Review & Outlook: The best and brightest minds in consumer goods share predictions and guidance for the coming year  publication, with many other luminaries in the industry.

My contribution follows below. You can grab the entire PDF of the report by clicking on the image of the cover. Registration is required.

The future belongs to those who are fast!

In the world of retail in 2013 and beyond, we will be seeing the more rapid emergence of new ways of doing business, and it’s leading us to a time in which companies have to instantly be able to copy any move made by their competition — or  risk falling behind.

For example, think about what is going on in retail, with one major trend defining the future: the Apple Store checkout process, which involves the elimination of the cash register. Apple has such an impact on retail design and consumer behaviour today that many other retailers are now scrambling to duplicate the process, trying to link themselves to the cool Apple cachet.

That’s the new reality in the world of business — pacesetters today can swiftly and suddenly change the pace and structure of an industry, and other competitors have to scramble to keep up.

Consider this scenario, which recently unfolded: Amazon. com announces a same day delivery in some major centers. Google and Walmart almost immediately jump on board. And in just a short time, retailers in every major city are going to have to be able to play the same game!

Then there is in-store promotion. We’re entering the era of constant video bombardment in the retail space. How fast is the trend toward constant interaction evolving? Consider the comments by Ron Boire, the new chief marketing officer for Sears in the United States (and former chief executive of Brookstone Inc.): ”My focus will really be on creating more and better theater in the stores.”

We are going to see a linking of this “in-store theater” with mobile devices and social networking relationships. Our Facebook app for a store brand (or the fact we’ve ‘”liked” the brand) will know we’re in the store, causing a customized commercial to run, offering us a personalized product promo- tion with a hefty discount. This type of scenario will be here faster than you think!

That was the reaction of a visitor to my Web site today. 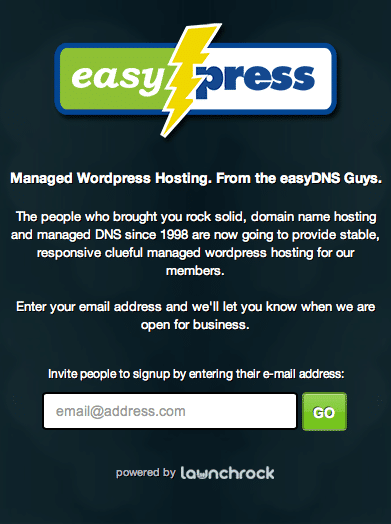 “Wow, that was fast!” And it is — you might notice things are moving along quite a bit faster today.

The folks behind the DNS service I’ve been using for 15 years — easyDNS — offered me the chance to try out their new WordPress hosting service, easyPress.

I first said no. After all, just short of  a year ago, I setup a rock solid, superfast server over at Linode, with all the latest in high speed WordPress support. I wrote a lengthy blog post about it. The thing was optimized to run with all the latest tools and tricks, include such things as Varnish cacheing and other complex methods of just getting about as much performance out of a WordPress site as you could get. I was pretty proud of my setup.

And it certainly has performed wonderfully. I had pretty good page load times of 2 to 3 seconds. So I thought I was in good shape!

The folks at easyPress / easyDNS suggested I might want to try it out anyways. So I did. For the last two weeks, I’ve been fooling around, comparing their service to my optimized site.

I came to the conclusion — they won! The performance they get on their system just blew me away in terms of speed.

And so about 5pm yesterday, I pulled the plug, so to speak, and moved all of JimCarroll.com over to easyPress.

If you are serious about your WordPress blog — and need super high speed page rendering times, blazing fast page load times, and great service, then these folks are for you.

You can get on board by clicking on the image above and registering your email address. You won’t regret it!

Convenience Store Decisions gave me a call, and wanted to speak about some of the trends impacting the industry.

The intervivew was a piece of cake — I do a lot of keynotes in the retail space. And just last year, a leader in “forecourt marketing” (which is industry speak for c-store marketing…), featured me as the keynote speaker at their Digital Forecourt Marketing Summit

Here’s the extract of my observations from the article. (Small error in the article though – I’m not based in Dallas, but Toronto!)

Shift in Consumer Demands
Dallas-based futurist Jim Carroll sees healthier foods becoming a more fundamental offering at more convenience store down the road. “You wouldn’t think it, but there is a very seismic change going on in terms of what the stores are selling,” he said. “I think they’re realizing that what people are consuming—fried foods and fatty snacks—is changing. People are much more conscious of their food consumption.”

This is a trend that Carroll has been hearing about personally—directly from c-store operators. “Wellness—focusing on nutrition and an active lifestyle—is certainly a trend,” he said. “You think about the number of convenience stores that have undertaken a shift to fresh food. The focus is not on Doritos and Twinkies. Sure, some operators do focus on these items, but your industry leaders and top quartile chains are embracing change.”

Retailers, Carroll said, are trying to get away from the traditional popping chips paradigm. “If you play into the sort of ‘life to go’ issue and recognize that people want to get in and get a healthy meal quickly, why not have those items at the ready in convenience and gas stations? Even 7-Elevens now are selling sushi.”

Promotions, too, will gain impact, Carroll predicted. “It won’t be too long before I am able to fill up my car while my iPhone is communicating with the c-store,” he said. “By the time I walk into the store an LCD TV panel up on the wall is going to recognize me and greet me with a customized commercial.”

Once the store recognizes a particular customer there are endless possibilities to upsell merchandise via text messages and electronic coupons. The constant in the equation is change.

“I see c-stores undergoing relentless change in terms of what they do,” said Carroll, “because I think consumers change so quickly. That’s a major part of what’s going on—a very fast format shift. There is a South African chain that is converting its entire c-store strategy over to fresh food—a complete format shift, because even over there they are seeing that same kind of demand for fresh food served fast.”