Are we thinking fast enough? 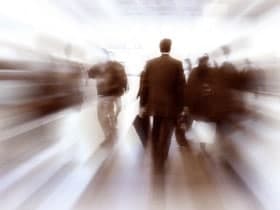 Back in 2006, I keynoted the Society of Cable Telecom Engineers at their annual conference in Tampa. At the time, YouTube was only just beginning to have an impact, and social networking was still in a nascent stage. It was January — Twitter wasn’t even around!

But there was a lot of talk at the conference about the rapid rate of change that the cable and telecom industry was facing. My job, as opening keynote, was to get them in the right, innovative frame of mind to deal with an upcoming tsunami of change.

I ended up writing an article for Broadband Magazine, on my keynote theme, Are We Thinking “Fast” Enough? I dug the article out the other day with respect to another upcoming talk within the industry.

It still makes for good reading today, starting with the observation that “in this era in which new developments and technology are coming to the market faster than ever before, everyone must become an innovator, whether it be with new business models, skills partnerships or customer solutions.”

Some of the key points I raised are even more critical today:

Run through that list, and ask yourself if that is your industry situation today.

Are you thinking fast enough?