So it seems that the World Health Organization has overturned its travel ban to Toronto. Turns out it should have never imposed a ban in the first place, given that it was based on rather shoddy science. But what about the media hysteria that surrounded the ban? In a keynote to a World Trade Center event in Harrisburg, Pennsylvania yesterday, I used the following observations, which were obtained from a Web site analyzing a crisis:

Were these comments about SARS and media disinformation in Toronto? Nope — they were written about how media hysteria managed to distort honest reporting on Three Mile Island in Harrisburg over 20 years ago.
Will some things never change?

Right after September 11, a wide variety of pundits and experts made predictions as to the impact. In this clip, from a keynote to the International Newspaper Marketing Association, Jim Carroll offers a few of those predictions, and indicates what really happened. This was based on a keynote address he provided to the association, on the theme, “How Advertising and Consumer Markets will be Impacted by 9/11” [ video ]

The Packaging Machinery Manufacturing Institute is having me mid-May to talk to them about the theme, “The Power of Partnerships: Innovative Thinking for the Packaging Sector.” In this industry-tailored presentation, I’ll be offering new ways of looking at working with and selling to other businesses to create growth and profits …. through innovative thinking as to how to partner with customers and suppliers. More info about the conference here.

Beating The Idea Rut and Dealing with Aggressive Indecision:
How to Deal with Today’s Harsh New Business Realities

The idea rut. The death of courage. Aggressive indecision. Compressed lead times. Constant contingencies. These are the challenges we are faced with today — that we must overcome.

In this video clip, I define the realities of today’s challenging business environment — and provide guidance on the cultural, strategy and business issues that organizations must address in order to shake their staff out of complacency. 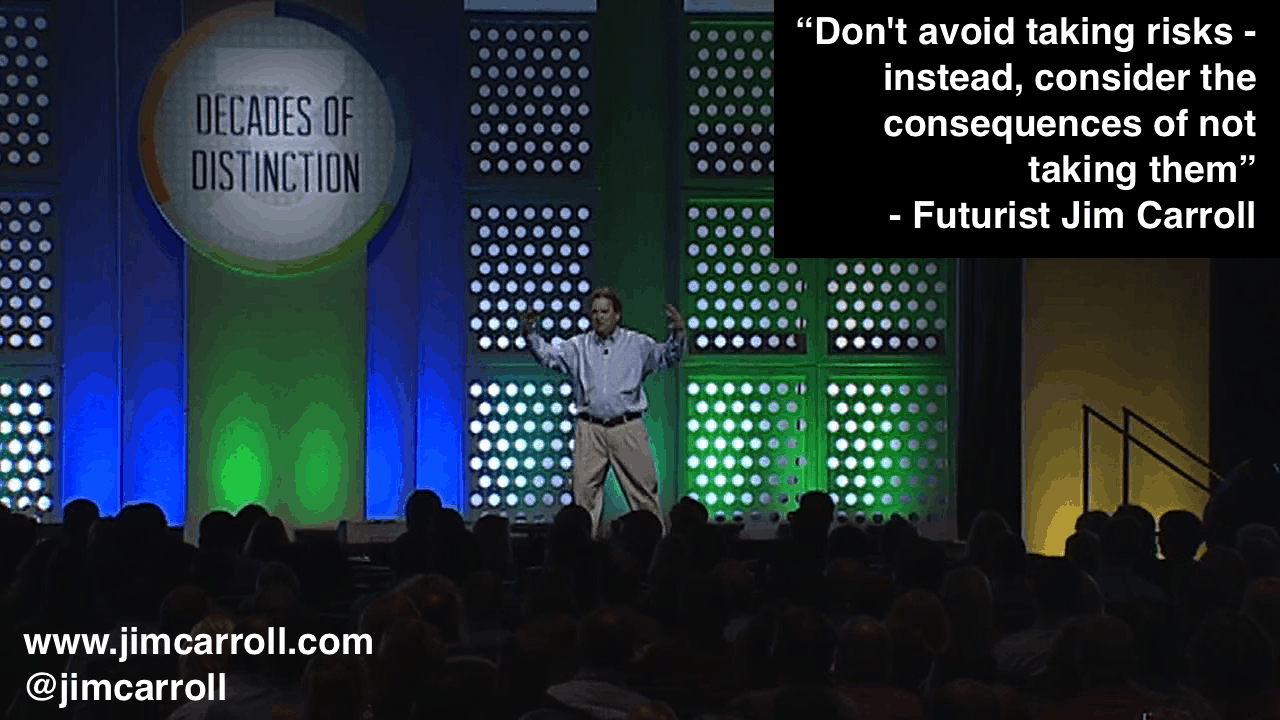 Jim spoke on the unique challenges that the insurance industry would face in the future, with cascading market risk, technological risk, and the risk from the emerging societal “expectation gap.”

“History has taught us: never underestimate the amount of money, time and effort someone will expend to thwart a security system.” My April CAMagazine article (“”Be vigilant about security”) is now online. [ article ]

Closely related to the article is one of my keynote topics, “Hackers, Crackers and Crashes : What Companies Must Do to Master Today’s Security and Privacy Challenges” [ brochure