Daily Inspiration: “If the only thing set in stone is your attitude then you still have a fighting chance!”

“If the only thing set in stone is your attitude then you still have a fighting chance!” – Futurist Jim Carroll 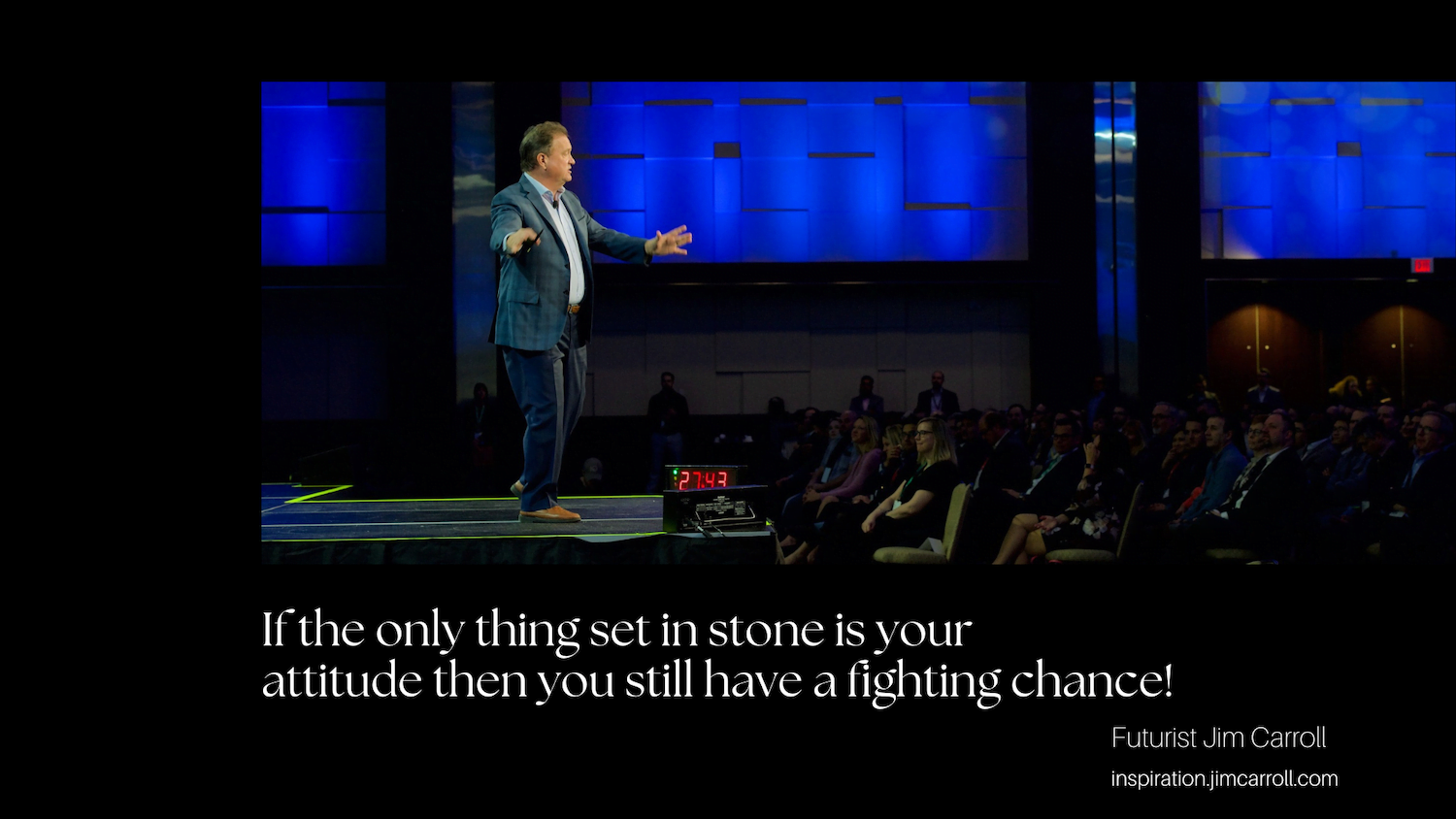 Attitude is everything – particularly when it comes to what’s next!

How do you approach the future? What’s your attitude towards change? What are you doing to align with what’s next?

I see an extraordinary number of opinions and attitudes while I’m up on the stage – you can read it in their faces. In particular, it’s easy to catch those who view every single trend. and every single issue, as something that is negative; something to be feared; something to avoid. But you can’t avoid the future – it’s going to happen to you, good or bad, whether you like it or not. It’s what you do with that reality that matters. 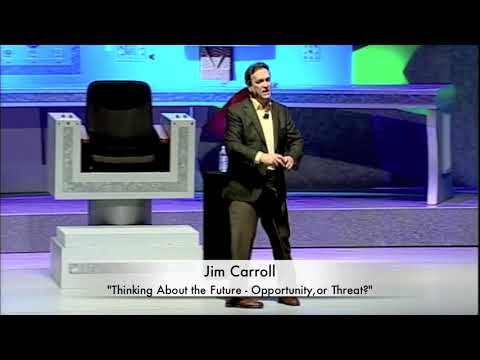 Here’s the text of the story I’m weaving on sage, and it really captures the essence of change in a nutshell:

Our future is driven by furious rates of fast change, and you can react to that one of two ways.

You can sit back and think about change, furious rates of fast change, and you can let it scare you, you can think, “I’m not comfortable with furious rates of change, I wish that everything would stay the same.”

Ogden Nash once made an observation that for a lot of folks, they sort of react to change with an attitude of, “Well, progress is great, but it’s gone on way too long.”

Or you can look at fast change and think about it from the perspective of opportunity.

What do I need to do to establish opportunity when things are evolving so quickly?

Adopt a mindset of change – what do you need to do today to adopt that mindset of opportunity? How will you change your future – before the future changes you? 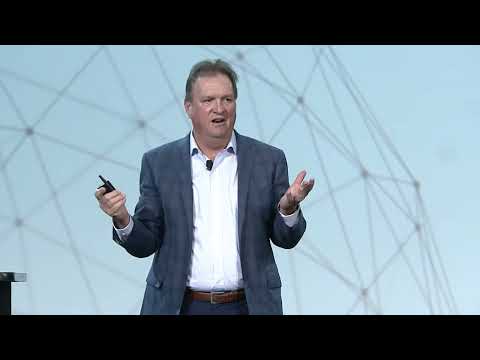 Because attitude matters! Aside from your curiosity and your initiative, it’s one of the key things you’ve got going for you – and that you can control to control your future! 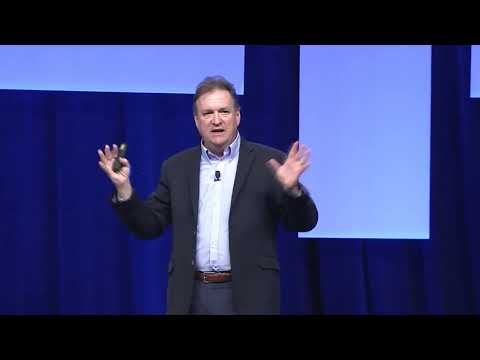 We define ourselves by the attitude we adopt, and the actions we take. Because a negative attitude will always lead you to a predictable result!” 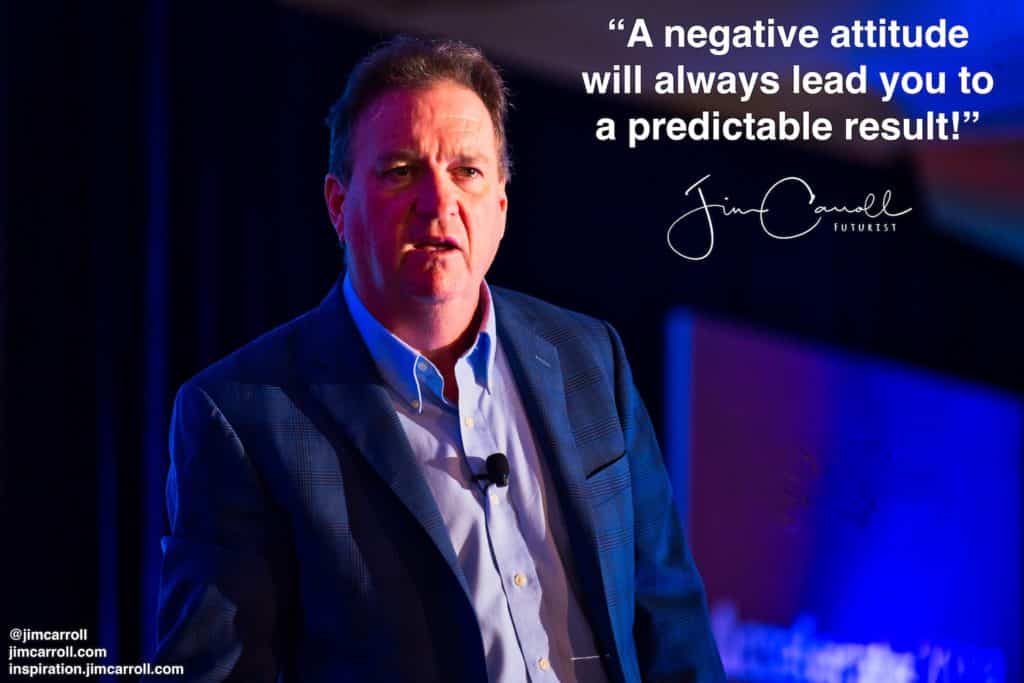 If you think about it, negativity leads to failure. You don’t hear Olympians talking about how they were focused on losing when they were at the top of the ski hill. Race car drivers who are relentless in their pursuit of last place. Game show contestants who want to walk away with the least amount of money.

The future is the same way. If you are going to pursue it, you need to be relentless in your potential for success, not the chance for failure. Your mindset must presume that you’ll win so that you’ll do everything you can to ensure that you achieve that result.

Positive attitudes are energy and fuel for action because they help to define the effort that we might put forward towards any initiative we pursue.

Here’s the kicker – your positive attitude might not always lead to equally predictable results, but it’s far better than the alternative!