Daily Inspiration: “To really get ahead in the future, you should spend more time today thinking about the steps you should take to get there!”

“To really get ahead in the future, you should spend more time today thinking about the steps you should take to get there!” – Futurist Jim Carroll 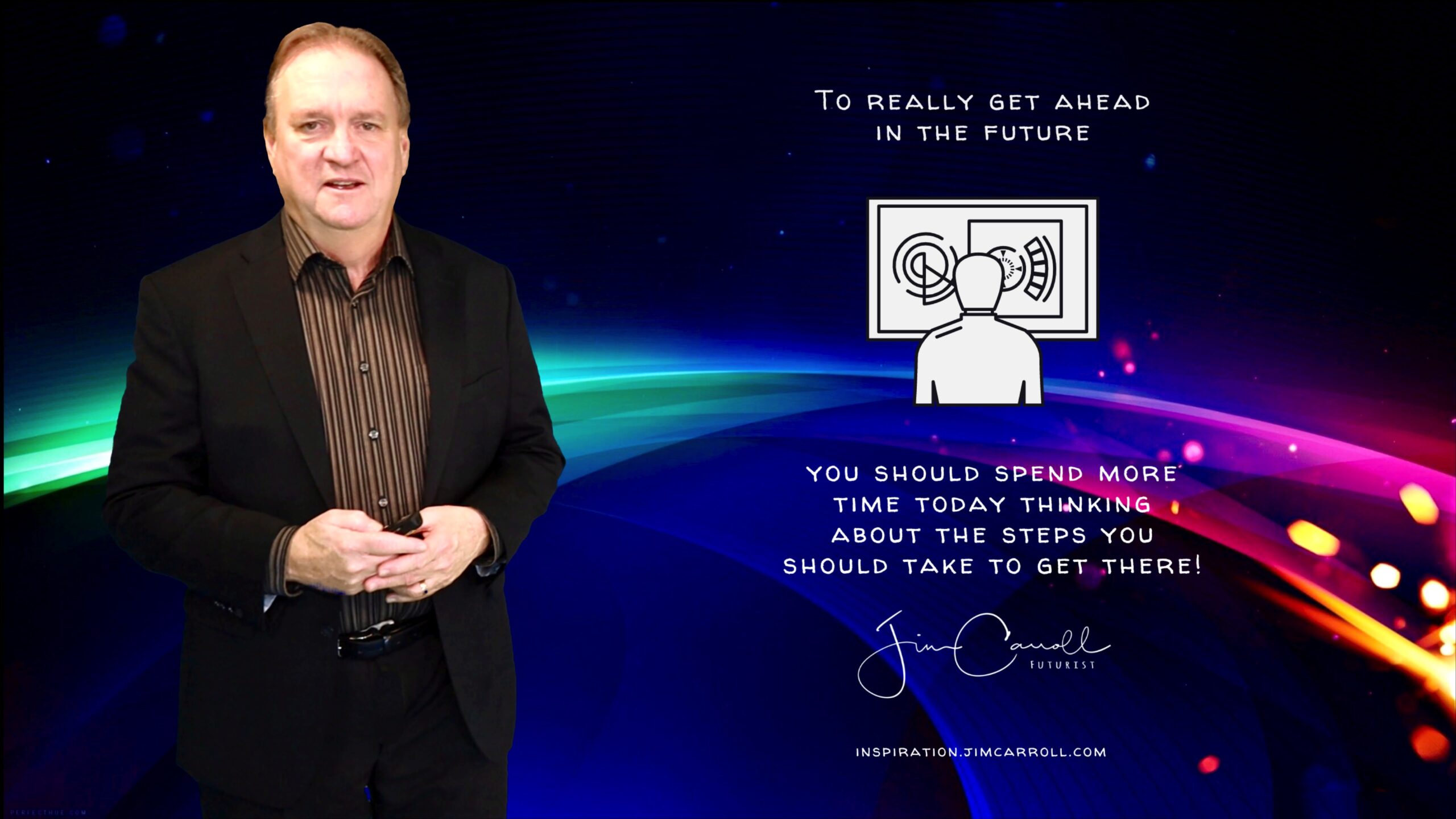 Don’t be caught up in the current moment – make the next one!

I’m always surprised by how many I meet who are in that small camp of people who understand what comes next – and yet are doing nothing to actively prepare for it. It’s almost like they’ve got a map to their destination, and yet won’t get in the car to start their trip.

Why is this? Inertia is easy, action is hard. The real barrier you need to break through in order to achieve success tomorrow is right in front of you – it’s your lack of action today!

Think about it: how many times do you sit back and say to yourself, “if only….”

If only you had pursued that great idea you once had.

If only you had decided to actually go forward with something when you thought first thought about it, instead of pushing it to the backburner.

If only you had taken the steps to actually begin taking that first step.

If only you had decided not to wait but determined it was best to get going.

If only you had ignored those who said it wouldn’t work – but decided to prove to them that it would.

If only you didn’t listen to those who said it was a dumb idea – by making it the smartest of ideas!

If only you decided that you never wanted to be in a situation in which you defined yourself by looking back with regret – but did want to be that person who defined themselves by always moving forward.

If only you hadn’t slipped into the reality of future of missed opportunities defined by the extent of your ‘if only’s….’

Ideas without initiative are empty ideas – ideas with action are so much better!