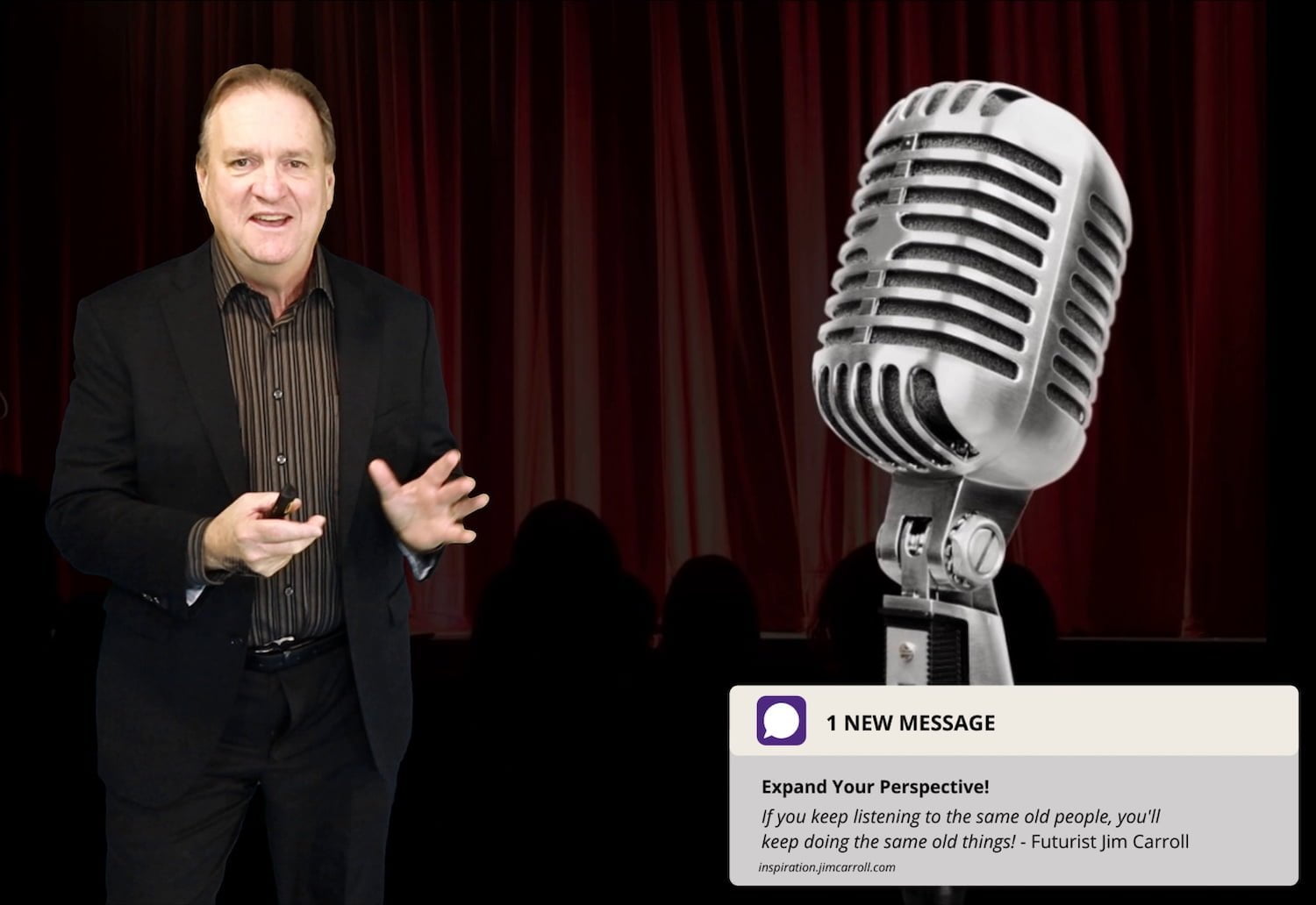 People get stuck in a mono-culture of insight, a sameness of being, a routine of predictability.  They end up doing today what they did yesterday, and will do it again tomorrow, with the result that will wake up one day and say, “WTF? Why didn’t I do anything great with my life?”

This can often be traced to the fact that they always listen to the same old people saying the same old things. Don’t do that. It’s not a lot of fun. It’s also guaranteed to send you on one of the quickest pathways to failure and getting stuck in a rut.

Break out of it. Listen to someone who is not like you

(Proviso: in this era of political extremism, pick carefully. Go too far wide, and you won’t be able to stomach what you hear!)

This monoculture of thought happens with companies and organizations too – they seek the same old insight, the same old advice, from the same old people, and end up doing the same old things. I see it all the time; I’m often contacted by a potential client, who, with great enthusiasm will exclaim on an introductory call: “We need to shake things up!” “We really need your insight to get our team to think differently!” “We need to really get them thinking in a different way!”

Then, a committee gets involved, and inevitably, I’m told: “We decided to go with an industry speaker.” Months later, I’ll look up their event, and see that they’ve booked the same fellow who has talked to them in five of their ten previous conferences. In other words, they are going to hear the same old things, the same old ideas, the same old trends and will end up doing the same old thing. The funny thing is that you can also quickly see that the organization isn’t really aligned well to the reality of disruptive change.

Break out of it! Some do – yesterday, I had one of the many other types of calls with someone who does get it. “We need an outside perspective.” “We can’t keep hearing what the industry is telling us – we need to hear what other industries are telling us.” “We really need a bigger perspective!” YES!

This begs the question – which type of insight-planner are you? Are you stuck in a bubble of routine, a culture of complacency, a factory of sameness? Or are you someone who is prepared to shake up your insight, challenge your beliefs, and restructure your attitude? The simple fact is, tomorrow, your future won’t look anything like it does today. But if you do the same old thing, it probably will. You are doomed by your culture of sameness, an inability to reach for vision, incapacitated by lemming-like thought.

It happens all too often.

Do this today – find someone weird, unique, different, odd. Spend some time with them, and listen to what they have to say. You’ll come away with a different perception of the world, and better insight into your future!