Daily Inspiration: “Business as usual: When everyone is working together to do absolutely nothing!”

“Business as usual: When everyone is working together to do absolutely nothing!” – Futurist Jim Carroll 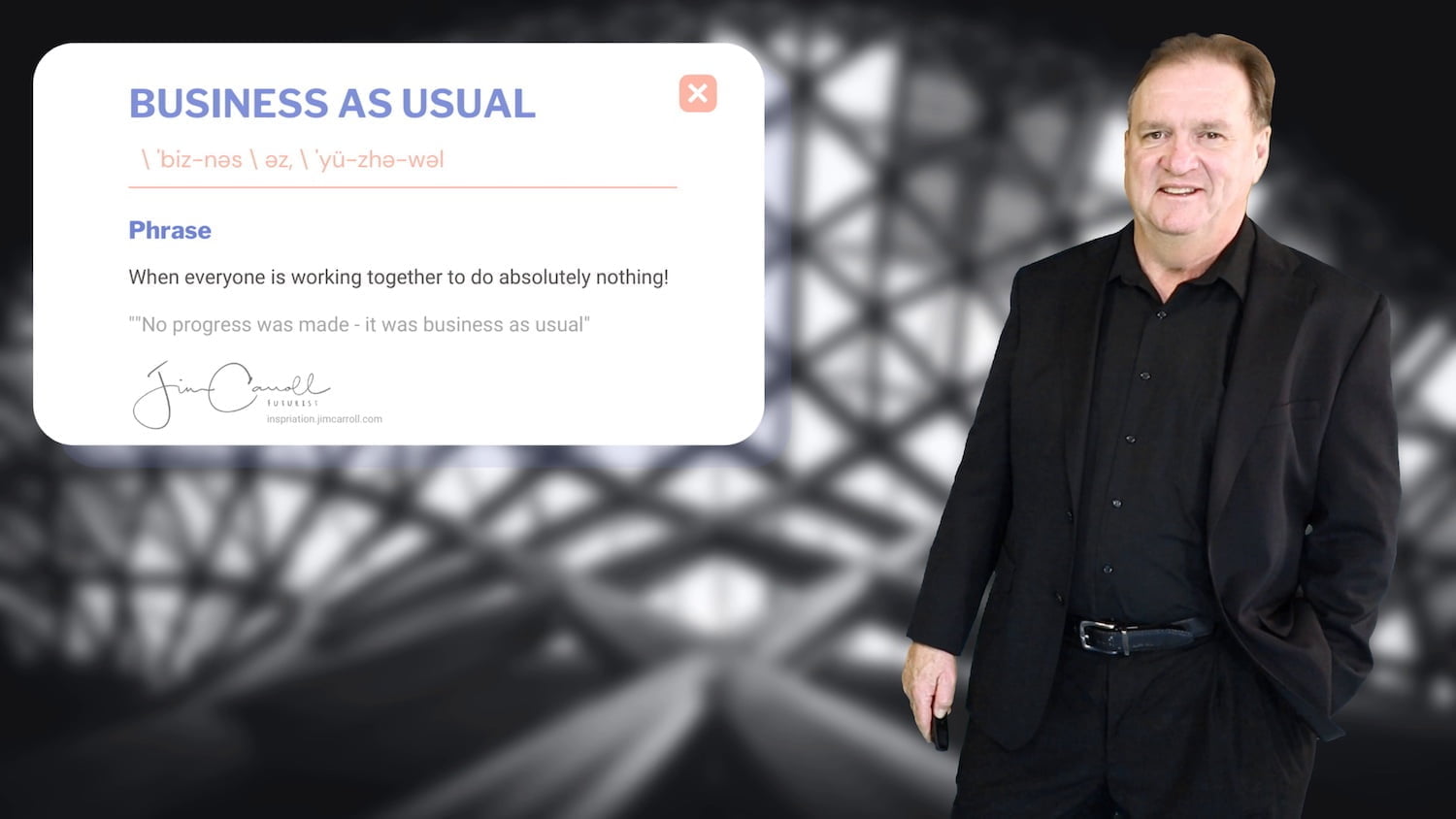 It’s a sad state of affairs when collective inaction drives an agenda, the consensus of groupthink is to just ‘wait things out,’ and a culture of immobility locks up the gears of innovation.

But that’s what happens when an organization settles into an innovation funk, a wandering wasteland, a creativity chasm. A lack of leadership defines a lack of a real strategy; a message of meandering direction settles in; a culture of complacency seals the deal.

This is what I’ve come to think as I watch the situation in Ottawa continue to unfold. There is a lot of talk, but very little in the way of actual action. Councilors plead for a court injunction to do something; city staff goes into a long explanation of why one won’t be pursued. The police chief talks of big, bold plans, which his force seems to actively ignore on the ground. The mayor runs a tight ship of regular meetings, each of which seems to do little other than raise the collective frustration level. Different levels of government-speak elegantly of tripartite cooperation, days on end, without anything emerging other than hot air. In the meantime, fast-moving collective insanity accelerates the risk of even more escalation and widespread economic damage at a real human cost.

Governments worldwide today are ill-prepared to along to today’s fast-moving events; the legal system is structured for slow in an era of fast; organizations work at a glacial speed while most of the iceberg is already melting.

This does not bode well for our future.

The same thing happens when leadership fails within business organizations. Rudderless, directionless, an actionless agenda settles in as the collective decision seems to become that it is better to do nothing to do anything. Lots of action proceeds at a furious pace, boxes are ticked, lists are checked off – but nothing is ever accomplished.