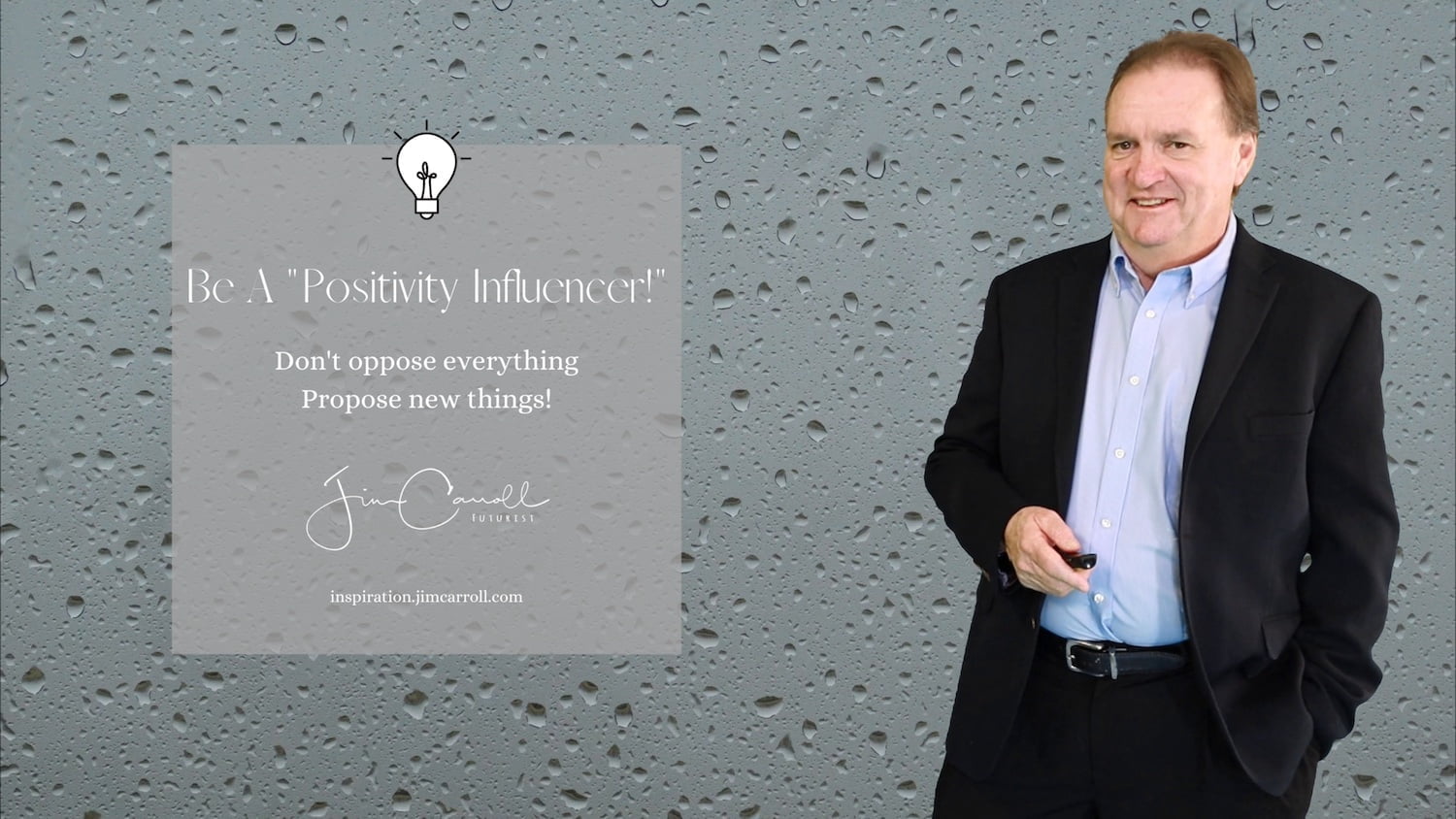 There’s so much negativity in the world – everyone is against everything!

And when you oppose everything, you are invested in nothing.

And in that context, it’s easier for people to criticize those who dare to suggest ideas, rather than come up with their own ideas. The idea-makers? They’re shot down, vilified, ostracized, shunned – and browbeaten into quiet submission. The sad thing? When everyone is whining, no one is creating.

Certainly, a lot of the negativity has to do with the pandemic – we are all tired and weary and project our frustration onto those who have to make the difficult decisions. Their failure – perceived or otherwise – with their actions – only accelerates our frustration and crystallizes our negativity.

Yet, if we are carrying this attitude into our professional or work environment, it won’t serve us well. When we become that person who shoots down every idea, people start to notice. When we are the one who comments that ‘it’s a dumb idea,’ others will take umbrage. When we constantly refuse to act on new ideas, our reticence gets entrenched. When we adopt a refrain that a new idea won’t work, we batter initiative and kill momentum.

Don’t be that person! Be the individual who influences others with a constant stream of new ideas and creative concepts. It’s better to be perceived as the person who can move others forward in a positive way than to be that one who drags everyone back with negative energy.

And with that in mind, maybe I should change my working title once again: Jim Carroll – Futurist, Professional Optimist, Positivity Influencer. It has a certain ring to it!