Daily Inspiration: “Successful  people never start their day with a goal in mind of being ‘less than epic!’”

“Successful people never start their day with a goal in mind of being ‘less than epic!’” – Futurist Jim Carroll 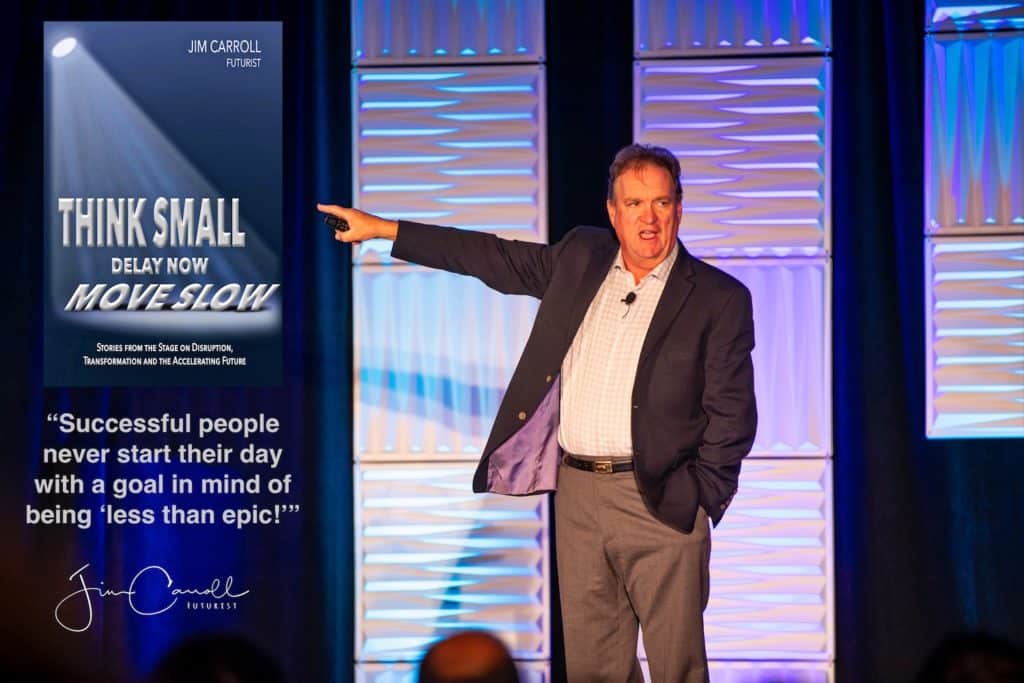 The name of my latest book, of course, is “Think Big, Start Small, Scale Fast!‘” Who would buy a book with the title “Think Small, Delay Now, Move Slow?” Who would start their day with the smallest of goals in mind, the most shallow of actions, the weakest of personal initiatives? 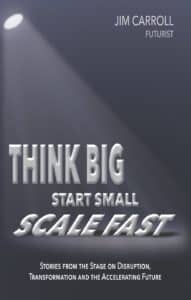 So what about the concept of being ‘less than epic?’ Why would you start your day out with any other idea in mind that having an absolutely epic, wonderfully staggering great day?

A shoutout to Ian Bates for helping me with that epic moment in which I found the phrase “less than epic” out on the golf course. It probably came when I had a momentary bit of fleeting brilliance with a chip that worked or a putt that dropped – I don’t remember the exact context. But I do know I probably immediately stopped, grabbed my phone, and typed it in – you can’t lose a great phrase like that! (Those who golf with me are willing to put up with my idiosyncrasies, I suppose.)

A life than is ‘less than epic?’ Not a chance. Each and every moment I try to live to the fullest, believing in my future, never doubting the opportunity, aware of the potential. This has come to serve me well in the last few months as my stage-based speaking career collapsed all around me with Covid-19. What’s epic? The potential in my green screen studio! New stage sets! A floor! (Stay tuned!)

Be epic, always! You can always try to be fully ‘epic’ – never set out to be less than epic. The thing about golf season is that you have the chance to get out for a round with those who are WAY better than you, but rather than focus on the inadequacies of your game, you always aspire to do just a bit better each round. Or, if it all goes right, EPIC! Such as when that 30 foot putt on number 7 dropped yesterday for a birdie 2. Totally EPIC

What does it mean to be epic? Living that a life with an attitude that you are full of your potential, eager to achieve your goals, a mindset that you are going to try to do your best, and will enjoy it along the way. Full epic, never less than epic!

Have an EPIC day!