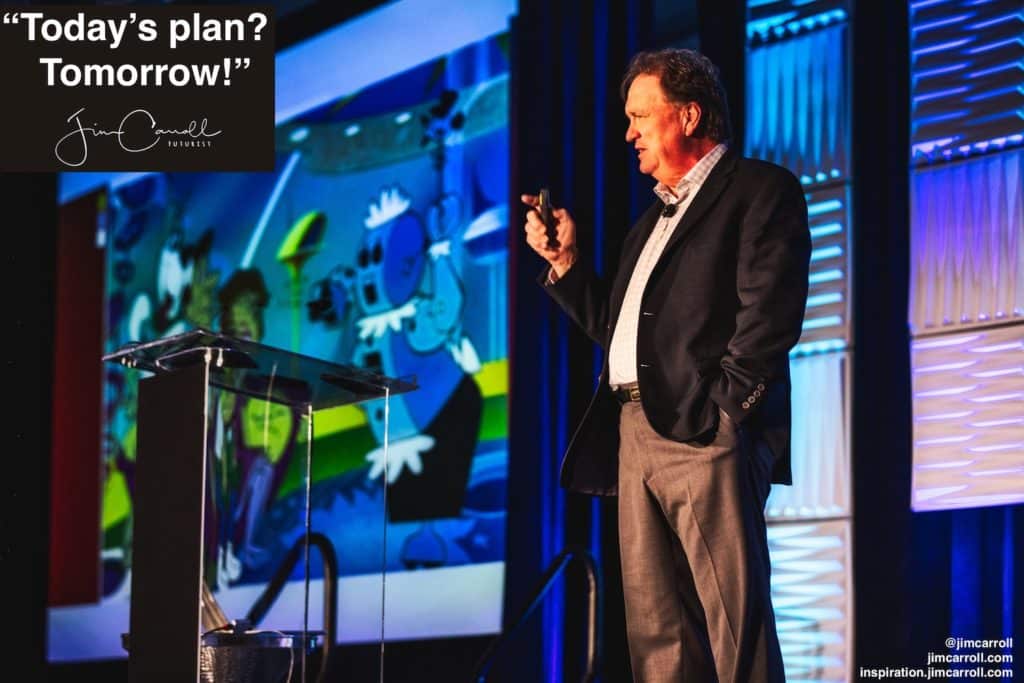 We arrived yesterday after a long travel day; later this week I’ll be the opening keynote speaker for a major conference.

Have you ever noticed the posters with quotes that the banking giant HSBC features on various jet-bridges around the world?

I’m the guy who is often stopping part way down while boarding in order to take a picture of a few because they’ve grabbed my motivational imagination!

And certainly this particular quote : “Today’s plan, tomorrow” has been resonating with me for a while, since it pretty much sums up what I’ll cover on stage tomorrow, next week, and next year!

The future is coming at us with staggering speed, and it’s full of surprises, twists and turns, disruption and opportunity.

And it’s up to you as to what you what you are going to turn it into! That’s why you need a good plan, an overview, a roadmap, a sense of direction.