Daily Inspiration: “Your worst case scenario? Blind loyalty to a disruptor without a plan, and disruption that turns to destruction!”

“Your worst case scenario? Blind loyalty to a disruptor without a plan, and disruption that turns to destruction!” – Futurist Jim Carroll 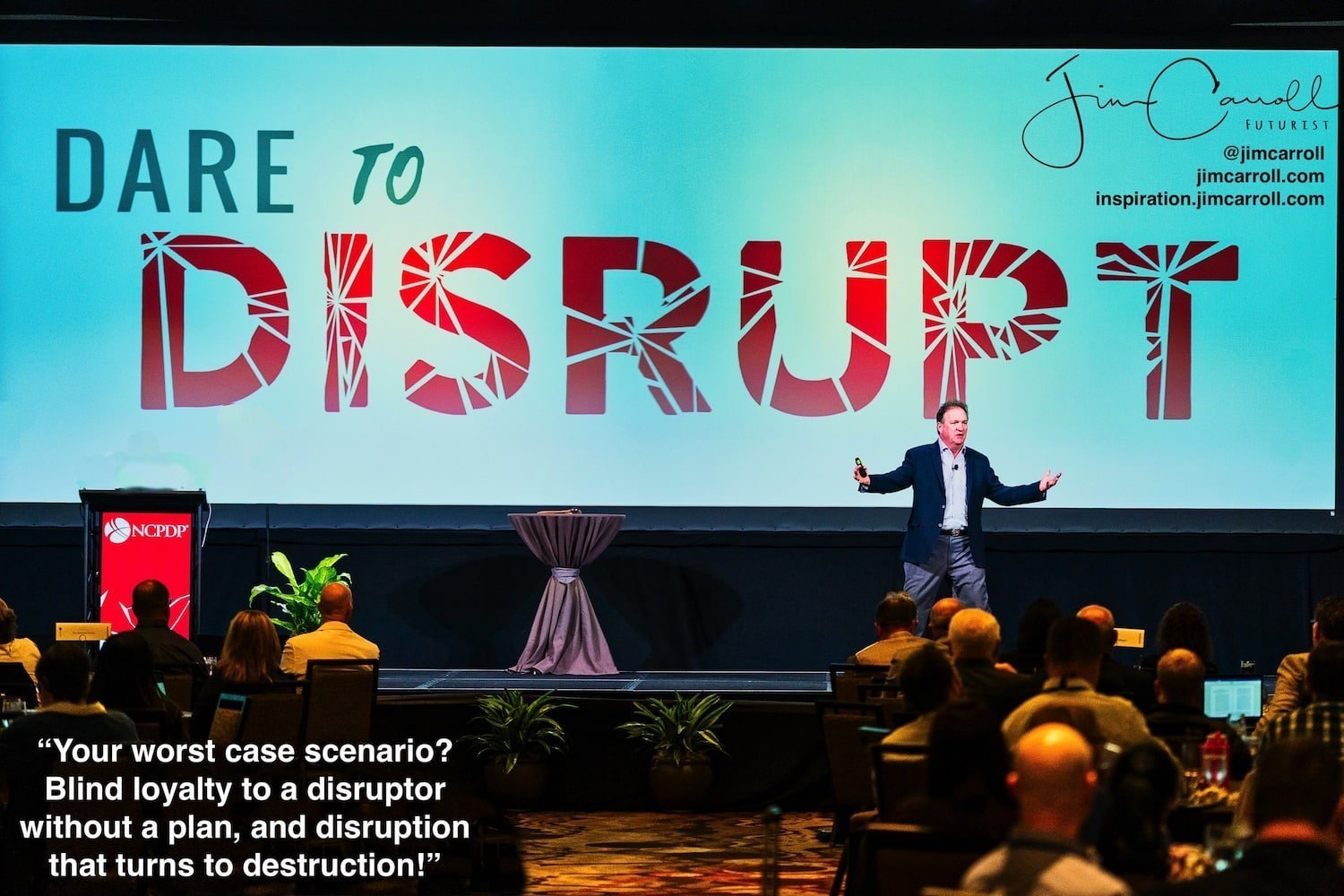 Imagine your world as you finally realize that you have a fraud artist without a strategy, a storyteller without a plot, a stable genius who really lacks in intelligent agility.

Everyone told you so – & you knew it deep down all along.

Yet, you now watch in horror as the walls start to come tumbling down. Talk swirls around you that things might not be as great as they were supposed to be.

What happened? You had a successful company, a number of great products, a fantastic global brand that people looked to with admiration. The future seemed so bright that you really wondered why you and so many others felt some dissatisfaction with your success.

And then in comes a wrecking ball of a CEO, who has somehow convinced people that they are the only one who knows how to ‘fix’ things; to correct something that really isn’t off course; to repair something that isn’t terribly broken.

They convince those around team as to the brilliance of their strategy, and the show called reality commences…

Time goes on, and then you wake up and realize that the really had no strategy; they had no plan; and in fact, had no competence.

They are utterly incompetent, and you watch in horror as disruption turns to destruction, strategy turns to insanity, success turns to failure, an admired brand turns into a laughingstock.

The ultimate reality settles in when your CEO draws simplistic pictures to try to prove a point that things are working – but you know deep in your heart that they are not.

Kodak. Blockbuster. Polaroid. Blackberry. Sears. Names get added to the list of ultimate failures. You watch as your name increasingly finds a path onto the list, following a route on a map drawn with a sharpie.

It’s hard to admit that you’ve made a mistake – no one likes to admit that they were wrong. And so your only question at this point is how to undo what has been done!

A shoutout to @Brian.Struthers for the idea of a ‘disruptor without a plan’ while out on the golf course!