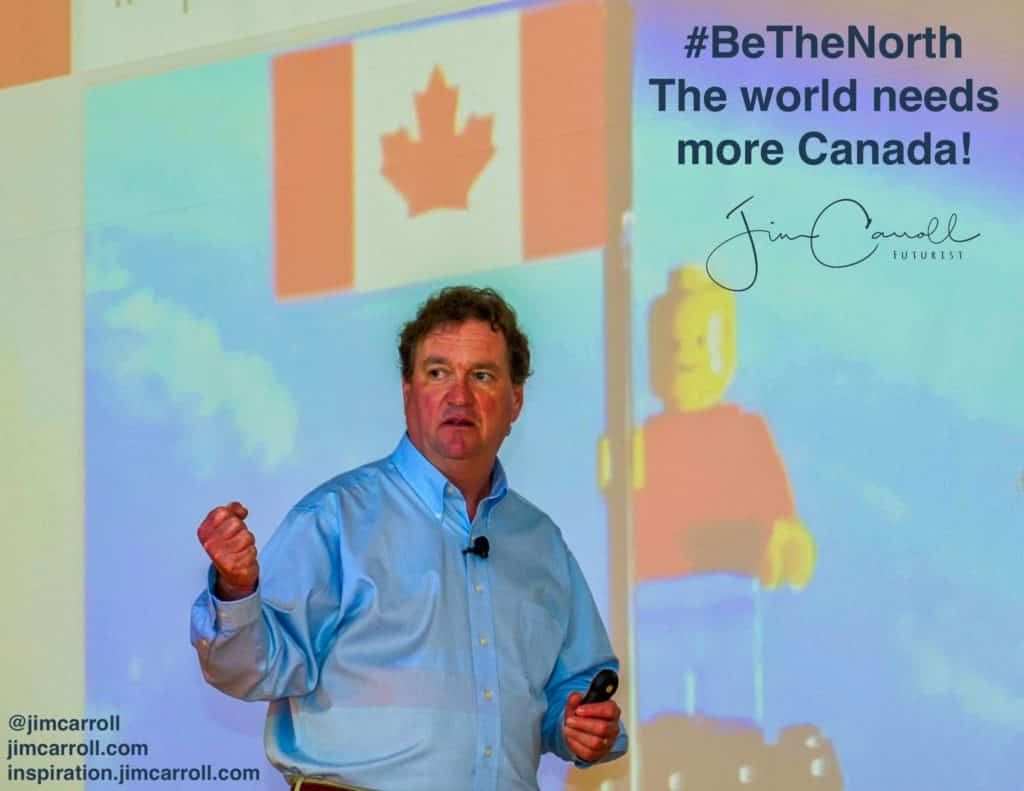 It’s a fun morning to wake up in Canada.

I’ll admit I didn’t make it to the end of the game. But around midnight, out here in the suburbs, I woke up & could hear the cars honking, people cheering. I knew #WeTheNorth had prevailed in Game 6.

I don’t know if you know, but there were apparently 57 locations across the country with massive ‘Jurassic Parks’ set up so that people could watch the game. They are named after the square outside the main stadium where the Toronto Raptors play.

Over the last few weeks, Canada has come together in one of those unique ways to cheer on the single Canadian city that they most often dislike. It’s been a pretty wonderful experience.

In my suburban city of Mississauga, with a population close to 825,000 people, it is estimated that almost 50,000 people showed up to “Jurassic Park West.”

Study the crowds at any of these spontaneous celebrations. You’ll witness one of the most diverse populations of any area in the world outside of New York and London. We’ve got the largest Sri Lankan population outside of Sri Lanka; a massive Indian population; an overwhelming presence of every nation from the Caribbean; a Polish community with delis that would put Poland to shame.

We are wonderfully ethnically diverse, and we mostly all get along. Our current hero is an Indian-Canadian named Nav – known as the SuperFan – who has been to every Raptors game since day 1, 24 years ago. He’s our current representative Canadian!

I often take my Canadian story to the stage at my events on the world stage.

In a globe racked by hatred, fear & ethnic division, we remain a strong beacon of hope & inspiration to others who cling to the powerful human ideal that we are better together than we are apart.

That’s not to say we don’t have our challenges and problems. We have racists on the fringe; hatred waiting in the wings; intolerance bubbling to the surface.

We do our best to beat it down.

If you want some inspiration and hope to start your Friday, find the photos of our nation cheering on our #Raptors – that’s Canada!