Daily Inspiration: “You should never wait for someone else to start your future!”

“You should never wait for someone else to start your future!” – #FuturistJim Carroll 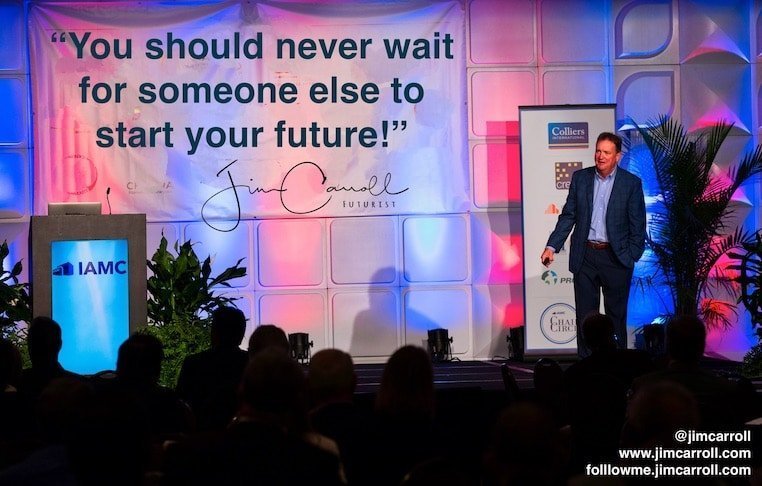 My post yesterday on collective inaction drew some great response – including a few observations that in many cases, the root of inaction lies with individuals who are stuck in a rut, unwilling and unable to make the steps to deal with the change occurring around them.

Often this happens because they are overwhelmed by the need for action. They’re terrified into inaction!

That’s not a surprising place to be – the pace of change today is massively overwhelming, and many people are unsure of where to start, how to start, or even where to go. It’s almost like you’ve been dropped into a new and strange world, without a map, and with no guidance on your destination.

You know you’ve got to go somewhere, but no one has told you where!

That doesn’t mean you shouldn’t start moving! As they say, action is often the best reaction!

This happens a lot with people who find themselves in dead-end careers and jobs. It’s a scary place to be, but once you’ve been somewhere for a few years, you have become co-dependent on the inaction of others. You sit back, waiting for someone else to do something that might kick your own initiative to pursue a change into action.

“Do. Renew your sense of purpose, and restore your enthusiasm for the future by taking action. Too many organizations, and the people who work within them, are on autopilot. They go into work each day, and do the same things they did the day before, with the belief that everything today is the same as it was yesterday. It isn’t.”

Turn off the autopilot, and steer the plane!

After all, the only responsible for your future is you.