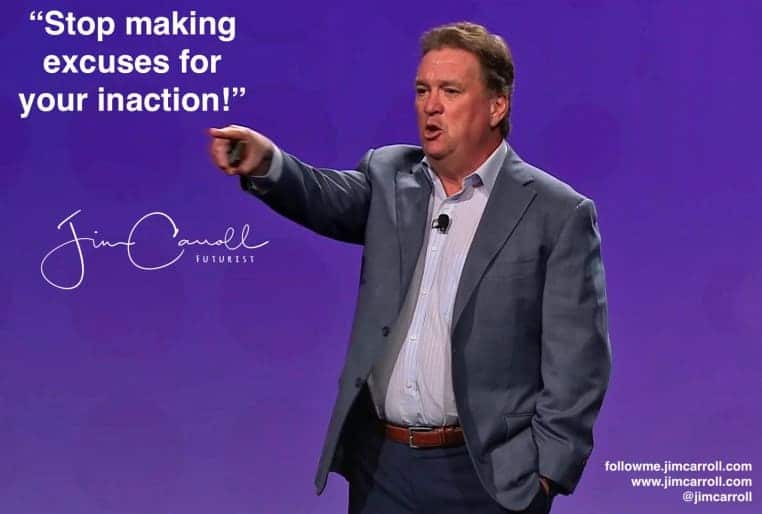 Focus instead on the story of success that will come from your actions! It’s a much better story!

People love coming up with reasons as to why they become stuck. It’s so easy to do. The result is that they miss out on the future because they are chained to the past, and don’t make the effort to break the shackles that tie them down. They refuse to pursue change because it involves just ‘so much work.’ Today I’m with a group that is involved in the home renovation / construction industry. The world of smart home technology is taking their skills and business model into uncharted territory. Many of them are fearful of the change, worried about its impact, and unsure of where to start. And so many of them will take the most natural of all human decisions – avoid it by not making a decision at all. Do nothing. Worry about it later.

And yet their industry is in the midst of massive, sweeping change, and a good number of them probably won’t be in business in 5-10 years. Inaction can kill.

Excuses are probably the worst form of failure, because you can avoid making them simply by doing what you need to do! Which is – do something! At least *start* taking action!

Excuses offer an easy way out in the short term, but in the long term, doom you to a series of failures, each one worst then the last.

Excuses provide you with a pathway for failure, when you need a highway for success.