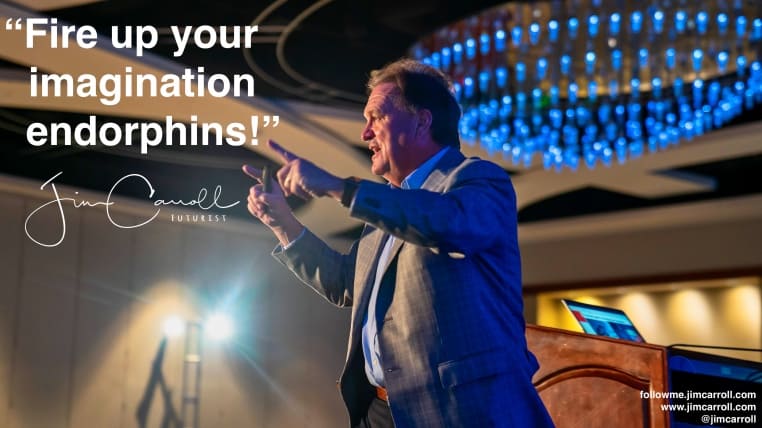 In the long run, you’ll probably do better if you seek a so-called natural high as opposed to an artificial one.

I live in a country in which cannabis is now legal for recreational use. The running joke has become that we’ve had to do this to be able to deal with the craziness south of our border.

Realistically, though, the country is into new and unchartered territory. No other large industrialized country has yet gone down this path, but undoubtedly, there will be many more that follow.

I won’t be an active participant. At this stage in my life, I take my greatest joy in the simple things – having a great golf shot, a fabulous run down a ski hill, or having an early morning swim in the ocean like I did before my keynote in Florida yesterday.
But I’m not here to pass judgement on others – as they say, to each their own thing!
Beyond the big new reality in Canada, thought here is an important concept to think about – when it comes to ideas, imagination and innovation, do you do enough of it to get a ‘high’ from it?
Your endorphins are fired as a pleasure reaction to external stimuli, and if you live a life of constant creativity, you will find that get a real positive return from it!