Daily Inspiration: “Enthusiasm is the rocket fuel of innovation!”

“Enthusiasm is the rocket fuel of innovation!” – Futurist Jim 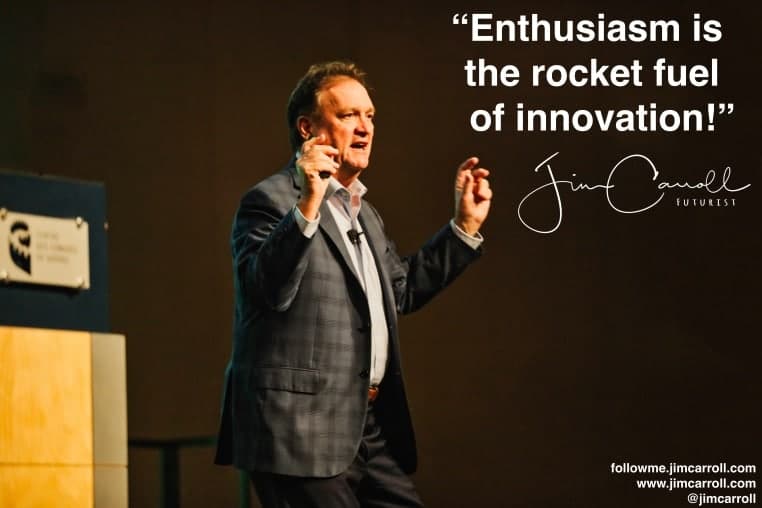 What’s that phrase? “Nothing great was ever achieved without enthusiasm.” That much is true – you won’t get anywhere or get anything done if you don’t have a passion for what you are doing.

But passion is often not enough. When you try to push your idea through the organizational sclerosis that surrounds you, you’ll find that you can’t get enough escape velocity because the wall of negativity is impenetrable. Too many people will put in barriers that will block your path. The gravity of inertia will try to pull you back into a culture of inaction.

This doesn’t slow you down because you’ve your personal enthusiasm for your idea in your engine – because after all, it’s the rocket fuel necessary for a successful launch!

Your enthusiasm means that you have such a powerful belief in your idea that you will cut through the barriers put up by those who don’t like change; who think that the status quo is good enough; who have a belief system that is based on the idea that killing ideas is an accomplishment; those who take any idea and state that it’s a dumb idea!

You’ve got the enthusiasm to go up against this type of small minded thinking ; you’ll push through that zone of negativity to get your idea into your orbit!