.
Home   >   Creativity   >   Daily Inspiration: “When your creativity runs low … top up at the imagination bank!”

Daily Inspiration: “When your creativity runs low … top up at the imagination bank!” 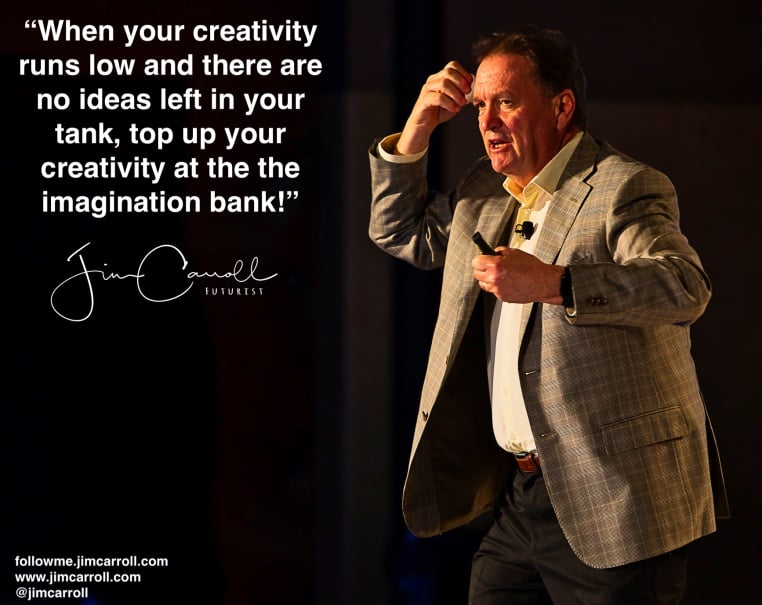 I had nothing this morning. No ideas for my morning quote. Thunderstorms rolled through last night, so it was a restless sleep for a while.

So I thought about the fact that I had no ideas – and then, had an idea! With the series of storms that we had, its pretty apparent that a few Toronto-bound planes would have had to divert last night with the storms – already, when I was on my way to bed, I noticed a few had already diverted to Montreal, Ottawa and Buffalo.

They were out of gas. I was out of ideas.

And so there you have it!

People will often say they are out of ideas; it’s not uncommon.

The real skill is finding ideas when you are out of them, and often, with a little bit of work, they are there to be found!