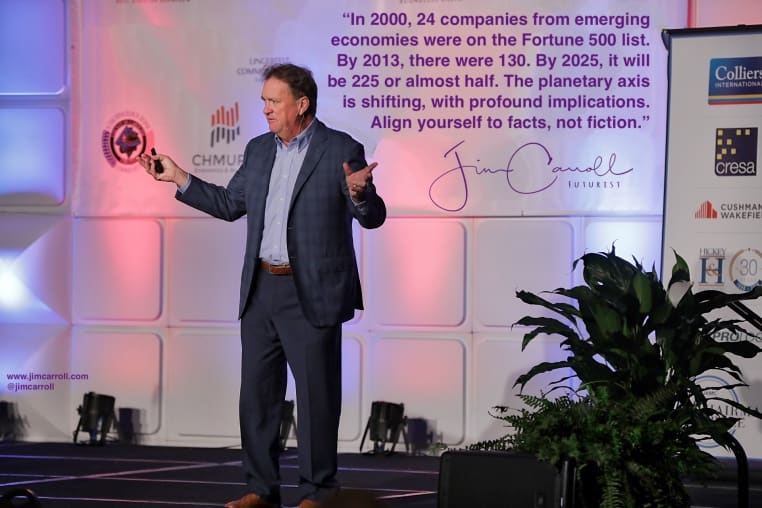 “Some days, as a futurist, it’s pretty tough because there are a growing number of people who think of a fictional future, one based more on the trends of 1950 rather than the reality of today.
And so today’s photo comes from an event I did just before I went to Tokyo, where I spoke to several hundred economic development executives from across the US, on what they needed to do to align themselves for economic growth. This is one of the statistics I used, and I’ll do a blog around the issue later today.’’