.
Home   >   Auto & Transportation   >   “…This ghost town in New Mexico could turn into one of the most important innovation engines of our time”

From my November CAMagazine column …

I owe my optimism to Google
by Jim Carroll, CAMagazine, November 2011

I am a heavy user of the Google Alerts system; it constantly scans the web for articles about future trends, innovations and many other topics that are central to my business and beliefs.

It’s a perfect tool for keeping up to date on what is going on in the world, since it can focus on topics that are important to you. 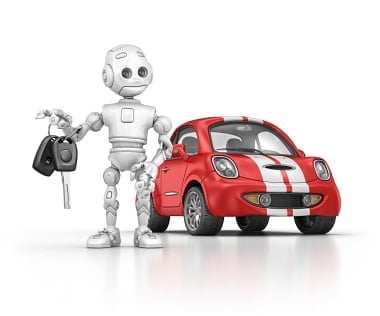 It can also be the antidote to the sense of gloom that can develop if you rely on the 24-hour news cycle of radio and television. Stories of ongoing stock-market volatility, political gridlock in the US and a never-ending European debt crisis imply there isn’t much left to enjoy in the future — that it’s all downhill from here.

That’s why when Google Alerts pulls up a little nugget such as The Washington Post article “Tech company to build science ghost town in NM; backer says project will be economic boost” (Sept. 6, 2011), you get some reassurance that everything is going to be A-OK.

Apparently, the plan is for a Washington-based company to build New Mexico’s “newest ghost town to test everything from renewable energy innovations to intelligent traffic systems, next-generation wireless networks and smart-grid cyber security systems.” This could be the perfect laboratory-type environment to help shape our world through the next several decades. For years, I’ve been suggesting that we are entering a world where everything around us is linking together and that this is going to lead to fascinating new developments.

Put this New Mexico town in perspective in relation to an article that appeared in the Globe and Mail a couple of weeks earlier (“Google gets behind the wheel,” Aug. 25, 2011). The piece outlined how Google was actively testing a series of vehicles in the San Francisco Bay area that would auto-pilot themselves through city streets, using Google Maps and a series of internal and external sensors on the car.

Fast-forward a decade or two — or maybe less — and you can see a world in which we’ve solved some of our energy, infrastructure, transit and city-crowding problems through some extremely intelligent infrastructure.

Science fiction? I don’t think so.

Everyone has an option as to how he or she wants to prepare him- or herself for the future: as a pessimist, convinced the frequent twists and turns in the global economy indicate economic gloom is our future, or as an optimist, who knows there are a tremendous number of innovative people dedicated to discovering the next big thing, and working to solve some of the major problems our global society faces.

This ghost town in New Mexico could turn into one of the most important innovation engines of our time. I have no doubt that at some point we will have highways and city streets full of cars that effortlessly guide themselves along. We’ll have extremely smart buildings that will regularly interact with the presence and activities of their inhabitants to manage their energy usage, helping to reduce our use of energy worldwide. We’ll see the emergence of fascinating, hyperconnected healthcare technologies that will allow an increasing number of baby boomers to live out their senior years in the comfort and safety of a connected community rather than traditional seniors homes.

The future is out there — and it’s yours if you choose to watch it and track it.